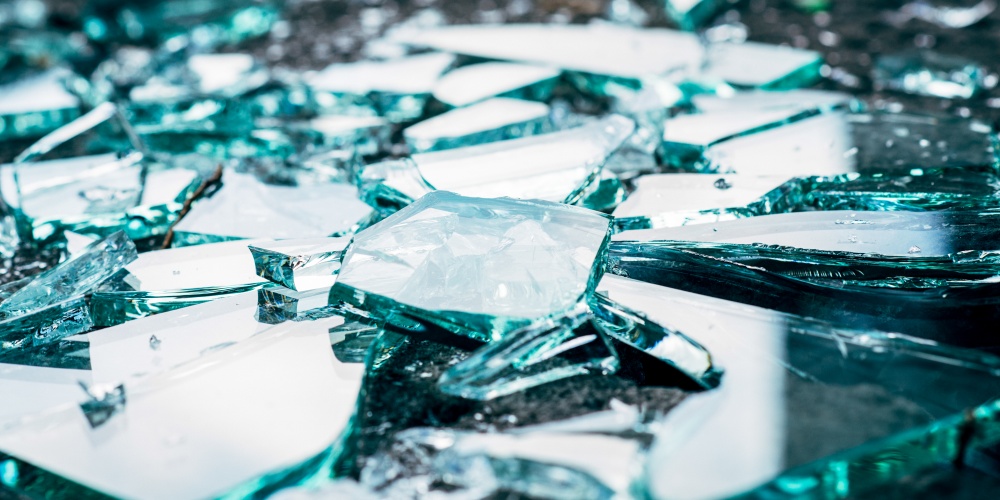 A Jewish wedding consists of two distinct parts: eirusin and nisuin. In eirusin (also known as kiddushin), the chatan gives the kallah something of monetary value—the universal custom is to give a ring—and declares, Harei at mekudeshet li b’taba’at zo k’dat Moshe v’Yisrael, "Behold, you are betrothed to me with this ring according to the laws of Moses and Israel”. With the giving of the ring, the couple are legally married—a get is required to dissolve the union—yet they may not live together until nisuin, i.e., the chuppah accompanied by the sheva brachot and followed by yichud.[1]

While today, these two “ceremonies” are performed in immediate succession, it was not always so. In Talmudic times there was a delay of up to a year between eirusin and nisuin, allowing the members of the couple, each of whom continued to live at home, to ensure all was in order before they held the wedding. Such a delay may have made sense when couples wed at a very young age. With time, though, our Sages realized that it was not a good idea to be legally—but not functionally—married, and the practice developed to perform the two parts of the wedding one after the other.

It is this practice that led Rashi (see Aruch HaShulchan 62:8) to institute the custom of reading the ketuba at the wedding. With the practice of saying both the birkat eirusin and birkat nisuin (i.e., the sheva brachot) over a cup of wine, performing the rituals back-to-back meant saying boreh pri hagafen twice. That would be fine if the brachot were made a year apart, but when recited in quick succession, one runs the risk of saying a bracha levatala, an extraneous—and hence forbidden—bracha. In order to create a hefsek, a divisionary break, the reading of the ketuba, the first prenuptial agreement, was instituted.[2] This is a somewhat questionable solution. It’s a bit of a stretch to claim that spending two minutes reading a document, knowing that one will drink shortly, can serve as a legitimate hefsek. To help increase the separation time, it is best that the ketuba be read slowly. For the same reason, it is at this point in the wedding that the rabbi should speak.

When a couple gets engaged,[3] one of the first items of business is to set a wedding date. In much of the Western world, prime wedding season is relatively short, lasting from approximately mid-May to the end of summer. Few people are interested in a winter wedding. For observant Jews, these considerations are less relevant. Much of the spring is off limits because of sefirah, the period of counting the Omer, and three solid weeks of summer do not work because of the “Three Weeks,” the mourning period leading up to Tisha B’Av.[4] Interestingly, it is not only on sad occasions that a wedding is inappropriate; Jewish law dictates that one should also not marry on chol hamoed. Each simcha deserves its own focus, and getting married on chol hamoed would inevitably mean that the joy of the wedding would shift our focus away from celebrating Pesach or Sukkot.[5]

If one is concerned that a wedding will take our focus away from celebrating a holiday, how much more so would this be the case regarding a period of mourning? “When Av enters, we limit our joy” (Taanit 26b). Marriage and Av—at least the first nine days—do not go well together.

And yet, in a halacha that almost defies belief, all our major codes rule that one may perform eirusin, i.e., a legal marriage, on Tisha B’Av. In other words, in the middle of kinnot—while sitting on the floor, supposedly lamenting the many tragedies that have befallen our people throughout history—one can take a break, call over two witnesses and maybe a minyan too, place a ring on one’s fiancée’s finger, and recite harei at mekudeshet li b’taba’at zo k’dat Moshe v’Yisrael. How could this be? Would this not be the height of selfishness, turning one’s back on Jewish history to celebrate a personal joy? While the community sits and mourns, one couple is busy getting married. True, one would have to wait until the next day for nisuin, but even allowing eirusin is hard to believe.

The standard explanation for allowing eirusin is shemah yikdamenu acher, that if one does not marry his bride here and now—even on Tisha B’Av—someone else might do so first. It is inappropriate to begin the wedding process on Tisha B’Av, but given the possibility that one might not be able to do tomorrow what should have been done yesterday, we choose marriage over mourning.

And yet I think there is a deeper message in this beautiful law. Getting married is a statement of faith in the future. We look ahead to a life of dreams fulfilled, of passing on our way of life to the next generation. When people have no faith in the future, they may not marry, and surely they will not bring children into this world. That is exactly what Amram did in Egypt, divorcing his wife and prompting others to follow his lead (Sotah 12a). It was only after Miriam told her father that his decree was actually worse than Pharaoh’s—who did no harm to newborn girls—that he remarried Yocheved and gave birth to Moshe.

Tisha B’Av is the day that could have marked the end of the Jewish people. Exile, destruction, divine anger—what was the point of continuing on? Incredible though it sounds, there were those who advocated for bringing an end to the Jewish people: “Rabbi Yishmael ben Elisha said: From the day that the Temple was destroyed, by right, we should decree upon ourselves not to eat meat and not to drink wine…and from the day that the wicked kingdom spread, who decree evil and harsh decrees upon us, and nullify Torah and mitzvot for us…by right we should each decree upon ourselves not to marry a woman and not to produce offspring, and it will turn out that the descendants of Avraham our forefather will cease to exist on their own. However, leave the Jews alone. It is better that they be unwitting sinners, and not be intentional ones” (Bava Batra 60b).

Rabbi Yishmael argued that following the destruction of the Temple, there was no point in the Jewish people perpetuating themselves. Why marry and have a family if we are all going to be killed anyway? Indeed, the Talmud explains that it was only because most Jews would not abide by such a decree that it was not promulgated!

Living through the horrors of the destruction, one can appreciate such a view. But the Jewish people have rejected it because we are life-affirming. We marry on Tisha B’Av to give credence to our belief that we are an eternal people. We continue to marry and have children irrespective of the circumstances. We know that one day—maybe sooner, maybe later—we will witness the fulfillment of Zecharia’s prophecy: “The fast of the fourth month, the fast of the fifth month, the fast of the seventh month, and the fast of the tenth month shall become occasions for joy and gladness, happy festivals for the House of Judah; truth and peace you shall love” (Zecharia 8:19).

Our Sages have linked the destruction of the Temple to sina’at chinam, needless hatred, amongst the Jewish people. When a couple marries, the ahavat chinam they display is the first step to “rebuilding one of the ruins of Jerusalem” (Brachot 6b).

[1] Today, the norm for many is to live together without being married, the polar opposite of kiddushin, holiness.

[2] This may explain why many have the misconception that the ketuba is the actual marriage contract.

[3] There is no halachic equivalent to the modern-day engagement. If memory serves me correctly, I recall Rav Schachter noting that giving an engagement ring was the equivalent of tenaim, in which both families affirm the commitment to marry.

[4] This is actually only true for Ashkenazim. The Sephardic custom is to allow weddings up to the Nine Days.

[5] In a short, fascinating teshuva, Rav Dovid Tzvi Hoffman (Melamed L’Ho’il 3:1), the great German posek at the turn of the 20th century, ruled that one may marry during the aseret yemi teshuva. While many assume it is not allowed—presumably because it would shift our focus away from teshuva—he notes that yagati v’lo matzati, he “toiled and could not find” a source to forbid such a practice. He notes that the great merit of getting married “could tip the balance of judgment in one’s favour.” He then notes that he himself got married on the sixth of Tishrei, 5633 (1872).