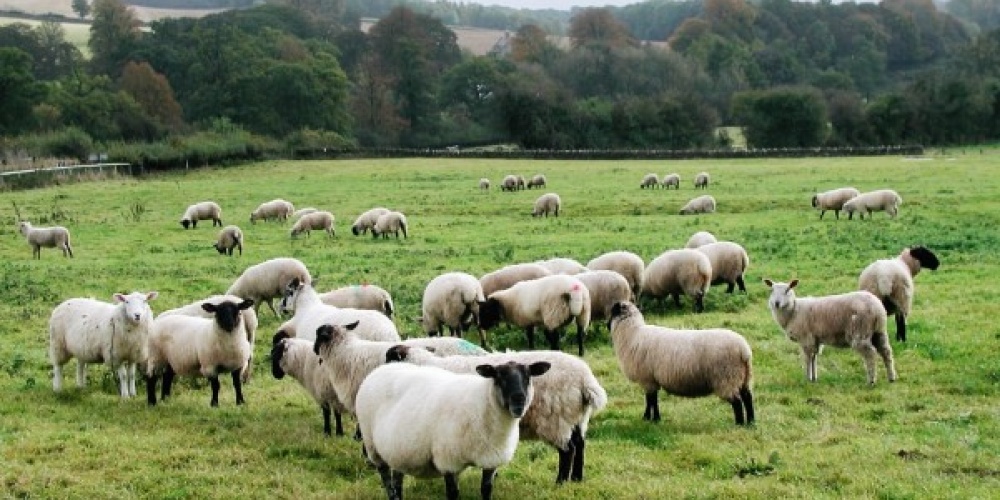 Abram, Sarai, and Lot returned to Israel after their stay in Egypt, one which had brought them great financial success. As is too often the case, with increased wealth comes increased fighting. Instead of being thankful for one's blessing, one is cursed by one's "success". "Whoever has one hundred, desires two hundred" is one of the most tragic of human conditions. The herdsmen of Abram and Lot were no different. Abram, however, was.

"And Abram said to Lot, 'Please, let there not be a dispute between you and me, and between my herdsmen and your herdsmen'" (Breisheet 13:8). Abram understood that good fences make good neighbours, and he suggested that he and Lot build many, many fences. "Please separate from me; if you go left, I will go right, and if you go right, I will go left" (Breisheet 13:9). Despite their physical separation, Abram still cared deeply for his nephew. We soon read how he risked his life, "arming 318 trained men" (Breisheet 14:14) and leading them into battle to rescue Lot. Sometimes one must go to war to save the life of just one person, even one of dubious moral character—a lesson Abram demonstrated for future generations.

The importance of grazing only on one's own land is further demonstrated by the astonishing fact that the Torah introduces G-d's first appearance to Moshe with the verse, "and Moshe was shepherding the sheep of Yitro...far into the wilderness" (Shemot 3:1). As Rashi explains, this was "to stay far away from thievery"[1].

According to this interpretation, the latter part of the verse, the Canaanite being in the land, serves to explain the first part, the fight between the herdsmen. But perhaps we can also explain the verse the other way around, with the first part of the verse explaining the second. Perhaps the reason "the Canaanite and the Perizite were then in the land" was because the herdsmen of Abram and Lot were fighting with each other[2].

Our claim to the Land of Israel is only as strong as our ties to our fellow countrymen. If we do not get along with each other in the land, we will be forced out of that very land. G-d told Abram to leave his family, promising that his descendants will inherit the land. At the same time, the Torah teaches that infighting means that we are neither ready nor able to take possession of such.

While it was not Abram, but Abram's herdsmen who were fighting, this matters little. No matter how great a leader one may be, if one does not inspire others to follow, one cannot properly fulfill that mission.

[1] My uncle, Rabbi Wolfe Kelman z"l, once complained to my grandfather (whose name I bear) that he, at a young age already steeped in Talmudic learning, did not want to go to school to learn silly nursery rhymes like "Baa Baa Black Sheep". My grandfather responded that G-d chooses as leaders those who properly tend their sheep.

[2] While the Torah tells us that we could not inherit the land until the sin of the inhabitants was complete—and at his point, our non-possession of the land was not related to our sins—the Torah is written not for its historic account of events, but as a moral message for future generations. It is not Lot's herdsmen that interest the Torah, but rather the "herdsmen" of today.