Last Day(s) of Pesach: Reach for the Top 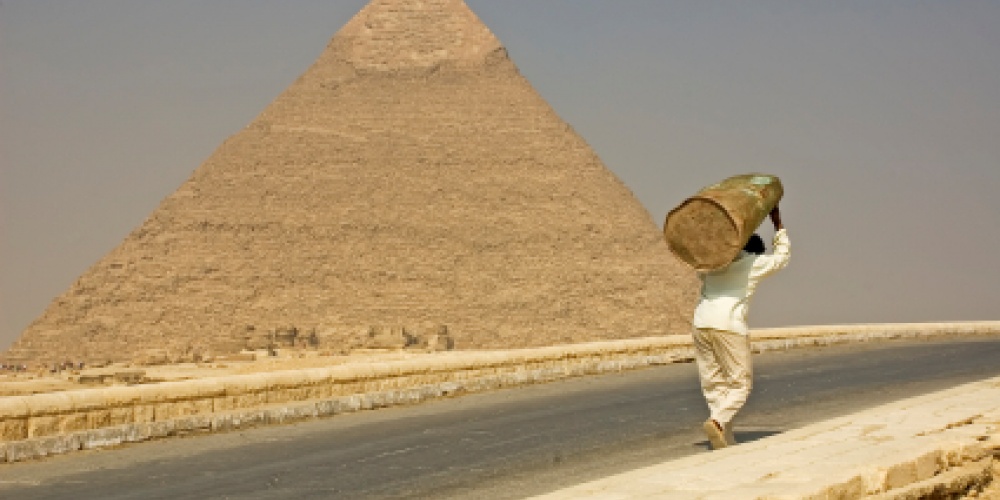 As we all know too well, there is often a gap between the ideal and reality. In trying to implement our goals, we all too often fall prey to conflict, apathy, inertia and reality. The Jewish people faced this same problem as they approached the sea. Behind them was the advancing Egyptian army with its mighty chariots; in front of them was a foreboding sea. Yet their miraculous escape from the most powerful country on earth seemed to have finally convinced them that G-d surely would protect them. Hence, the Talmud tells us that the Jews fought with each other over the privilege of being the first to jump into the sea (Sotah 36b).

Being a hero is easy when the sea is miles away. Upon actually approaching the sea, it was a different matter indeed[1]. Everybody waited around for somebody else to take the initiative. The courageous talk gave way to grumbling against Moshe and G-d. “Aren’t there enough graves in Egypt?” they demanded. “Let us go back to working for the Egyptians,” they shouted. Faced with a hurdle, a defeatist attitude overtook them. Yet at least one person had not lost his faith in G-d’s salvation. Nachshon ben Aminadav, who was later to be appointed head of the tribe of Judah, boldly jumped into the sea, taking that first necessary human step. Without it, we might have perished then and there, making the Exodus an exercise in futility. Because Nachshon ben Aminadav took that first leap, G-d leaped into action, guaranteeing the survival of the Jewish people.

Nachshon ben Aminadav did not know that he would land safely on dry land. Yet like all idealists driven to accomplish more than is thought possible, he took the plunge into the unknown. It is true that pragmatism is prudent and often necessary, but in order to achieve greatness, reality must often give way to ideas and ideals. It takes a stroke of genius to know how to keep our feet rooted in the mundane realities and simultaneously continue to reach higher and higher towards more eternal goals.

The custom of Ashkenazic Jews is to recite Yizkor on Yom Tov. At first glance, this appears quite incongruous. Yom Tov is a time of simcha, joy and happiness. Thinking about the deaths of loved ones would seem to mitigate against simcha. However, invoking the memories of loved ones is meant not to sadden us, but to inspire us. Their goals, dreams and aspirations can serve as a guide to us. While the reality of their existence may not have lived up to the ideals to which they aspired, we still have the ability to implement those goals in practice. Our increased wealth, education and leisure (for all the extra demands on our time, we have more leisure time than our parents, and especially our grandparents) give us the opportunity to help others financially, use our talents for the improvement of the human race and spend more time learning.

Our generation has been blessed with many opportunities of which the preceding generations could only have dreamed. Be it higher education, a yeshiva education, increased wealth, medical progress, or technological advancement, we are a most blessed generation. Yizkor reminds us that we will have to give an accounting of the gap between the ideals that the Torah mandates for us and the reality of our lives. By remembering the ideals of those who came before us, we can narrow that gap. Doing so would be a real simcha, one worthy of celebrating not only on Yom Tov but all year round.