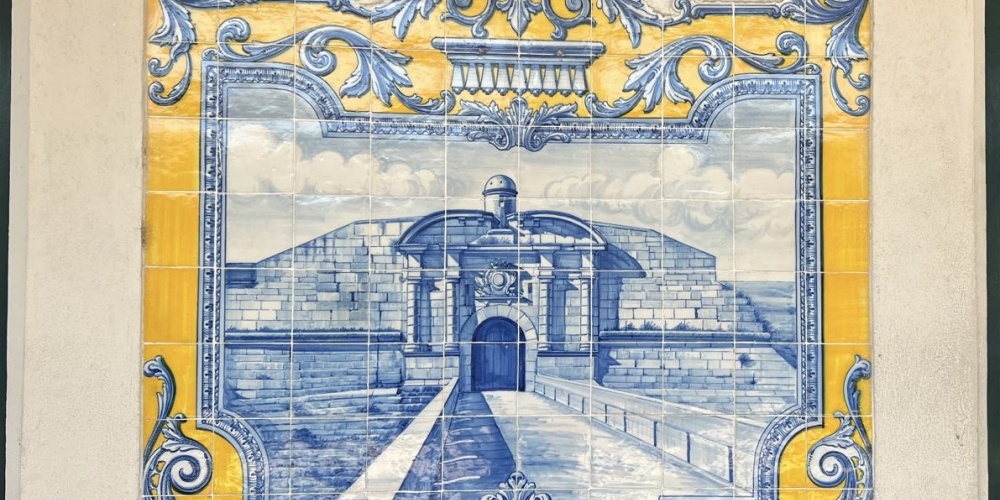 I last travelled abroad in February 2020 to visit our daughter studying in Israel. Arriving back in Toronto I smiled upon seeing the signs to let custom agents know - or something along those lines, I really did not pay too much attention - if you had recently travelled to Wuhan, China. Those smiles soon disappeared as the worst health crisis in a century killed millions throughout the world and brought much of life to a screeching halt for the many who thankfully did not become sick.

The havoc at airports around the world is testament to the desire of people to get back to “normal”, of which travel is a big part. In his address at the inaugural dedication of Hebrew University in 1925, Rav Abraham Isaac Kuk noted when a sick child asks for her doll to play with that is a sign that people are feeling better[1]. After three years we feel most fortunate that we can once again Journey through Jewish History – Portugal 2022[2].

Portugal is rated by the Global Peace Index as one of the three safest countries in the world - Iceland and New Zealand being the other two. Its borders, unlike so many other countries in Europe, have remained pretty much constant for 900 years. Portugal is a relatively small country, both in size and with fewer than 11 million citizens, in population too. It sits at the western edge of Europe such that Rav Yosef Hiyon, one of the teachers of the Abarbanel, writing in Portugal in the mid-15th century, notes in his commentary to Pirkei Avot that he is writing this book at the western edge of the world.

Lisbon, the capital of Portugal since 1255, is a most beautiful city of some 500,000; two million if one includes the suburban areas. It sits on the shores of the Tagus river which empties into the Atlantic Ocean just outside of Lisbon.

Jews are fully accepted and integrated into society and one feels perfectly comfortable walking in the streets wearing a kippah. We have been told by many that there is no overt anti-Semitism in this most open country.

Portugal does look westward. As it is a small country, much effort is placed on attracting foreign investment and capital. English is mandatory in all schools beginning in kindergarten and almost everyone here speaks English. Those who are willing to invest in Portugal have an easy path to immigration here and Jews who are descendant from victims of the Inquisition can gain citizenship even without moving here. The desire to become a more international country was made evident by the experience of a community member who joined our opening dinner. The Sarkin family moved to Portugal six years ago from South Africa. Dr. Sarkin, who teaches human rights law, was invited to give a talk in Portugal and after the lecture was invited by the Dean to accept a full-time appointment. The law school classes are in English and Portuguese students must hand in all assignments in the English language. Together with his wife and two daughters this traditional Jewish family moved to Lisbon and are quite happy here. They are not the only ones.

The quality of life, relatively low cost of living and natural beauty of the country are attracting many people. The Jewish community of Lisbon has only about 300 official members. But it is growing with immigrants from a variety of countries, most notably Israel. It is estimated that there are upwards of 4,000 Israeli Jews living in Portugal.

In 2019, when we were first planning this trip, the lone shul in Lisbon, Shaare Tikvah, had no rabbi, nor was there a store to purchase kosher food. We were planning to bring a caterer from Spain. But life is much different in these “post”- pandemic days. Talk about timing. On March 15, 2020 a kosher store was opened by Rui and Raquel Bitton, both of whom were born and raised in Lisbon. And just two days later on March 17, Portugal closed down due to Covid. But thankfully they persevered, and the store offers a wide array of kosher food. They then opened a kosher catering business. As all on our trip will testify, they are truly fantastic. Between providing food for the community, catering to tourists and delivering dinners to hotels, BH they are keeping busy. Equally important, they are pillars of the community, involved in so many aspects of Jewish life.

In the summer of 2020 the community hired a rabbi, Ruben Suiza, who arrived after spending 40 years as Rav of the Sephardic community in Cape town. He is working hard to grow the community qualitatively, with much success. The community has a chevrah kadisha, gemilut chesed society, a sports and cultural centre and much of the infrastructure that allows a community to function. But Jewish life has its challenges. There is a minyan only on shabbat and no Jewish school. Many young Jews do leave either before or after University.

There were approximately 60 people in Shaare Tikvah – the only shul in Lisbon - this past Friday night, a number that fluctuates depending on the number of tourists in town. There is nothing like travel to reinforce one of the original purposes of a beit knesset as a place for Jews to gather together. The custom of reciting kiddush in shul on Friday nights has its origins in the fact that travellers would come to shul wherever they may have found themselves and the shul, in addition to being a place to daven, would provide a meal for all. It is for good reason each shabbat morning we bless those who provide “wine for kiddush and havdallah”. The Lisbon community hosts Shabbat dinner at shul every Friday night.

What better place to play Jewish geography than in a shul in a city one has never been to before. Someone walked over to me asking if I was from Toronto – he is a graduate of TanenbuamCHAT (where I teach) who now lives in Ramat Beit Shemesh. We met two families from the same shul in Los Angeles – who themselves met for the first time in Lisbon! The minhagim of the shul, while rooted in the Sephardic tradition, reflect the international nature of Jewish life, incorporating many Ashkenazic traditions. No matter where one might find oneself – a Jew can feel at home in shul.

As the Lisbon community looks forward to continued growth we came to see the rich history of Jewish life in Portugal. We look forward to discussing this in future posts.

[1] As the Talmud notes “from the day the Temple was destroyed all there is for G-d is the four cubits of Halacha”. With the return of the people to the Land of Israel, we have the opportunity to “return to normal” and study all fields of knowledge.

[2] This trip was meant to be Journey through Jewish History - Portugal 2020 but unlike the Tokyo “2020” summer Olympics, while we study the past we do not live in the past.