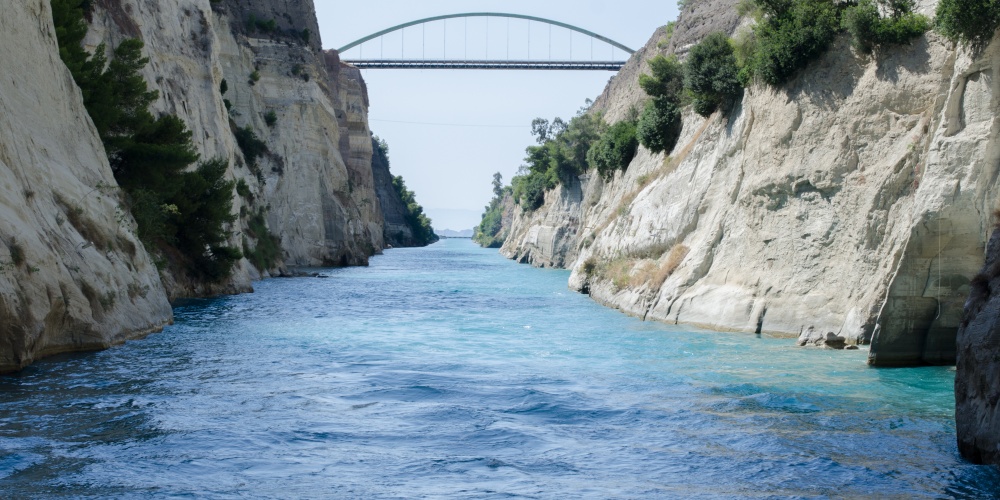 As I sit on the plane, having just spent ten glorious days in Greece, let me share some final thoughts of our wonderful trip. Greece is a country rooted in history, it is the cradle of Western civilization and, not at all coincidentally, it is one of the first places the Jews settled after the destruction of the first Temple.

Going to the top of the Acropolis, the ancient Greek temples overlooking the city of Athens—its name derived from that of Athina, the Greek goddess of wisdom—one sees the genius of ancient Greece. We marveled at its stunning architecture, symmetry, mathematical genius, precision and knowledge, and what was clearly a phenomenal ability to think big and build even bigger. And let us note that most of the Acropolis is in ruins.

Undoubtedly, our Sages were aware of the beauty of the Acropolis when they declared, “Whoever has not seen the Temple in all its glory has never seen beauty.” The rabbis greatly admired much of the ancient Greek world, were taken by its beauty, but at the same time were most wary of the potential dangers it presented. We, too, have much beauty and wisdom to offer the world—one rooted not in many mythological gods, but one G-d, the King of Kings.

Jews and Greeks lived in harmony for thousands of years, and continue to do so today. One feels most comfortable walking around with kippot on heads, tzitzit hanging out, and speaking Hebrew. The only times we had to pass through metal security detectors was during our stay in Salonica, because the Prime Minister of Greece was staying in same hotel as we were; and in Athens, due to a conference of the Arab-Hellenist Chamber of Commerce taking place in our hotel. (Wouldn’t it be wonderful if the Arab states would adopt some of the best of Hellenistic culture, just as we Jews did?) Israel and Greece today have excellent diplomatic relations and deep economic and military ties.

The terrible years of the Holocaust were an awful exception to the rule, though it is hard to blame the Greeks for that aberration. Nonetheless, some indigenous anti-Semitism did occur in the 20th century (but much less than elsewhere). Some of that can be attributed to the fact that when Salonica came under Greek rule, the Jews were apprehensive initially and supported the Ottomans. But most of it can be attributed to the ability of the Nazis to bring out the worst in people. And sadly, occasional bursts of anti-Semitism still occur, primarily in the defacing of Holocaust memorials. On Monday, we visited the memorial in Salonica and on Wednesday, the New York Times reported that vandals had defaced the memorial overnight. This memorial is on the campus of Aristotle[1] University (what other name would you expect in Greece?) and sits on what was once the largest Jewish cemetery in the world, with some 300,000 graves.

Greece is a less-than-two-hour flight from Israel, and with fewer and fewer Israelis travelling to Turkey, Greece is a magnet for Israeli tourists. Seeing and meeting many of them, as well as Jews from around the world, is always a highlight of travel on our Journeys Through History. Playing Jewish geography just about everywhere we went was and always is very precious to me, bringing home the truism that the Jewish people are one family. The most special of the groups we met was Almanot Yisrael, the Israeli widows of war. Each year, these women receive a vacation paid for by the people of Israel—a very small token of appreciation to those whose lives were shattered so that there could be a State of Israel. Sadly, these groups use many buses and come throughout the year. The group we met were widows mainly from the Yom Kippur War, with some from the Six-Day War.

One of the most moving parts of the trip was when we visited the Romaniote shul in which our guide, Haim, grew up. He told us that he had been a successful businessman, travelling throughout Europe; but upon the death of his father, he decided to dedicate his life to keeping as much of the Romaniote minhagim[2] and culture alive as possible. Almost everyone told him he was crazy[3], and he was only able to do so because his wife said she would stand by and support him in this endeavour. This is no easy task, and Haim understands that he can only do what he can do. Sadly, he told us that this Romanioate shul is used for tefillah only once a year, for Neilah on Yom Kippur, the only time time when many Jews come to shul and hence the Sephardic shul across the street is full. The overflow then assembles in the older Romaniote shul, mainly coming to hear the shofar. For Jews in Athens today, shofar is associated with Yom Kippur and not Rosh Hashanah. Haim then took out a machzor and recited the Romaniote nusach for Unetaneh Tokef.

Acharon acharon chaviv. It was a joy travelling and learning with and from a wonderful group of people— many of whom we have had the pleasure of travelling with in the past. The level of discussion was incredibly high, the people warm, friendly and caring (and the Jewish geography great). Old friendships were rekindled and new ones made. A special thank you to our incredible scholar in residence, Dr. Marc Shapiro.

Our Sages teach that eino domeh shemiah leriah, one cannot compare hearing to seeing. While I have always had an interest in Jewish history, actually visiting the places of our past has been most inspiring and given me a much richer perspective of our people’s past. I invite you to join in a future trip.

[1] I neglected to mention in my last post that Aristotle died in Chalkis.

[2] To mention just two, Breich Shemei is said in Ladino, and they do not do chazarat hashatz for Mussaf.

[3] Almost all who think outside the box and are willing to go against convention are labeled crazy, and not always without reason. It does, of course, take true wisdom to know when crazy ideas are just that or the basis of great ideas and innovative approaches and ultimately, societal progress. It seems to me that one determinant is the motivation of the person. When done to help others, thankfully, many crazy ideas later become mainstream, whereas we must fear people with crazy ideas acting for personal glory.