Devarim: Where is the Temple? 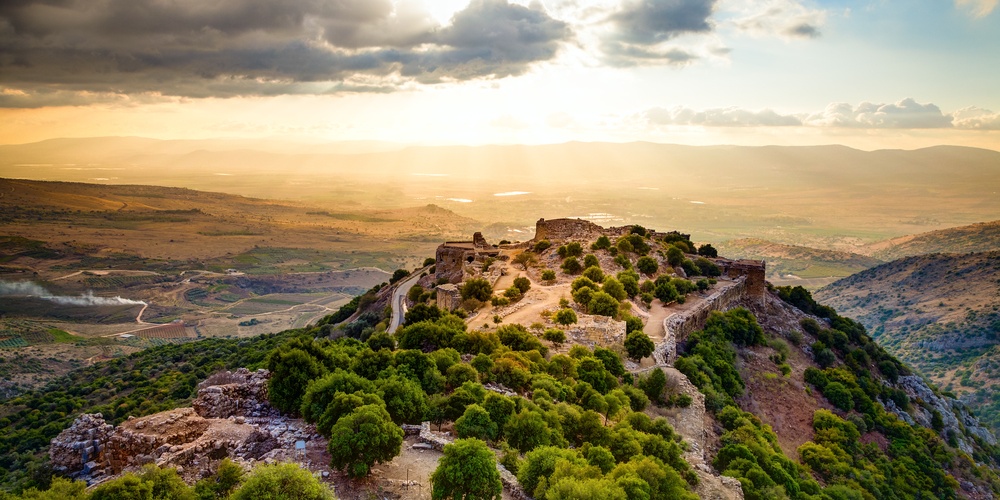 Each one of the five books of the Chumash has a unique central theme, be it the choosing of the Jewish nation (Breisheet), redemption (Shemot), holiness and purity (Vayikra) or missed opportunities (Bamidbar). A perusal of Sefer Devarim, both its law and narrative, will quickly reveal that the main message of this last book of Chumash is Moshe Rabbeinu preparing his beloved people for entry into the Land of Israel.

This is no small task and is all the more remarkable considering Moshe's personal fate. Unlike the current political climate where leaders on their way out are lame ducks, the last weeks of Moshe's leadership (and life) are perhaps his most important - spent dedicated to preparing the people for life in Israel. This most draining and difficult task was tenaciously carried out despite the fact that he would not be able to join them. This reflects not only the greatness of Moshe but that of the Jewish people who were apparently receptive to his message, despite knowing Moshe's authority was soon coming to an end. Nowhere does the Torah tell us of any complaints of the people towards Moshe's words, something the Torah would not hesitate to do - despite the fact that Moshe's words were full of rebuke and chastisement (Rashi, Devarim 1:1).

Sefer Devarim, in keeping with its overall theme, begins with a description of G-d's command - given 40 years earlier -  to journey to the land of Israel, followed by a warning not to repeat the mistake of the meraglim which delayed that journey for so many years. Moshe exhorts the people time and time again not to follow the corrupt and idolatrous ways of the nations dwelling in the land, nor to be carried away with our material success in the land. The 200 mitzvot recorded in Devarim focus primarily on our national institutions - our political and judicial system, the laws of war, social justice. Even the many laws of marriage are connected to the theme of creating a uniquely Jewish society, hence the prohibition in sefer Devarim of intermarriage. Even the holidays mentioned are only those which we have an obligation to celebrate in Jerusalem.

Despite the focus on the Land of Israel there is barely a mention of the Temple or any laws of sacrifices. How strange yet how profound. Apparently the Temple is not integral to setting up a just society. Rather, it is the natural outgrowth and culmination of creating such a society. We must focus on ensuring the total honesty of our business dealings (Devarim 25:13), appointing judges of complete integrity fearful of none but G-d (1:17), setting up a social welfare system second to none, maintaining our moral values even in war time (20:19), preserving Jewish unity (14:1), having compassion towards the less fortunate (16:14), and not encroaching on the rights of others (19:14) - all the above and so much more being mentioned in Devarim. If we succeed the Temple will take care of itself.

When given the opportunity to have the Temple saved, Rav Yochanan ben Zackai rejected that choice, deciding to establish a Jewish centre at Yavneh instead. He realized the Temple had become just some expensive stones and gold while Jewish society was rotting away and had to be "repaired". Similarly, Jewish tradition has little patience for messianic speculation and fervour. The messianic age is not the goal but the result of creating a model society.

Our calendar is set up in such a way that we always begin the reading of Sefer Devarim during the week preceding Tisha B'Av. It is a blatant reminder that we have failed to live up to Moshe's instructions. Tisha B'Av began when the Jews of the Exodus put their faith in the meraglim instead of G-d. Tisha B'Av will become a time of joy and gladness when we follow the words of Isaiah - read as the last verse of the hafTarah on Shabbat; "Zion will be redeemed by justice and those that return to her by righteousness" (Yishayahu 1:27).