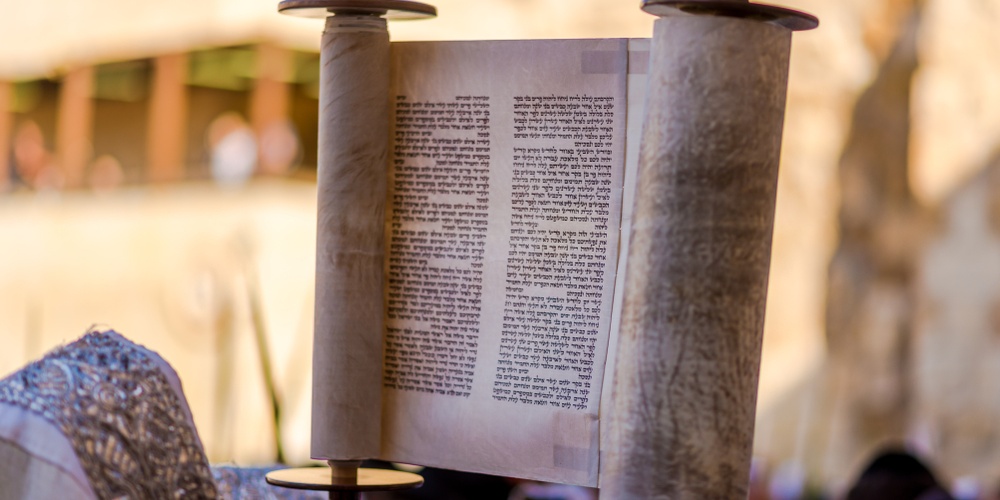 After forty years of wandering in the desert, the Jewish people were finally ready to enter the land of Israel. Their experience in the desert and the raising of a new generation would enable them to confidently enter the land. Yet the desert served not only as physical training ground for the Jewish people, but also as spiritual training for the future, much of which would be lived outside the land of Israel.

In a fascinating analysis of the development of Torah learning, the Netziv (1:3) notes that originally, the intricacies of Torah were given to Moshe alone. The Jewish people would be taught only the basic laws, halachot psukot, so that they could conduct their lives in accordance with the laws of the Torah. Those issues not specifically explained to them would be resolved by simple analysis. And questions that defied simple resolution would be sent to the Sages in Jerusalem. "If a matter of judgment is hidden from you...you shall rise up and ascend to the place that G-d, your Lord has chosen" (17:8).

Somehow, in ways we cannot fully understand, the Sages of the (first) Temple era could resolve difficult issues through a close reading of the Biblical text. They were experts at reading between the lines of the Bible, and the oral law played a limited role in the early years of Jewish life. Legal disputes were nonexistent, and there was clarity of Torah that seems foreign to us today. This explains why we know of almost no rabbis from the first Temple period and why the vast majority of discussions of Jewish law post-date the destruction of the first Temple.

Such simplicity of Jewish life meant that the need for students of Torah were few and far between. However, during the reign of Yoshiyahu the seeds were planted for a revolution in Torah study. Yoshiyahu actually "hid" the Aron containing the luchot habrit, symbolizing the end of the era in which Jewish law could be deduced, relatively simply, from the text alone. As exile neared the oral law became dominant. We entered into a period where, in order to ensure the survival of hora'ah, Torah teaching, Torah study would need to be based on higayon and pilpul (loosely and poorly translated as logic and analysis).

In exile the complexity of Torah that we experience today was developed and nurtured. Torah was kept alive by the fierce debates of students struggling to understand the vast corpus of the oral law. The primary teaching of the Anshei Kneset Hagedolah, who led Jewish life during the beginning of the second Temple era, was heameedu talmidim harbeh, have many students (Avot 1:1). This was the necessary response to the changing and challenging historical times.

What emerges from this analysis (developed at greater length in the Netziv's riveting introduction to his commentary on the She'iltot) is that on a most basic level, there is a fundamental difference between the Torah of the land of Israel and the Torah of the exile.

Perhaps we can explain this as follows: In the land of Israel the mission of the Jewish people is to develop a flourishing country, one that is a model for emulation. "It [Torah] is your wisdom and discernment in the eyes of the nations...who shall say, 'surely a wise and discerning people are this great nation"'(4:6).

We are to demonstrate that a nation based on religious teaching can be—and is—technologically advanced, socially responsible, environmentally conscious and economically strong. Our modern-day experience demonstrates that this is a most difficult task. The Torah is to guide and instruct us in reaching this lofty goal; there is little time for the intricacies of legal debate.

However, in exile the goal of the Jewish people is different. Jewish survival in the face of the dominant culture becomes our focus. At times that culture threatened us physically, at other times the threat has been spiritual. But in either case decreasing numbers of Jews is the constant of the exile. And there is no greater tool to ensure Jewish survival than the study of Torah.

In Israel, Torah study must be directed to the application of its teaching in a society based on Torah values, while in exile much of Torah learning is little more than a protective measure against assimilation. Tragically, we in the Diaspora are unable to apply so much of the Torah, and we are left with study alone. "From the day the Temple was destroyed G-d has in His world only the four cubits of Jewish law" (Brachot 8a). In Israel, where the fear of assimilation is diminished, there is a lesser need for complex Torah study. Instead, the focus is to be on nation building.

Thankfully, we have returned to the land of Israel. The time has come to take the Torah from the theoretical laboratory of the Diaspora to the practical realities of day-to-day life in our homeland. Let Torah be our guide as we build a great nation, a nation about which all will be inspired to say what "a wise and discerning people is this great nation" (4:6).