Chukat: It's Tough To Be A Leader 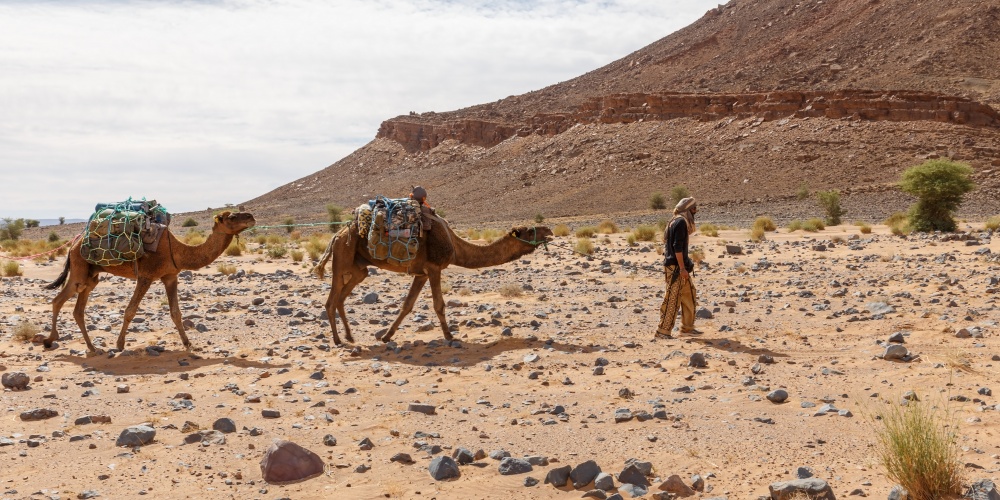 People have a natural tendency to avoid talking about death. People "pass away" or are "no longer with us". In Parshat Chukat death and its attendant defilement are a central theme. Not only do we learn about the strange ritual of the "red heifer" which was to be performed upon coming in contact with a dead body, we read about the death of Miriam and Aharon and the decree regarding the death of Moshe Rabbeinu. What a harsh decree it was. At the advanced age of 80 Moshe reluctantly agreed to liberate the Jews from Egypt and lead them to Sinai.

Dealing with Pharaoh was easy compared to dealing with the Jewish people. Complaint followed complaint. The desert is no good, the food is no good, the leaders are no good, the land of Israel is no good. Egypt was good! How disappointing for a leader when instead of sharing a vision, people cannot see beyond their own immediate needs and desires. And through it all Moshe was the loyal servant of the Jewish people constantly defending them, teaching them, guiding them, sacrificing for them, caring for them "as a nurse carries her infant" (Bamidbar 11:12).

Can we not then forgive Moshe who at a moment of crisis and frustration, failed "to sanctify My name in front of the people of Israel" (Bamidar 20:12)? Is it really fair for him to be so severely punished, forfeiting his right to enter the beloved land of Israel (yes, not being able to live in Israel is a punishment). Even the actual nature of his misdeed is unclear with the various commentaries struggling to find some nuance in the text hinting to his "sin". Perhaps it was in hitting the rock, maybe it was due to his yelling at the Jewish people (even though they deserved it), or perhaps it was his implication that he himself was capable of bringing forth water. Clearly, for another human being forgiveness would be forthcoming. But more, much more is expected of leaders, especially one of the stature of a Moshe Rabbeinu.

If the precise misdeed and subsequent harsh punishment of Moshe is not readily apparent, the punishment given to Aharon is truly incomprehensible. He seemed to play no role in the tragic episode at Mei Meriva. It was not Aharon who hit the rock or yelled at, or even spoke, to the Jewish people. Yet he too is punished alongside Moshe and is denied entry into Israel. Why?

Moshe was the teacher and disciplinarian of the Jewish people, a man who could tolerate no falsehood. Aharon, on the other hand was the "Ohev shalom v'rodef shalom" the lover of peace and the seeker of peace, who would bend the truth in order to promote harmonious relations between people. Perhaps it is for this reason that his descendants were chosen to be the Kohanim, who in performing their primary task as the teachers of the Jewish people, were bound to teach them the ways of Torah whose "ways are those of peace and all its paths are pleasantness" (Mishlei 3:17). And the Temple, where it was the Kohanim who served, only stood as long as the Jewish people were united; when disunity set in it was destroyed (Yoma 9b). As the paradigm of peace, Aharon bore the responsibility to ensure its attainment amongst the people of Israel and between the leadership and the laity. In this task he failed. Infighting, revolts, and bickering were common.

While Aharon may not have been directly responsible for the tragic turn of events he nevertheless must bear the responsibility. This is the price of leadership. If peace did not permeate the Jews in the desert, new leadership would be required.

Moshe Aharon (and Miriam) had the joint duty of liberating the Jewish people from Egypt and leading them to Sinai. They would rise and fall together. Their fate was bound up with that of the Jewish people. The role of a leader is to serve his people and if the people are to be punished so must its leaders. If the Jewish people could not enter Israel neither could their leaders. Only when the leaders of the Jewish people work with the laity with a shared vision can we march forward together. It is our task to ensure that it happens.