Avodah Zarah 36: By the Rabbis; For the People 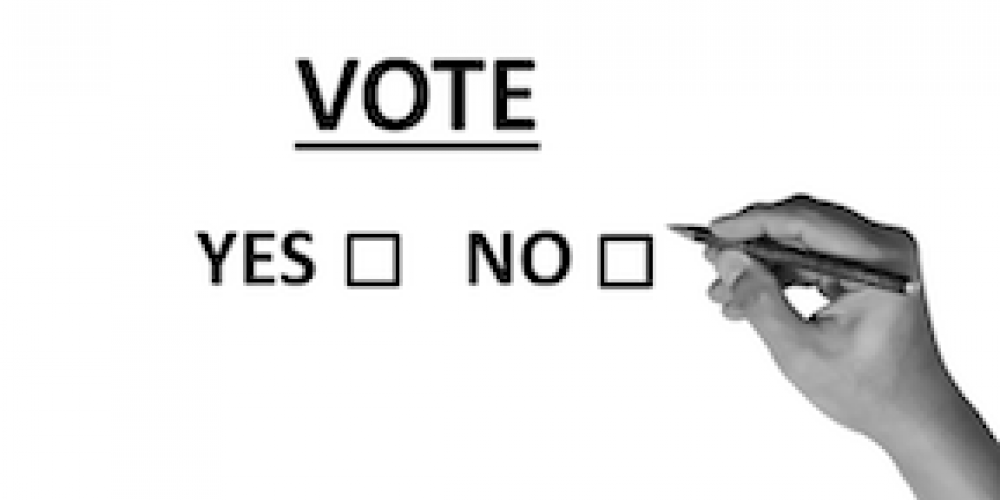 It is axiomatic that Biblical laws are of greater importance than rabbinic laws. After all, the former emanate from a Divine Creator, whereas the latter are enacted by human beings, here today and in the grave tomorrow. While in practice we are to observe them with equal care (see Pirkei Avot 2:1), the line between them must never be crossed.

The Rambam (Hilchot Mamrim 2:9) thus notes that one who claims a rabbinic law is of Biblical import is in violation of the Biblical command not to add to the Torah. While the motive – to encourage observance – is a noble one, the result is the blurring of the lines between these distinct realms of Jewish law. Keeping this distinction is why, when we are in doubt as to the permissibility of an action, we may be lenient when dealing with rabbinic law but strict if the matter is one of Biblical law.

Yet rabbinic law, unlike Biblical law, is much more democratic, with the Jewish people doing the voting[1]. “One may not issue a decree on the community unless the majority of the community can abide by it” (Avodah Zara 36a). When it comes to Biblical law, the law is the law. It matters little if one agrees or disagrees, or how many people may or may not observe the law. Wearing shaatnez, or not declaring all of one’s income, is prohibited despite the fact that many may ignore the law.

However, rabbinic law is dependent on the people. The rabbis can have the most compelling of reasons for instituting the law; but if the people do not accept it, the proposed law is rendered null and void. When it comes to the will of G-d, all must bend before it. But the Sages get their authority from the people and thus, any law they promulgate must be accepted by the people, who hold veto power over the Sages. Thus, “Rav Yochanan said: ‘The Rabbis sat and checked regarding the prohibition of using oil [manufactured by a non-Jew] and saw that the prohibition did not spread to the majority of the people’” and hence, it was abolished.

The Gemara (Bava Batra 60b) uses this same argument as to why the movement to forbid eating meat for 365 days a year, in mourning for the loss of the Temple, was rejected out of hand. Unlike the prohibition of non-Jewish oil, where the rabbis used empirical evidence to rescind what they had initially forbidden (the prohibtion is even codified such in the Mishna), the rabbis surmised – I think we can say, quite correctly – that banning meat year round was too much to ask of the people and therefore, such a decree was never even promulgated in the first place[2].

Yet once a rabbinic law becomes accepted by the people it becomes extremely difficult – at times impossible – to rescind. “It was taught: One court may not annul the words of another court unless it is greater in wisdom and numbers" [3],[4]. Despite our advances in so many areas of life, we (thankfully) do not consider ourselves smarter than our Talmudic Sages. We have been the beneficiaries of generations of accumulated wisdom in technology, the arts, medicine and the like, but when it comes to wisdom and human decision-making, it is amazing how little we have learned from history.

The inability to change rabbinic laws that have been widely accepted is in contradistinction to much of Biblical law which, in theory at least, is much more open to change. While laws directly mentioned in the Torah are inviolable, such cannot be said for those laws – reflecting the majority of Torah law - derived from reading between the lines of the Torah, i.e., using the 13 hermeneutic principles of Rabbi Yishmael[5]. Regarding these derashot, a later Sanhedrin – even of lesser stature – has the right and obligation to interpret the text as they understand it, even if such entails changing the Biblical law as it has been understood up until that point. Such change is the result of a legitimate debate over proper understanding of the text whereas rabbinic enactments make no such claim. These laws have no direct source and gain their authority from the people. Once they are widely accepted, they form part of our received traditions, which are not easily tampered with.

We see a similar idea in the response of Rav Moshe Feinstein (Orach Chaim 4:75) regarding taking a (cold) shower on Shabbat. While most people assume such is forbidden, Rav Moshe explains why that is not so. Thus if one did not shower because one thought it was forbidden, upon finding out its permissibility, one would be allowed to shower. In this case, it is just correcting a mistaken view one had. But if someone knew that technically, it is permitted to shower but refrained from doing so – perhaps considering it a weekday activity! – not showering would then be considered a binding custom[6].

That rabbinic enactments can be longer lasting than Biblical law need not surprise us; there is, after all, Biblical precedence for such. The luchot habrit that G-d gave to Moshe were broken 40 days later. Yet the ones that Moshe himself had to write, he did not break so easily. We treasure something that we do ourselves more than even that given to us by G-d Himself.

This helps explain why people are often much more meticulous about a minhag, a practice that emanates from the people more than even a Biblical law. Sadly, many of the arguments that take place in shul revolve around minhagim, often reaching the level where the biblical prohibition to foment dispute is violated. It really is important to know the hierarchy of mitzvoth[7].

[1] We did have one vote regarding Biblical law: whether to accept the Torah or not. But once we agreed to accept, there was no turning back; and we surely were not given veto power over even one law.

[2] The Gemara quotes a verse from the prophet Malachai (3:9) to prove this point. The verse deals with the fact that the Jewish people were not giving the proper amount of tithes. While many are happy to accept all kinds of extra decrees and stringencies in ritual areas of law, when it comes to money, such desire for stringency seems to dissipate, replaced by seeking out legal – and at times illegal – loopholes. Apparently, little has changed over the past 2,500 years.

[3] As all courts are of the same number, it seems impossible to have a court greater in number. Amongst the explanations our commentaries give is that “greater in number” refers to the number of students the members of the court have. The more students one has, the more one gains knowledge – “and from my students [I learned] more than all” (Taanit 7a) – and thus, the greater in wisdom one becomes.

[4] The Gemara does quote the dissenting view of Rav Yochanan that any court – even of lesser stature – can rescind the decision of a previous court, but in the same breath he continues that, regarding “18 things”, even if Eliyahu and his court would come [to annul it], we do not listen to him”.

[5] While these are the most famous of the methods used to interpret the Torah, and have been incorporated into our daily prayers, they are not the only ones. Rabbi Akiva, Rabbi Yishmael’s contemporary and frequent disputant, has a slightly different system, which goes a long way to explaining many of their disputes.

[6] Customs having no formal legal promulgation are more easily changed; when, where and how is a discussion for another time.

[7] And within both Biblical and rabbinic law, there is a hierarchy of importance. If the Torah attaches a death penalty to a particular law, it means it’s probably pretty important. Similarly, a rabbinic law enacted by an official synod carries greater significance than a local minhag.