Avodah Zarah 18: Too Much Torah! 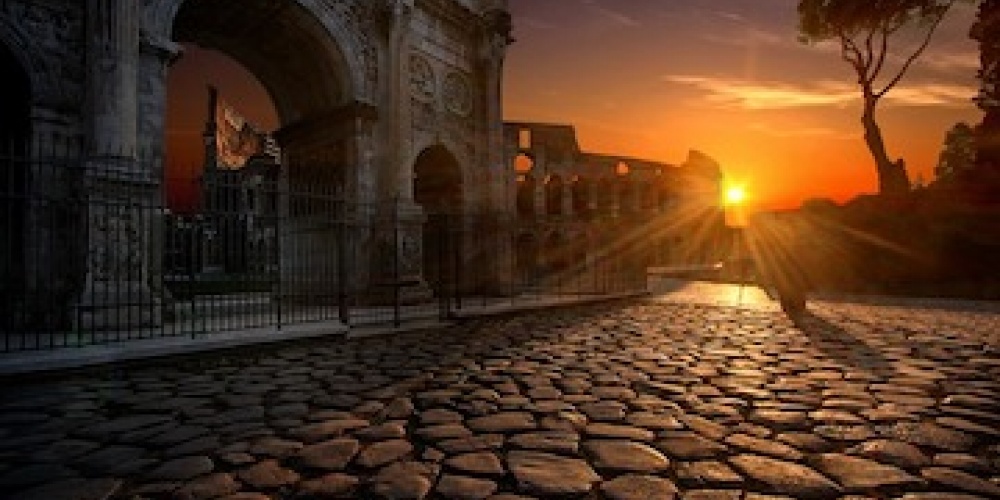 While we often tend to view the ancient Romans as evil enemies out to eradicate Judaism and kill Jews, the truth is that the relationship between Israel and Rome was a complex and inconsistent one. The Romans destroyed the Temple, but they allowed the academy at Yavne to grow, develop and flourish. While they martyred the asara harugei malchut, many of our Sages—foremost amongst them Rebbe Yehuda Hanassi—had a warm and friendly relationship with the leaders of Rome.

The debate as to whether one should cooperate with the Romans or fight them goes back at least to the time before the destruction, when Rav Yochanan ben Zakkai urged cooperation and was bitterly opposed by many groups of Jews. The debate persisted even beyond the terrible Hadrianic persecutions, when Rav Yehuda greatly praised the Romans for all they had done, whereas Rav Shimon bar Yochai saw only the negative in all the Romans did. In response, the Romans “elevated” Rabbi Yehuda and decreed a death penalty for Rabbi Shimon bar Yochai—forcing him to flee to a cave, where he hid for some 12 years (Shabbat 33b).

In our last post, we discussed the martyrdom of Rabbi Chananya ben Tradyon at the hands of the Romans. But we did not discuss the lead-up to his death, and that paints a much more complex picture of his demise.

The actual story of his death begins with the Gemara relating that when Rav Yossi ben Kisma took ill, Rabbi Chananya ben Tradyon went to visit him. In a rather unexpected greeting, Rav Yossi said to him, “Do you not know that this nation [Rome] has been given reign by Heaven? They have destroyed His Temple, burned His Sanctuary, killed His pious ones, and lost its best ones, and yet it still exists. And I heard about you that you sit and engage in Torah, convene assemblies in public, and have the Torah scroll placed in your lap!” (Avodah Zara 18a). Rav Yossi may have been sick, but he was worried about Rabbi Chananya ben Tradyon, who risked death by defying the Romans as he gathered people together for the study of Torah.

Rabbi Chananya ben Tradyon responded, “From the heavens, they will have mercy”. Whether this was a prayer or an assertion, Rav Yossi was not impressed. “He said to him: I tell you most logical arguments and you say to me, from the heavens they have mercy?” We are not to rely on miracles, and ignoring the reality around us, whatever the reason, is a recipe for disaster. “I will be amazed if they don’t burn you and the sefer Torah in fire”.  Rabbi Chananya ben Tradyon was literally playing with fire, and his insistence of teaching Torah was nothing less than suicidal. Please stop, Rav Yossi ben Kisma urged. Clearly, his message fell on deaf ears as Rabbi Chananya ben Tradyon, seeming to realize his end was near, asked, “Will I merit the World to Come?[1]”

The Gemara continues“that it was not even a few days until Rav Yossi ben Kisma passed away”. Amazingly, yet nonchalantly, the Gemara’s next words are, "and all the great people of Rome went to bury him, and they gave him a great eulogy.” Surely, one would not expect the great people of Rome to come and bury and then eulogize a great rabbi. Clearly the Romans had great respect for some rabbis. Yet at the very same time, these very same people could resort to great evil. As the Gemara immediately continues, “on their return [from the funeral], they found Rabbi Chananya ben Tradyon, who was “sitting engaged in Torah convening a public assembly and with a sefer Torah in his lap.” It was at this point they took him, wrapped the sefer Torah around him, and burned him to death, as we discussed in our last post.

The contrast is beyond striking. The same people who go to great lengths to pay great respect to Rav Yossi ben Kisma arrest, torture and kill his student, Rabbi Chananya ben Tradyon, immediately upon their return from the former’s funeral.

After the revolts in the year 67CE followed by the Bar Kochba revolts some 65 years later, the Romans were fearful not of Torah learning, but of public gatherings, fearing they might ferment revolt.

And this would explain why Rav Yossi ben Kisma felt one could and should live with the Roman decree. A generation earlier, when Rabbi Akiva was martyred, the Romans had banned all Torah learning, period. Thus, Rabbi Akiva had little choice but to defy the Romans. Torah is our lifeblood, and when Torah is banned one must risk life and limb. But this total ban on Torah learning was an aberration. As the Gemara notes, “pa’am achad, one time, the evil kingdom decreed they shall not involve themselves in Torah” (Brachot 61b). Other times, Torah study was allowed – “just” not public Torah study. And thus, it would be foolhardy, Rav Yossi ben Kisma argued, to sacrifice one’s life for the sake of public Torah teaching.

One should not think that Rav Yossi ben Kisma valued Torah study any less than Rabbi Chananya ben Tradyon. He just valued pikuach nefesh more. Rav Yossi ben Kisma appears but once in the entire six orders of the Mishna. “Rabbi Yossi ben Kisma said: One time I was walking on the road, and a man met me, and greeted me, and I returned the greeting. He said to me, ‘My master, from which place are you?’ I said to him, ‘I am from a great city of sages and scribes.’ He said to me, ‘My master, do you wish to live among us in our place, and I will give you a thousand of thousands of golden Dinarim, and precious stones and pearls?’ I said to him, ‘If you were to give me all the silver, gold, precious stones and pearls in the world, I would not live but in a place of Torah…Moreover, at the time of a person's passing, neither silver, gold, nor precious stones nor pearls accompany him, but Torah and good deeds alone….’” (Avot 6:9).

Yet there appears to be one more factor that Rav Yossi ben Kisma had warned Rabbi Chananya ben Tradyon against and which subsequently upset the Romans; namely, he was “sitting with a sefer Torah in his lap”. Why it upset the Romans, I am not sure[3], but why it upset Rav Yossi ben Kisma might be as follows: Sitting with a sefer Torah symbolizes a static Torah, one that has no relevance to the broader world. Halacha means to walk, to move, as Torah can’t remain fixed in one place but must be applied everywhere. That is why originally, Torah was studied standing, and the newly introduced custom to sit was seen as the “end of the honour of Torah”. The phrase “sefer Torah b’cheiko, a sefer Torah in one’s lap”, appears right at the beginning of the masechet in reference to G-d rewarding those who engaged in Torah in this world in the World to Come (see here). Only in the World to Come is Torah meant to be on one’s lap. In this world, Torah must be in constant motion[4].

Rabbi Chananya ben Tradyon himself understood that, focused as he was on teaching only, his Torah was lacking. When first arrested, along with Rabbi Elazar ben Parta, he instinctively knew he would not come out alive because his Torah had little impact on his actions. “Rabbi Chanina said to him, ‘Blessed are you who [though] arrested on five charges will be saved. Woe is me, who has been arrested on one charge, but I will not be saved, for you engaged in Torah study and in acts of kindness, and I engaged in Torah study alone’” (Avodah Zara 17b). Wanting to stress the sterility of Torah study devoid of gemilut chasadim, the Gemara notes that Rabbi Chananya ben Tradyon’s self-assessment comports with the powerful teaching of Rav Huna that “Anyone who occupies himself with Torah study alone is considered like one who does not have a God”![5] As our Sages note (Sotah 14a), the Torah begins with chesed and ends with chesed; the study of Torah without chesed does not reflect our G-d.

Rabbi Chananya ben Tradyon was someone who, even while in this world, lived as if he were in the next. Yet he understood his failing and thus feared he would not be granted entry to the World to Come. However, because of one act of charity that he did, Rav Yossi ben Kisma told him that, “from your portion should be my portion and from your lot shall be my lot”.

[1] We will see below why he feared he might not merit the World to Come.

[2] They did note one exception: namely, the law that in the case of the ox of a Jew who gores a heathen, the owner is exempt; whereas if the ox of a heathen gores that of a Jew, the heathen owner must pay.

[3] It is possible it did not, and Rabbi Chananya ben Tradyon sitting with the Torah is descriptive of what happened but not the cause of their anger.

[4] I thank Rabbi Dov Linzer for the kernel of this insight.

[5] I never ceased to be amazed by the boldness of our great Sages in expressing unequivocally their views on Torah and life.