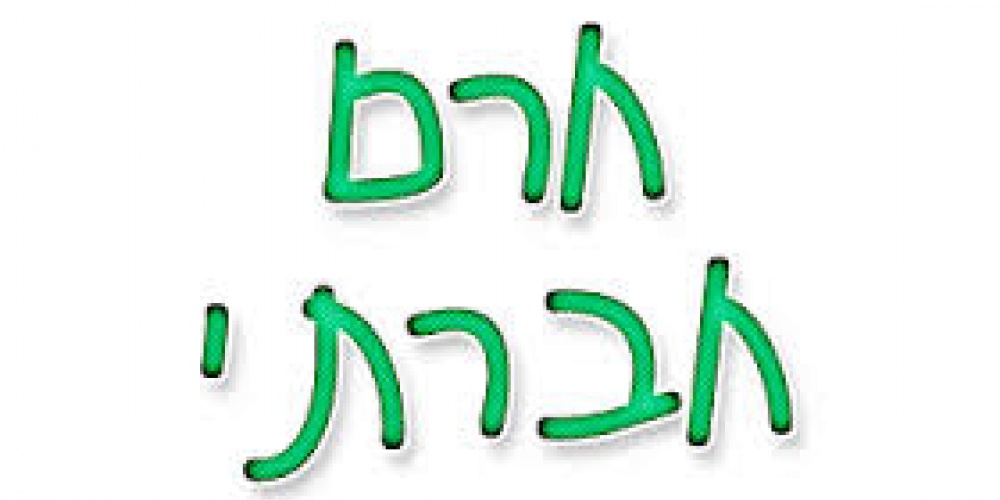 One of the greatest and the most tragic figure of Talmudic literature is Rav Eliezer ben Hurcanus, known simply as Rabbi Eliezer Hagadol, Rabbi Eliezer the Great. His teacher, Rabbi Yochanan ben Zackai, declared that "he was like a plastered cistern that does not lose one drop" and, "if all the Sages of Israel were on a scale and Rabbi Eliezer ben Hurcanus was on the second side, he would outweigh them all" (Avot 2:12). Yet this great Sage was excommunicated for refusing to accede to the ruling of the majority in a most arcane debate about the purity of an oven. While he had G-d on his side, with a heavenly voice declaring he was correct, that mattered little as Torah is not in heaven[1] (Bava Metziah 59b). Only on the day of his death was his ban lifted, allowing him to have a proper funeral (Sanhedrin 68a).

The issue of excommunication is a most important one in Moed Katan. The Mishnah teaches that amongst those who are permitted to shave on Chol Hamoed is one who had his "decree of excommunication annulled by the sages". Excommunication is a most serious matter, and was only declared in extreme situations against one who had undermined the social and religious fabric of the community. Placing one under the ban meant that, for all intents and purposes, the person so declared was to be considered dead. It is a symbolic application of the death penalty. No interaction, whether business or social, is allowed--and if the person literally dies while under the ban no mourning rites are observed. The term cherem has the numerical value of 248, understood by our Sages to be the number of limbs in our body. Unless and until the person repents for his actions his bones are to rot. Shamtta, another term used for excommunication means sham mitah, death is over there (Moed Katan 17a).

The menudeh, the one placed under the ban, must in effect even mourn for himself. With mourning prohibited on the festivals, the Talmud goes so far as to query whether the laws of excommunication apply on the festive days. They do. As a mourner, the menudeh is forbidden to shave but, unlike most, he may do so on Chol Hamoed if his cherem is lifted. As we explained in our opening comments to Moed Katan, the Rabbis forbade shaving on Chol Hamoed to ensure all would shave prior to Yom Tov and not delay such until Chol Hamoed when they were likely to have much free time. Such reasoning does not apply to one who had his ban lifted with the advent of the festival (a holiday reprieve?) and thus, we allow him to shave on Chol Hamoed.

Highlighting the link between death and excommunication is a series of questions the Talmud asks regarding the relationship between the laws of mourners and the laws regarding those excommunicated. Is he forbidden to wear tefillin just as the mourner is [until after the funeral]? Must he cover his head (a mourning practice no longer observed today)? Is he forbidden to exchange greetings? Is he forbidden to study Torah? Is he required to rip his clothes? Must he turn over his bed (another mourning practice no longer observed today)? In each of these instances, and in a number of other examples, the Gemara first states the prohibition regarding a mourner and then asks whether the same applies to one under the ban (Moed Katan 15a-b).

With the severe consequences of excommunicating somebody, such was done only after careful thought and only in the rarest and most severe of circumstances. And it was often circumstances that dictated the course of action. Under normal conditions, the refusal of Rabbi Eliezer to accede to the will of the Sages would have been no big deal--we have many such examples. Yet, in light of the precarious nature of rabbinic Judaism in the generation after the destruction of the Temple, it was crucial to establish the absolute authority of the Sanhedrin. He was, in effect, a zaken mamre, a rebellious elder who, as we will read this Shabbat, is to be put to death for undermining the authority of the high court.

There was a time when the proper use of excommunication could strengthen the community as a whole and even lead to the "victim" changing his ways. Such was a harsh but necessary method of sanctifying the name of G-d. That time has long passed. Such bans tend to fan the flames of dissension and do little besides desecrating the name of G-d [2].

As the Gemara notes, the letters of cherem can be rearranged so to spell rachem, mercy. We pray b'rogez rachem tizchor, when You are angry remember mercy (Hababuk 3:2). In the merit of us showing compassion to others, may G-d show us much mercy.

[1] This episode is perhaps the most significant Talmudic story in explicating the nature of Torah. Please G-d we will explore it further when daf yomi is learning this story--in November 2016.
[2] An unfortunate byproduct of this is the general inability of a Jewish community to issue any sanctions against those who flaunt established norms.