Eiruvin 46b: Ignoring the Rules 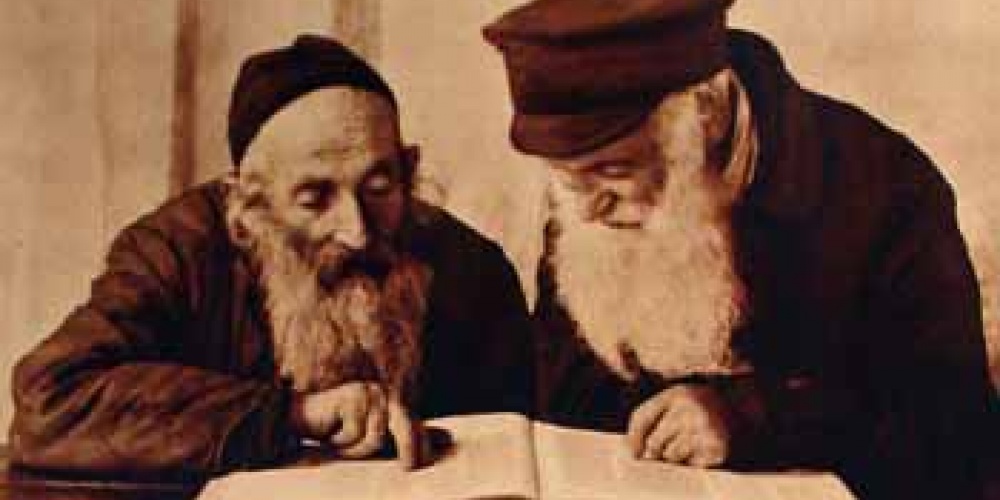 While the basis of Jewish law (and much more) is to be found in the Talmud, the Talmud, in and of itself, is not a very good text for determining Jewish law. The legal analysis, the range of views, the tendency to move from one topic to another, and the fact that any given topic may be discussed in a variety of places makes reaching a conclusion on any particular issue a difficult task.

As the Talmud is focused on the process of law, it can discuss, debate and analyze a topic for pages and conclude with...well, no conclusion. It is this fundamental feature of Talmudic study that is so appealing to many, but most frustrating for those who are interested in the bottom line only. For that purpose, one can study the various codes of Jewish law, which remove the debate, analysis and multiplicity of views.

Yet the Talmud is a book of Jewish law, and sees itself as guiding Jews in their religious observance--even if not in the most direct manner--and the Talmud does present guidelines on how we are to rule in many of its debates.

The discussion as to whether or not we should accept these (or any) rules of adjudication appears to be a most fundamental debate regarding the determination of the law. It is hard to imagine that every time Rabbi Akiva argues with a colleague, his reasoning is the more correct one; or that Rabbi Yossi's arguments are more cogent than even the majority of his friends. Is it possible that Rav Meir's views are never correct? Why, then, were our Mishnayot set up in such a way that "an anonymous Mishnah represents the view of Rav Meir"?

Apparently, these rules were meant to simplify the process of applying the law. The Rabbis felt that, generally speaking, Rav Yossi's was the best opinion.And even if, in any given case, the arguments of his colleagues might have been more persuasive on that occasion, so be it; principles had to be instituted to determine the law. Otherwise, we might never come to a conclusion, with generations debating each particular case ad infinitum.

Such a notion is only tenable due to the principle of "these and those are the words of the living G-d" (Eiruvin13b). The vast majority of Jewish law is not black and white, but rather, a nuanced gray. Valid arguments can--and were--made as to whether chicken and milk may be eaten together, or whether there is a need for the laws of muktzaon Shabbat, not to mention a host of contemporary issues. Outside of the few cases explicitly mentioned in the Torah, Jewish law is a series of applications, with each position generally having much merit. Perhaps one is more right, but none is wrong. We can safely follow the views of Rabbi Yossi as even when he is "wrong", he is "right".

Earlier in the mashechet (ibid), the Talmud spells this out when it queries that "since both (the views of Beit Shammai and Beit Hillel) are the words of the living G-d, why did Beit Hillel merit to have the halacha established like them?" The answer of the Talmud has little to do with expertise in the area of law. On that same page, the Talmud explains the reason that we do not follow the view of Rabbi Meir, despite what the Talmud considered his greater expertise in the law. The application of law must take into consideration extra-legal factors; what today we might call social factors, or community dynamics.

Yet despite all this, Rav felt that such an approach is taking the easy way out. True, all Talmudic views have a legitimate leg to stand on. But to accept a legal ruling based on who said it, rather that its intrinsic validity, undermines the exactitude of the law and the incessant striving for truth and accuracy.

Perhaps in this argument, we, too, should invoke the principle, "these and those are the word of the living G-d".