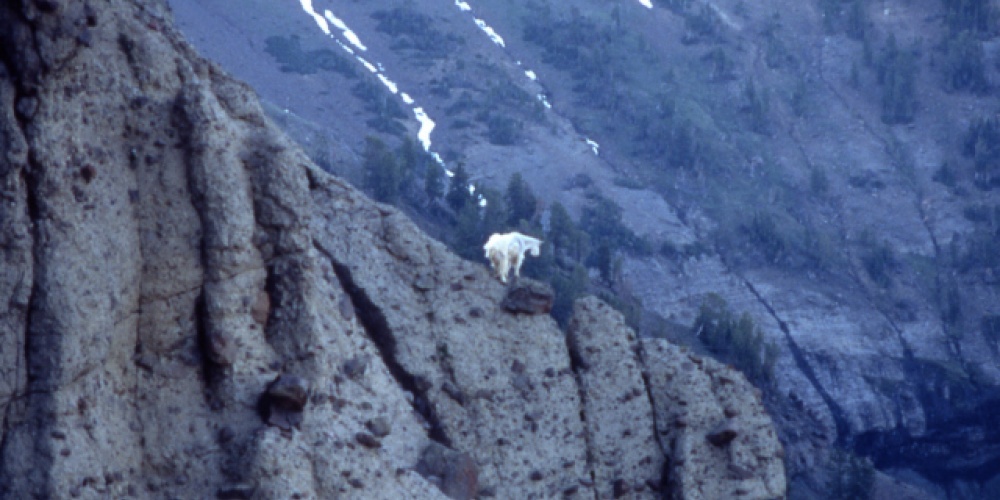 The ritual of the sa'ar la-azazel is a most incomprehensible one. Howcan atonement of the Jewish people be in any way connected to throwing a goat off a mountain?[1] Does such not go against the entire thrust of the Torah, in which sacrifices may only be offered at the Temple? Does this not border on the idolatrous?[2]

"The goat shall bear all their sins to the land of Gezeira" (Vayikra 16:22). Where or what this land of Gezeira may be is most unclear. Amongst the various explanations offered by the Gemara is the suggestion that Gezeira is not a reference to a place, but an exhortation to obey G-d's commands, even if incomprehensible. Using a play on the word gezeira, the Gemara explains, "Perhaps you will say it is an act of nothingness; thus, it says 'I am the Lord'; I am the Lord who made a gezeira, a decree, and you have no right to question after it" (Yoma 67b).

A mere eight lines later, the Gemara elaborates on this theme. "'Fulfill my laws': this refers to that which even had it not been written, it should have been written; idolatry, sexual immorality, murder, theft, blasphemy. 'Guard my statutes': [these are] things that the Satan challenges; eating pig, wearing shaatnez, chalitzah, the purification of a metzora, and the goat that was sent away" (ibid).

From time immemorial, there have been those who have mocked the notion that there should be restrictions on what we eat, what we wear, whom we marry, and arcane aspects of religious ritual. Yet this, too, must come under Divine law: "I am the Lord your G-d"--you have no right to mock it.

While most of the Torah is readily understandable and most beautiful, there are aspects that defy our comprehension. We accept that the same G-d who commanded us to "Love your neighbor as yourself" also commanded that which appears in the very next verse, "a garment of shaatnez shall not come upon you" (Vayikra 19:18-19).

While we may not understand why it is necessary to have such a strange ritual, once the Torah commands such, there is much we can learn from it[3].

One of the first messages of the Torah is that man--and only man--is created in the image of G-d. Animals are part of G-d's creation, but only man is G-d's partner. We may and must use animals in the service of man. While we must not inflict unnecessary pain, some pain is allowed if it benefits man[4]. We can eat animals, conduct research on them, and even use them for clothing. However, if animals are to be used in the material and physical service of man, itstands to reason that there must also be a role for animals in the spiritual realm of man. If Judaism sees potential holiness in all things physical--and surrounds our most physical activities with mitzvoth--to use animals only as source of human physical pleasure would be unbecoming. That animals must also serve a spiritual purpose is an idea that underlies the entire notion of korbanot.

In an amazing play on words, the Midrash links the sa'ir to the differing world views of Yaakov and Eisav.  Says the Midrash, "'The goat, sa'ir, shall bear'; this refers to Eisav, as it says, 'but my brother Eisav is an ish sa'ir (a hairy man)'. 'All their sins, avonotam': all the sins of the tam, as it says, 'and Jacob was an ish tam (a pure man)'" (Breisheet Rabba 65:15). To Eisav, a bowl of soup was more important than a life of spirituality. The idea of sacrificing something physical for something spiritual was inconceivable to him. But all that is physical is destined to die. The sa'ir represents our willingness to sacrifice our material possessions for something more permanent.

It is not only our possession that we must be willing to sacrifice, but our pride. "And they slaughtered a sa'ir and they dipped the tunic [of Joseph] in the blood" (Breisheet 37:31). The sa'ir reminds us of the sale of Joseph. While the brothers were willing to spill blood to rid themselves of their brother, we are to spill blood--that of animals--to rid ourselves of sin.

[1] The question of tzaar baal hachaim, the prohibition of inflicting unnecessary pain on animals, is not something that appears to have bothered our Sages vis a vis the sa'ir la-azazel. The ancient world greatly valued sacrifices, even going so far as to promote human sacrifice. After all, if we truly love G-d, should we not offer Him that which is most precious to us? What was incomprehensible to that ancient world was not how  G-d could command Abraham to sacrifice his son, but why G-d would forbid him from actually doing so.

[2] A similar issue exists regarding the keruvim, the childlike images that appear on top of the ark, in seeming violation of the command against graven images.

[3] Works such as the Sefer HaChinuch (13th century) or Rav Shimshon Raphael Hirsch's Horeb (19th century) attempt to show the richness, rationality, and sublime morality contained within each of the mitzvoth.

[4] This past week, a judge in Ohio, in allowing an experimental drug to be used in executing a death row inmate, ruled that "you're not entitled to a pain-free execution". The benefit to society of ridding ourselves of a murderer outweighs the pain suffered. That execution, in the end, took 25 minutes from the time of injection to the time of death. In contrast, our Sages derive from the verse "Love your neighbour as yourself" that we must choose for him a nice (i.e., pain-free) death (Sanhedrin 52b). Even in regards to the goat, the Mishnah notes that it "would not reach halfway down the mountain before it was torn limb from limb".