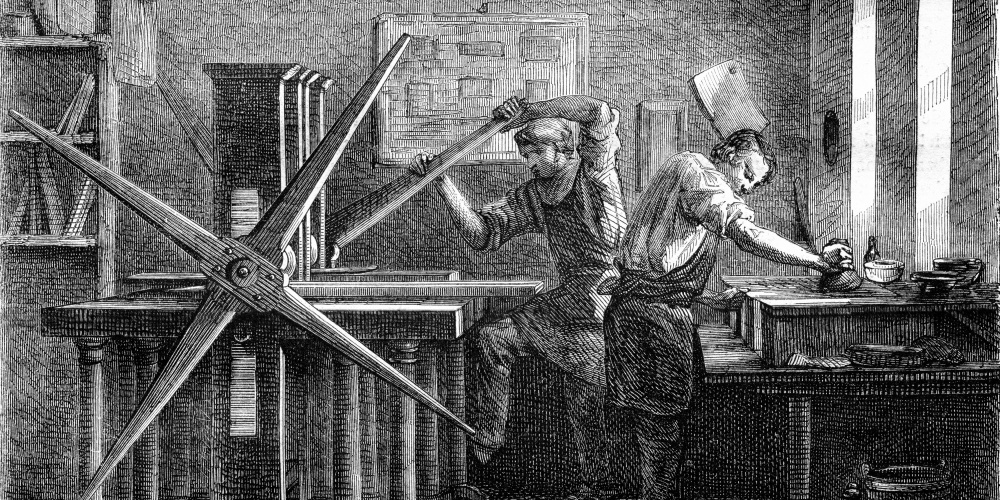 Hence, it should come as no surprise that our tradition does not take kindly to those who refuse to share their knowledge with others[1].

While many can bake, sing, and put together some nice-smelling spices, very few can do so expertly. The Temple service required the very best of the best. Like many world-class experts, they did not want to share their secrets with others, something that did not impress our Sages. It is one thing to keep the recipe for Coca Cola a secret, but it is quite another to keep secret our best religious practices. The rabbis went so far as to fire these families and import experts from Egypt. But alas, these replacement workers were not quite as good and the rabbis had little choice but to rehire—at greatly inflated wages—the Garmu and Avtinas families.

When asked about their refusal to teach others, both of these families responded that they feared that others might use these secrets for idolatrous purposes. The commentaries debate as to whether their excuses were deemed acceptable[2] and hence, whether the curse directed towards them should be removed. But even amidst any possible critique, the rabbis did praise these families for the fact that they never personally benefited from their work. “Never was refined bread of fine flour found in the hands of their children…Never did a perfumed bride emerge from their homes...to fulfill that which is stated: ‘And you shall be clear before the Lord and before Israel’”.

Regarding the actions of Ben Kamtzar, who offered no excuse for his refusal to teach the ma’aseh heketav, there is no debate. The nature of his expertise is explained by the Gemara: “They said about him that he would take four quills between his fingers, and if there was a word of four letters, he could write it simultaneously” (Yoma 38b). This is a nice trick, but left unexplained is why teaching this to others is so important. The lechem hapanim and ketoret, and even singing, are needed for the running of the Temple, but is someone who can write four letters at once such a necessity?

The commentaries on the Mishna (see, for example, the Tosafot Yom Tov) explain that it is specifically the ability to write the four-letter name of G-d that the Sages wanted to share, thus ensuring that G-d’s name would never be “missing” for even a split second. The Torah prohibits erasing even part of G-d’s name, and while it is not realistic to insist that we not allow G-d’s name to be incomplete as we write it, having such a talent would bring honour to the name of G-d. By not teaching how to do this, Ben Kamtzar was most deserving of the curses hurled his way.

The Maharatz Chayot argues that it is “not possible in any which way to take four pens and at one time write four different letters, especially since the Name is invalidated if the [letters] are separated by more than the width of a finger”. Yet instead of suggesting the name of G-d was completed almost simultaneously or that it’s very, very hard, but not impossible to do so, the Maharatz Chayot makes an astounding claim.

What Ben Kamtzar did was nothing less than invent the printing press. Whether this is factually true I will leave for others to discuss, but we can only imagine how world history could have developed had the printing press been in widespread use in times of the Mishna. With books available far and wide, the Dark Ages could likely have been avoided, and we today might have the use of inventions, cures, and knowledge that we may not have for another thousand years. No wonder he was cursed.

Undoubtedly, the Maharatz Chayot is in agreement with a fascinating comment of a contemporary of his, Rav Yisrael Lipschitz, author of the Mishnaic commentary Tiferet Yisrael. “He [Rabbi Akiva] used to say, ‘Beloved is man, for he was created in the image [of G-d]’” (Avot 3:14). The Tiferet Yisrael, in a long, fascinating comment, discusses, amongst other ideas, the great reward—perhaps even greater than that of the Jewish people—for the righteous of the nations. With saving lives the highest of Jewish values, he begins by mentioning “the pious one, Jenner, who developed the smallpox vaccine”. Other pious of the nations he mentions are “Drake, who brought the potato to Europe, preventing many people from [dying of] hunger; Gutenberg, who developed the printing press…and the pious Reuchlin, who gave his life to prevent the burning of the Talmud[3]”.

What is fascinating about this comment is that (with the exception of Reuchlin) he says nothing about the actual piety or character of the “pious ones of the nations”. Those who make great contributions to this world earn the moniker “pious,” and their personal lives are apparently not relevant. G-d created an incomplete world, and those who make this world even better than the “very good” one that G-d created become the pious partners of G-d[4].

[2] There could be two very different reasons the rabbis did not accept their explanation. Perhaps, as the Maharsha explains, the sages simply did not believe them, attributing the real reason to their desire for higher wages. Conversely, one could explain that they were sincere in their claim; however, that did not matter. Not teaching anyone because someone might misuse the information is not a tenable argument. Chezikiyahu tried the same argument in explaining that he did not want to have children because he foresaw that he would have an evil son (which in fact, he did). That argument was flatly rejected by Yishiyahu (Brachot 10a).

[3] While the Maharatz Chayot and the Tiferet Yisrael considered the printing press amongst the greatest of human achievements, we should not be surprised that there was rabbinic opposition to this new, transformative invention, most notably from Rav Chaim ben Bezalel Loew, the brother of the Maharal of Prague. He feared that Jews would feel that they no longer had a need for rabbis, being able to consult a book instead; and that upon reading of practices of Jews in other parts of the world, they might be tempted to ignore local traditions in favour of the customs of other communities.

[4] This would seem to be a fulfilment of the rabbinic dictum, “We bring merit through the meritorious”.