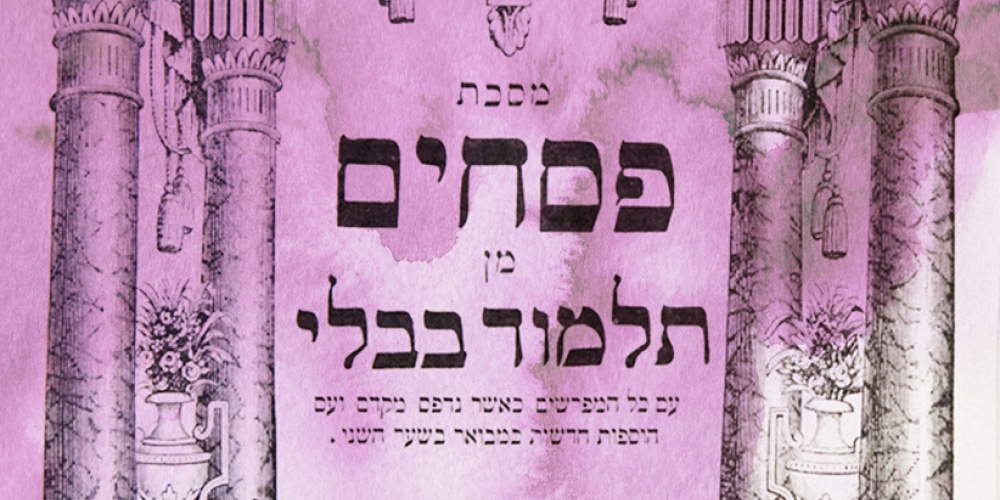 Judaism eschews extremism. “The two extremes in each and every tendency are not a good way, and it is not proper for a man to follow them, nor to have himself instructed in them….The straight path is the mean disposition found in each and every tendency of all the human tendencies. Such tendency is removed an equal distance from both extremes and is not nearer to one than to the other” (Rambam, Hilchot Deot 1:3-4).

The Rambam does list two exceptions to his “golden mean”, where one must depart from the moderate way and become an extremist. One should be excessively humble even to the extreme. It is for this reason, the Rambam claims, that the Torah tells us that Moshe Rabbeinu was anav meod, not just humble, but very humble. Humility is the only character trait the Torah directly tells us about Moshe. The Gemara goes so far as to claim that one who is arrogant, kafar bikar, denies the essence of Judaism (Sotah 4b). So, too, one must be an extremist and avoid anger at all costs. The Rambam continues, writing that “anger is an extremely evil tendency, and it is proper for a man to remove himself from it to the other extreme. One should teach himself not to get angry, even over a matter which befits anger”.

Ironically, it was none other than Moshe who, Reish Lakish notes, is the paradigmatic case of one’s wisdom departing due to anger. “Moshe became angry with the commanders of the army, the officers of thousands and the officers of hundreds, who had come back from the military campaign” (Bamidbar 31:14). It was the Midianite women who instigated the tragedy of Ba’al Peor. Their seduction of the Israelite men led to a plague in which 24,000 people died.

To put that number in some perspective, it is eight times the number of those killed as a result of the sin of the golden calf, and was some 4% of the male population at the time[1]. What made Moshe so angry was the fact that the women of Midian were spared in battle. “Moshe said to them: You have spared every female!” His anger, Reish Lakish continues, caused him to forget the laws of kashering utensils, as in those captured in the war against Midian. With Moshe unable to teach these laws, the Torah tells us that “Elazar the priest said to the men of war who went to the battle: This is the statute of the law, which the Lord commanded Moses” (Bamidbar 31:21). The Torah then goes on to describe how one can kasher such utensils, something quite relevant today. Despite the fact that G-d had commanded these laws to Moshe, his anger led him to “forget” these laws and hence, Elazar had to teach them to the Jewish people.

Fascinatingly, the Gemara notes that Elazar was punished for “issuing a ruling in the presence of his teacher”. While Moshe had forgotten the halacha, that was no excuse for Elazar to interject. He could and should have waited until Moshe’s anger subsided, enabling him to recall these laws[2].

Yet this was not the only time that Moshe’s anger caused Moshe to err. After the tragic deaths of Nadav and Avihu, Moshe’s anger was kindled at Aharon’s two remaining sons, Elazar and Itamar, for not eating the korbanot that had been offered during the dedication of the Mishkan. His anger was misplaced as during the period of aninut, between death and burial, no sacrificial meat was to be eaten[3]. And most famously and impactfully, Moshe lost his temper at Mei Merivah, and instead of sanctifying G-d’s name as he brought water from a rock, he desecrated G-d’s name. Thus, Moshe lost his chance to lead the people to the Land of Israel—or even enter as the retired leader.

With both previous displays of Moshe’s anger occurring earlier in the Chumash, why does Reish Lakish not use one of these earlier examples to illustrate his point? But even if one was to look beyond chronology, Moshe actually erred in assuming Elazar and Itamar should have partaken of the sacrificial meats. In our example, there is no indication he made a mistake; rather, he forgot a law, surely something less serious that an actual mistake.

And both these examples pale in comparison to his error by the rock, one that literally cost him his leadership and, as the Torah cleaarly says, was an act of rebellion (Bamidbar 27:14) and trespass (Devarim 32:51) against G-d. Why not use that as the example of anger causing a loss of wisdom?

While mistaken, we can understand why Moshe got angry at the Jewish people at Mei Merivah. Their lack of faith, bickering, complaining, and ingratitude was too much to bear[4]. It is tragic, but Moshe was not the last leader to lose his job over a very understandable slip of the tongue. Its public nature at a crucial moment meant the punishment had to be greater. However, regarding the returning soldiers, there was no reason for Moshe to get angry. They had just risked their lives on behalf of the Jewish people. For that, they should have been feted, not excoriated. Even if their compassion was misplaced—and there is no indication that it was, never were they told to kill the women of Midian—that is not something to get angry about. Moshe could have explained why compassion is not always appropriate, why we may have to kill at times, but that one’s instinctive reaction is to spare even an enemy, especially a non-combatant, is worthy of praise, not anger[5].

It is worth noting that the concern of Reish Lakish is not a utilitarian one. He did not posit that anger is unlikely to accomplish much. That is true but his concern was the impact on the one who gets angry. As noted above, the Rambam agrees that there are times when it is appropriate to be angry. It is even okay to feign anger at those who deserve it. But with anger leading one to make mistakes, it is for one’s own sake that one should never actually get angry.

There is often good reason for leaders to get upset at people. And the greater the leader, the higher the standards—and the more room for disappointment and even anger. And while never losing one’s composure may be too much to ask for, it behooves one and all to strive to become an extremist in the area of anger management.

[1] To put that in perspective, the Spanish flu is estimated to have killed some 3% of the world’s population.

[2] In keeping with the theme of our sugya, which focuses on Moshe and anger, the Gemara makes note of Elazar’s punishment only in masechet Eiruvin. Mentioning it here might serve to deflect attention from the issue at hand.

[3] With our tables modelled after the altar, one who is an onen is forbidden to eat meat.

[4] Even though this is the first time we actually meet the second generation, the Torah makes no mention of that fact, preferring we read this, their first complaint, as just another in a long list of complaints from the Jewish people.

[5] I am reminded of the quote from Golda Meir, that “When peace comes, we will perhaps in time be able to forgive the Arabs for killing our sons, but it will be harder for us to forgive them for having forced us to kill their sons”.