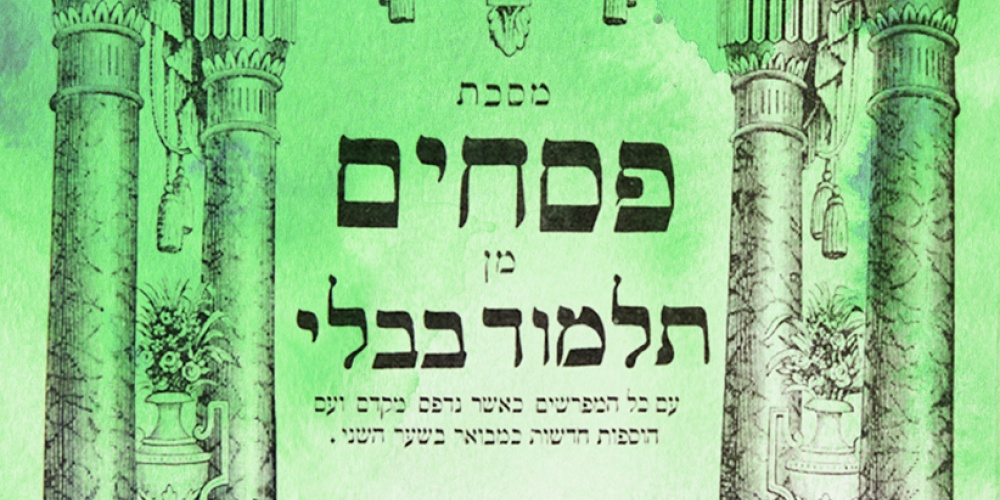 While “only” a rabbinic command, drinking four cups of wine is given special status at the seder. Unlike matzah and marror—which are foods fit for a slave—being awash in wine is a symbol of joy and celebration. Those who cannot afford to fulfil the biblical mitzvot of matzah or marror[1] are exempt from—and forbidden to go into debt to fulfil—those mitzvot. But even the poorest of the poor, one who does not yet know from where (or even if) the food for their next meal is coming, must “sell the shirt off one’s back” (see Rashbam, Pesachim 99b s.v. v'afeelu), if need be, in order to fulfil the rabbinic requirement of having four cups of wine.

It seems rather obvious that one needs to acquire four cups of wine so that one may subsequently drink them. Yet like so much else, it is not quite so simple. It is a well-accepted halacha that there is no requirement to drink the wine of kiddush on Shabbat and Yom Tov. All that is required is that someone, anyone, drink a “rov revi’it”, some 44 millilitres of wine. It is perfectly acceptable for 100 people to listen to kiddush and have 99 of them do little more than answer amen.

Yet Pesach night is different from all other nights; and surely, all must drink four cups of wine. Or must we? Tosafot (Pesachim 99b s.v. lo yiftechu) suggests that the obligation to ensure that one has four cups of wine applies only to the head of the household, and “he fulfils the obligation for all with his [drinking]; and this is most logical, as why should the four cups be any different than kiddush all year?” The feeling of royalty that wine engenders is apparently a household one, not something required of each individual. The Tosafists then bring proofs to this position, suggest those proofs can possibly be rejected, and are unable to reach a definitive conclusion. They conclude “that it appears one should be machmir, strict, and require four cups for everyone”.

I would like to suggest that this debate is rooted in the differing reasons as to why one is obligated to drink four cups of wine. As many of us were taught, likely beginning in kindergarten, the obligation to drink four cups of wine is due to the four expressions of redemption that G-d used as he charged Moshe to not despair over the initial, unsuccessful meeting with Pharoah. We drink a cup of wine for each of v’hotzeti, v’heetzalti, v’ga’alti, and v’lakachti. "Thus say unto the children of Israel: I am the Lord, and I will bring you out from under the burdens of the Egyptians, and I will deliver you from their bondage, and I will redeem you with an outstretched arm, and with great judgments and I will take you to Me for a people" (Shemot 6:6-7).

Yet while the Talmud Bavli clearly spells out the obligation to drink four cups of wine, one will search in vain for this, or any other explanation, of this requirement. Rather, this reason is taken from the Talmud Yerushalmi, and was likely made famous by Rashi and Rashbam[2] both quoting it in their commentary to Mishna. While many assume the Bavli agrees, that is not necessarily true[3].

Perhaps we drink four cups of wine for the simple reason that there are four parts to the seder, and each part is enhanced when recited with a cup of wine.

If the drinking of the wine is meant to celebrate our redemption, as the Yerushalmi posits, then it naturally follows that all have to drink the wine. We were all redeemed from Egypt and all must celebrate that redemption. “They, too, were included in the miracle” and they, too, must actively take part in drinking to that. Just as one cannot eat matzah on another’s behalf, we can’t delegate the mitzvah of wine to others.

However, if the drinking of wine is the way to enhance the various parts of the seder, there is little reason for all to drink. Just as one person can (and usually does) recite kiddush for all, the same is true of the Haggadah, Birchat Hamazon, and even Hallel. We must listen attentively, but one person can lead the seder—and drink the wine.

As we all know, the accepted practice is that all must drink four cups of wine. Pesach, celebrating our formation as a nation, is a time of great joy. Being that “There is no joy except with wine, as it says (Tehillim 104:15), ‘And wine gladdens the heart of man’” (Pesachim 109a), it is not surprising that we all must drink the wine. And with service of G-d requiring joy, the drinking of wine is the means to help sanctify our relationship with G-d.

Yet one’s heart can, at times, lead one astray, and wine can be little more than a dangerous alcoholic beverage. According to at least one view in the Midrash (Breisheet Rabba 19:5), the forbidden fruit in the garden of Eden was none other than the grape itself, which was then pressed into wine. In other words, it was wine that caused our banishment from the Garden of Eden. While one might argue that this is not explicit in the text, the potential pitfalls of wine are explicitly noted regarding Noach. Soon after leaving the ark, Noach planted a vineyard. However, instead of using wine as a vehicle in the service of G-d, he got drunk, with catastrophic results.

Trying to ensure that our use of wine is sanctified, the Torah commanded that wine libations were to accompany the korban tamid, the daily animal offering in the Temple (an idea common to many religions). Like so much in life, it depends on how we use it. May we merit that our wine brings great joy to us and our Creator.

[1] In practice, with marror being one of the condiments of the korban pesach (see Shemot 12:8), absent the korban, the requirement to eat marror today is rabbinic in nature. Nevertheless, unlike the four cups of wine—a concept that was totally established by the rabbis—the source of marror is biblical in nature.

[2] The printed editions of the tenth chapter of Pesachim, most unuusually, have both the commentary of Rashi and Rashbam adorning the page.

[3] We discussed a similar phenomenon here regarding the prohibition of eating matzah on erev Pesach.