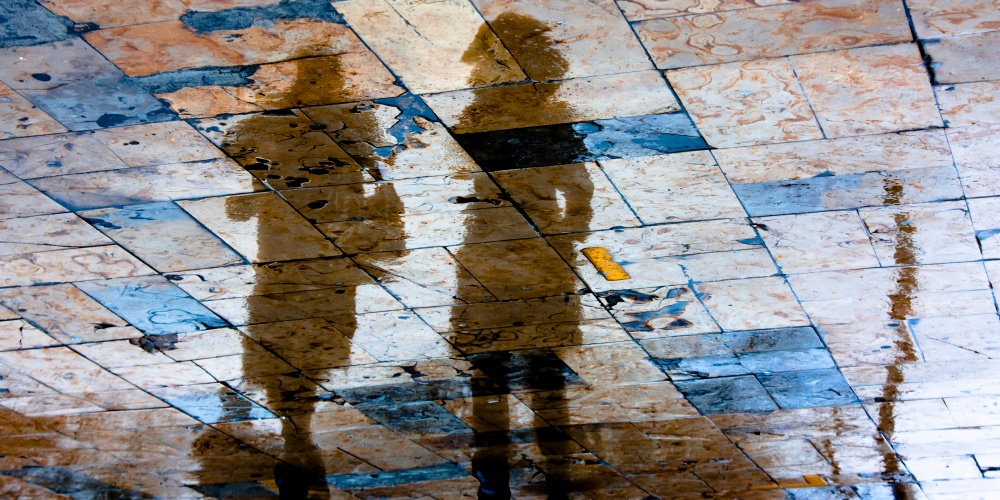 One could hardly find fault with the claim that sibling rivalry is the major theme of Sefer Breisheet. Beginning with the first set of brothers, Cain and Hevel, and continuing through Joseph and his brothers, we confront dispute after dispute. The lack of conflict between Ephraim and Menashe is so unique that their model served as the basis for Jacob's blessing for the Jewish people, "May G-d make you like Ephraim and Menashe" (48:20), a blessing repeated in many a home on Friday night.

When we think of sibling rivalry (or worse), it is the men who take center stage. The relationship of the one set of sisters described, that of Rachel and Leah, begins as a model of sisterly love. Our matriarch Rachel is able to arouse the mercy of G-d, ensuring our return to the land (see Yirmiyahu 31:15), due to her self-sacrifice in protecting her sister’s dignity.

Fearing that Lavan would try to trick Yaakov into marrying Leah, Rachel and Yaakov had pre-arranged signals to avert such a possibility. Yet when the actual wedding night arrived and Rachel realized that their premonition was correct, she passed on the signals to her sister to save her from embarrassment. What a reversal from the typical human norm, where people often talk about all the wonderful things they plan to do-but when actually faced with an ethical challenge, they often do much less.

Such self-sacrifice requires superhuman effort; and it did not (perhaps could not) last. The sisterly bond was soon replaced by one-upmanship, jealousy and even hatred. "And G-d saw that Leah was hated and He opened her womb" (29:31). It is usually understood that this "hatred" refers to Yaakov’s feelings towards Leah; however, a close reading of the text may offer another possibility. In the previous verse, the Torah actually tells us "and he [Yaakov] also loved Rachel from Leah", implying that he loved Rachel more than Leah, but also that he loved Leah. Perhaps what G-d "saw" was the hatred of Rachel for Leah.

If this interpretation is correct, we readily understand the connection between the first half of the verse, "and G-d saw that Leah was hated", and its conclusion, "and He opened her womb". Rachel was being punished with barrenness due to her treatment of her older sister. Leah's fertility would redefine the family relationship and she would supplant Rachel as the primary wife. It was Leah who would be buried next to Yaakov.

The Torah follows this information with an account of the birth of Yaakov's and Leah's first four children. The names chosen reflect the increasing tension between the sisters. "And she called him Reuven because ‘G-d saw my affliction’”. Shimon is so named "because G-d has heard that I am hated". After four children, "Rachel became envious of her sister" (30:1) and the tension spread to the relationship between Yaakov and Rachel. She demands that Yaakov provide her with children, a demand met with an angry rebuke from Yaakov.

When Rachel's maidservant has children, the names once again reflect the growing tensions. "Sacred schemes have I manoeuvred to equal my sister and I have also prevailed" (30:7). When Rachel and Leah do speak, the deep love seems long gone. "Rachel said to Leah, 'please give me some of your son's mandrakes’. And she responded, 'was your taking my husband insignificant?'" (30:14-15). Leah and Rachel continue to "use" their children in their battle over Yaakov. "Now my husband will make his permanent home with me for I have borne him six sons." It should come as no surprise that when Rachel finally does have a son, she declares, "G-d has taken away my disgrace" (30:23).

The family dynamics are frayed at all sides. How sad that, fleeing Lavan's home, Yaakov was unaware that Rachel had stolen her father's idols-allowing him to state "with whomever you find your idols, they shall not live", (31:32) a curse that would soon be manifested in the untimely death of Rachel.

Our Sages note the "Yaakov Avinu lo meit” (Jacob, our patriarch, did not die). Unlike Abraham and Yitzchak, all of Yaakov's children remained within the Jewish fold, and thus his spiritual legacy remains fully alive. 'Isto k'gufo', a man's wife is an extension of himself. Interestingly, the death of Leah is nowhere recorded in the Torah. Apparently, she, too “did not die". Her children would be both the spiritual and physical leaders of the Jewish people.

Tragically, the descendants of Rachel and those of Leah would often be in conflict. Only in the messianic era will they become "a single nation... no longer divided into two kingdoms again" (Yechezkel 37:22). May we do our part to bring about the reconciliation of the Jewish people.