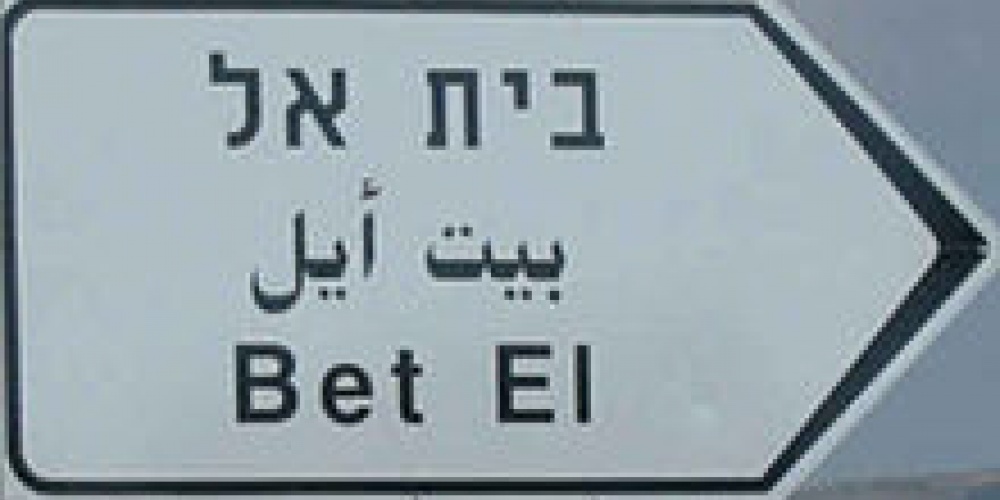 Yaakov is fleeing his home, afraid that his brother will try to kill him. Night is coming, and presumably he has been running all day. He is tired and quickly falls asleep—even with a rock as his pillow. But what a “dream” he had! “And Jacob awoke from his sleep and he said: Behold, there is G-d in this place, and I did not know that” (28:16). What exactly was Yaakov thinking? Did he really think that G-d only exists in certain places? Did he not know, as we all do, that the “earth is filled with His glory”?

Even more perplexing is Yaakov’s reaction when morning arrives. “And Jacob awoke in the morning...and Jacob made a vow, saying: If G-d will be with me, and guard me on the path that I am taking”. Did he not trust in the promise, “and I will be with you and guard you wherever you go”? And most difficult of all to comprehend is Yaakov’s promise to give charity conditionally, “if I return in peace to my father’s home and the Lord will be My G-d”. It’s bad enough that Yaakov questions whether he will return home after G-d explicitly promises he will; but to wonder if G-d will be his G-d seems a bit too much. Had this not been Yaakov Avinu, I might think we were dealing with an agnostic. After all, he appears unsure where G-d might be, and uncertain that there is a G-d to accompany him. I can understand that an agnostic might speak this way, but the one who would be the father of B’nei Yisrael? Our commentaries have struggled with these questions, suggesting that Yaakov was afraid that his sin might cause G-d to “renege” on the promise—a sign of the modesty of Jacob, though perhaps a misunderstanding of G-d’s promise.

Perhaps our difficulty stems from the fact that we have a rather simplistic notion of what it means to have G-d be with us. If one explains it as meaning that “you will worship G-d and remain righteous” (Malbim, v.21), the picture becomes a lot clearer.

Yaakov Avinu was quite aware that G-d is everywhere. What Yaakov Avinu did not know was that He could easily be worshipped anywhere. Yaakov had spent the first years of his life in the land of Israel, the land that G-d chose for His people. And G-d opens his prophecy to Yaakov with the words, “The land upon which you are sleeping, I will give it to you and to your descendants”. He had seen that his father Yitzchak had never left Israel, with G-d commanding him not to even consider doing so.

Worshipping G-d in a foreign land is apparently very, very difficult. “Whoever lives outside the land, it is as if they are worshipping idols” (Ketuvot 110b). Yaakov may have had to flee from his brother, but he truly feared that he was leaving the presence of G-d, going to a G-d-forsaken land. As he was about to leave Israel, G-d wanted to let him know that one can develop a relationship with and be a servant of G-d wherever one may find oneself. Israel may be the centre of Jewish life, but there is much happening in the periphery, too. Jewish history may have Israel as its destiny, but our history was formed outside of Israel—first with the birth of Yaakov’s children (save Benjamin), and later in Egypt.

The Malbim notes that G-d never actually promised Yaakov that He would remain his G-d. Worshiping G-d and remaining righteous is not up to G-d—“All is in the hands of heaven, save for the fear of heaven”.

Yaakov was beginning a long journey outside of the land of Israel, and he was afraid he would be unable to maintain his righteousness away from home. Yet during his over 20 years of “exile”, Yaakov was transformed from an ish tam, “dweller in the tent”, into one who could also be a “man of the field”. Yaakov faced many difficulties during his time away, difficulties that fortified his character. Most importantly, G-d was with him on his journey; or more precisely, Yaakov remained faithful to the traditions of his father and grandfather, ensuring that G-d would remain his G-d. Yaakov could proudly say, “With Lavan I lived, and the 613 mitzvot I kept”, thereby laying the foundation of the Jewish people.