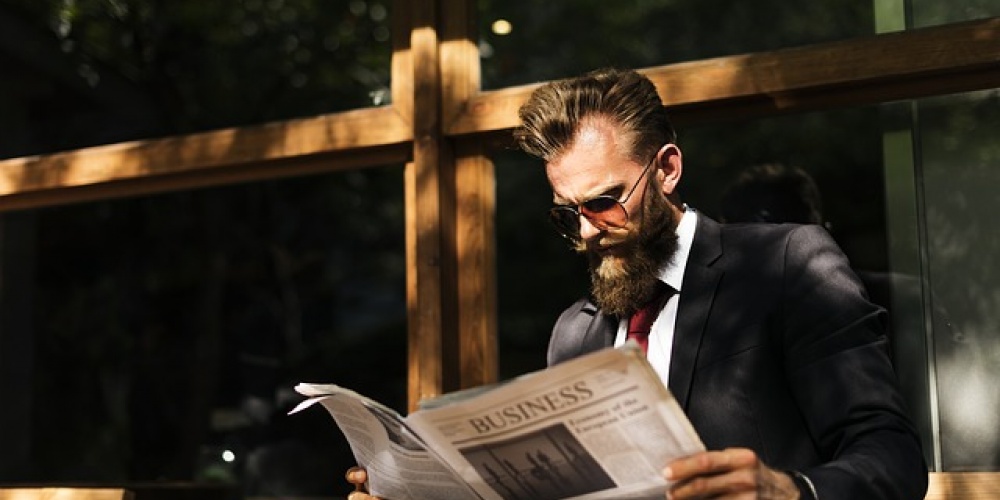 Almost by definition, news—at least most of it—is of the less-positive variety, often causing us to think the world is a lot worse than it really is. What makes the news are the aberrations: tragic murders, terrorist attacks, financial or sexual scandals. There is little to report when all goes as it should; no news really is good news.

In many ways, it is no different with Jewish law. The Talmudic focus is on making that which is wrong, right – or at least as right as can be. With masechtot Sanhedrin and Makkot addressing the court system, the Talmud focuses on crime and punishment, with much discussion of the death penalty. Add in the three Bavas, with tort law, assault and battery, property rights, labour relations, landlord tenant disputes and the like, and it is the underside of human activity that we encounter all too frequently.

But the Torah’s interest is not primarily in punishment, but in rehabilitation and atonement – if not in this world, then at least in the World to Come. Those who are given lashes are no longer liable for a much greater punishment, that of karet, excision (Makkot 23a). We ask those who are about to be executed to confess, “for all who confess have a share in the World to Come” (Sanhedrin 43b). Even when returning stolen goods, one must ask for forgiveness with the aim of creating or restoring friendly human interactions. The contemporary jail system would be most foreign to our Talmudic sages.

As we read more and more about punishments, we must keep in mind that the reward G-d grants for observance of mitzvoth is many times greater than any punishment given by a human court (or by G-d) for violating the norms of the Torah. While G-d may visit punishment for three of four generations, reward is granted for thousands.

“’According to two or three witnesses shall he who is to die be put to death’ (Devarim 17:6). If testimony is accepted with two witnesses, why does the Torah [need to] specify a third?” (Makkot 5b). The Mishna gives three technical responses regarding the laws of testimony to this question. Rabbi Akiva, the great lover of the Jewish people, adds a fourth answer that has little to do with testimony, and much to do with the great reward for doing a mitzva.

The addition of the phrase “or three” teaches that should three witnesses falsely testify that someone should be executed (edim zomimim), then even the third witness will be put to death, despite the fact that his testimony was not actually necessary. And according to Rabbi Akiva, this teaches a great lesson. “If the verse punished one who is an accessory [i.e., the third witness] to those who sin like sinners themselves, how much more so will a reward be given to one who associates with those who perform a mitzva like those who perform a mitzva themselves?”

The 11th man who shows up for the late maariv minyan, the one who donates after the campaign has reached its goal, the one who sits quietly by as communal needs are being discussed, may make little practical difference to their respective outcomes; but the fact that they are accessories to those actively invoilved in mitzvoth means their reward will be great—even greater than the punishment for those who are accessories to wrongdoing.

However, one need not even be an accessory to mitzvoth to reap rewards – one can be rewarded for doing nothing at all. “Whoever sits and does not sin, we give him a reward as if he did a mitzva” (Makkot 23b). Sinning is tempting, enjoyable and fun, and those who do nothing save for avoiding sin are to be greatly rewarded. Just sitting quietly and not talking lashon hara (or not talking in shul) is most praiseworthy. And with 365 negative mitzvot to avoid, there is ample opportunity to be rewarded. By going through a day without cheating, telling a lie, delaying payment, mistreating a colleague, embarrassing others, or bearing a grudge, we are actually doing much – and the reward is great.

And the more difficult the sin is to avoid, the greater the “mitzva” in doing just that. “Rabbi Shimon the son of Rebbe said: Behold it is says: ‘Just be strong lest you eat blood for the blood is the life; [and thou shalt not eat the life with the flesh. Thou shalt not eat it; thou shalt pour it out upon the earth as water. Thou shalt not eat it[1]; that it may go well with thee, and with thy children after thee, when thou shalt do that which is right in the eyes of the Lord (Devarim 12:23-25)]’. Now, if blood, by which a person is naturally disgusted, one who refrains from eating it receives a reward[2], one who refrains from stealing and illicit sexual relationships, which one craves and lusts for, how much more so he will earn merit for him and the generations after him till the end of time[3]?”

The temptation to cut financial corners and engage in prohibited sexual acts is so strong, our Sages note, that few can fully withstand them (Bava Batra 165a). But even if we give in here and there, each time we do not, we are to be greatly rewarded. Not sinning is a notable achievement.

And this is the context of the famous teaching of Rabbi Chaninah ben Akasya that “G-d wanted to give merit to Israel, therefore he gave to them many laws and commandments, as it states, ‘Because God wants righteousness, he increased the amount of Torah and splendor.’”

G-d in his mercy, and our Sages in their kindness, granted us so many opportunities for mitzvoth – both of a positive and negative nature – allowing us to amass much reward. Saying hello to someone, honouring our parents, helping a friend, helping a stranger, sharing a piece of chocolate with another, saying thank you, giving up a seat to an elder—these are no more than basic human decency, but are nonetheless acts which bring great reward.

While we are “to be like servants who service the Master without thought of reward”, our Master lovingly gives us so many opportunities to be rewarded.

[1] It is rather astounding that the Torah stresses that we may not eat blood three (perhaps four) times. It’s as if the Torah wants to triple the reward for this mitzvah, which for most of us, has to be amongst the simplest to observe.

[2] This is another example of the Talmudic editors assuming that those who studied Gemara would naturally have mastery of the Biblical text. The Mishna itself quotes only verse 23 in which the prohibition of eating blood first appears. That the Torah itself mentions a reward for such appears only two verses later. The Mishna (or at least those who printed the Mishna) assumed that all learning this would be quite familiar with verse 25.

[3] That our actions, both positive and negative, have an influence on later – perhaps all future – generations is ennobling and frightening at the same time, and is a basic tenet of rabbinic teaching regarding our actions. It is likely the source of the recital of Yizkor, which originated with prayers that those who have departed this world would be granted atonement for the sins they did that continue to reverberate after their death.