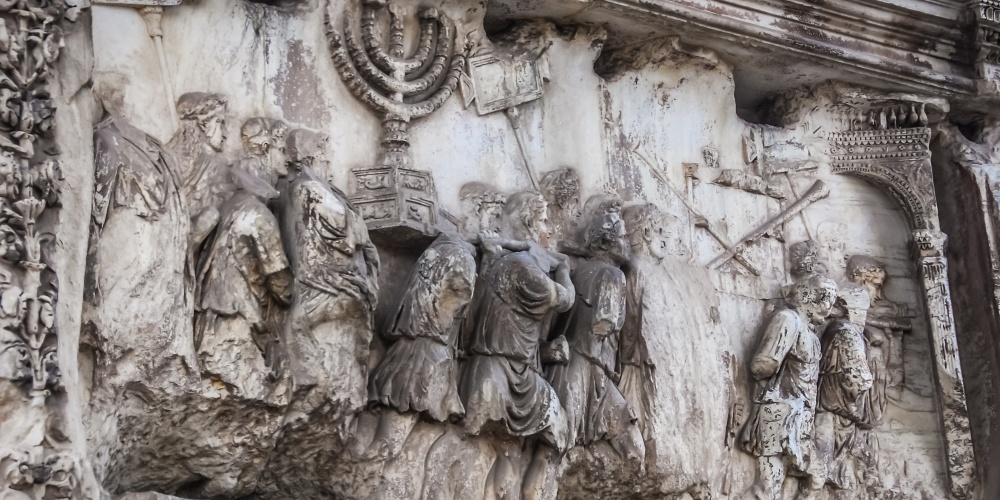 The State of California today is voting on whether to recall and remove its governor from office. This recall will be successful even if only 50% plus one vote to remove him, thereby reversing the will of the 62% who elected him.

It must be no more than mere coincidence that we recently learned in Daf Yomi, “davar sheb’minyan tzraeech minyan acher lehateero, that something established with a quorum[1] requires another quorum to repeal it” (Beitza 5a). That is, even if the original reason for a rabbinic decree no longer applies, unless and until it is formally repealed, the law remains operative.

The Gemara derives this principle from the description of receiving the Torah at Sinai. In preparation for Divine revelation, the Torah instructs the men “to be ready for the third day; do not approach your wife” (Shemot 19:15). The implication, while not explicitly stated, is quite clear. Once the Torah is given and we are no longer in the direct presence of the Almighty, marital relations will be permitted. Nonetheless, G-d specifically instructs Moshe to “go and tell them, return to your tents”—i.e., to your wives (Devarim 5:27). Without G-d’s direct repeal of the initial directive, it would have remained forbidden to be intimate with one’s wife.

Lest one think this principle applies only to Biblical law—perhaps divine edicts need a clear and direct directive to void—but not to rabbinic law, the Gemara immediately teaches that even rabbinic laws need to be officially repealed. This is derived from the laws of orlah and kerem revai. The laws of orlah forbid the deriving of any benefit from the fruit of a new tree for its first three years[2]. Fruit of the fourth year is to be eaten in Jerusalem or redeemed, with a monetary equivalent equal to 125% of the value of the fruit to be spent on food in Jerusalem. In order “to beautify the marketplaces of Jerusalem with fruit”, the Sages ordained that those who lived within one day’s walking distance of Jerusalem may not redeem the fruit and were to bring their actual fruit to Jerusalem.

With the destruction of Jerusalem at the hands of the Romans, there was little reason to continue to observe this practice and every reason not to. “And since [Jerusalem] was destroyed, why should we beautify it for the sake of foreigners? And even so a quorum was needed” (Rashi 5b, s.v. ta’amah). Had Rav Yochanan ben Zackai not convened a special assembly to repeal this law, it would have still applied—despite its non-relevance.

If one is focused only on a given law, it may make little sense to retain such a law if it is no longer relevant; but if one focuses on the legal system as a whole, it makes perfect sense to do so. On a most basic level, without a formal system of repeal, undoubtedly debate would rage as to whether a law is still or is no longer relevant.

We are not the first to wonder why we still keep two days of Yom Tov. The Gemara itself asks and answers this question, responding, “Be diligent with custom of our fathers—there are times when the kingdom makes decrees [against the Jewish people], and it will come to destroy [the knowledge of the calendar]” (Beitza 4b).

Whether this is meant as a single, unified answer—we must be diligent in observing the customs of our ancestors in case they become relevant again—or whether these are two independent reasons to continue the practice matters little.

The Talmudic Sages were well aware that superficially, there is no reason to continue to observe a second day of Yom Tov. But they purposely chose not to repeal it. Our Sages insisted on maintaining a distinction between those living in Israel and those living in exile. This idea takes on greater resonance when we contemplate the fact that the extra day of the Yom Tov applies only during the three pilgrim festivals of Pesach, Shavuot, and Sukkot, the three times a year in which there is a mitzvah to celebrate our great days of national importance specifically in Jerusalem. Rosh Hashanah is celebrated for two days even in Israel, and Yom Kippur for one day even in the Diaspora.

While there may be technical reasons for these developments[3], the end result is clear. On those holidays when we come together as a nation, we distinguish between those in our national homeland and those outside of it. On those days when we focus on our personal relationship with G-d—whose glory fills the earth—all celebrate on the same days.

The “second” reason for maintaining the second day of Yom Tov—namely, that of persecution—is, as we noted in our last post, sadly not as unusual as it may seem. And even if one were to argue that in the age of the Internet and social media, it is just impossible that people would not know when Yom Tov is, it would not follow that it should be repealed[4].

Perhaps our Sages wanted to make a philosophical statement that Jewish life in exile is fraught with danger. Oftentimes it was, and sadly still is, physical danger; but even when we are blessed with physical safety, spiritual dangers lurk. Only in Israel can the Jewish people be secure, only in Israel can the Jewish people defend themselves, and only in Israel do the contours of life align with religious and cultural values of our people[5]. That is something worth thinking about on the second day of Yom Tov and on any other day, too.

[1] A quorum here refers to a Sanhedrin of 71 or its equivalent, and not a minyan of ten.

[3] As fasting for two straight days is beyond difficult and quite possibly dangerous, it would have been forbidden for the rabbis to demand that one be strict in this matter and fast for so long. Rather, it was assumed that Elul had 29 days with the people fasting accordingly, based on the notion that “from the days of Ezra, we did not find Elul full”, i.e., 30 days. We will have to leave the technical reasons as to why there are two days of Rosh Hashanah in Israel for another time.

[4] We are not discussing here the practical question of if and when we, today, have the power to annul prior decrees. While such power may be more than is commonly thought, it is much less than that of the Talmudic Sages.

When observing how so many Jewish values are part and parcel of even the least observant Jews in Israel, I am reminded of the minhag to eat pomegranates on Rosh Hashanah. As our Sages explain, “even the empty ones are full of mitzvot like a pomegranate” (Sanhedrin 37a). For a Yom Kippur analogy, over 90% of Jews fast in Israel. In North America, fewer than 30% of Jews—and we are not including those long assimilated—even enter a synagogue on Yom Kippur.