Some Reflections on the year 2020 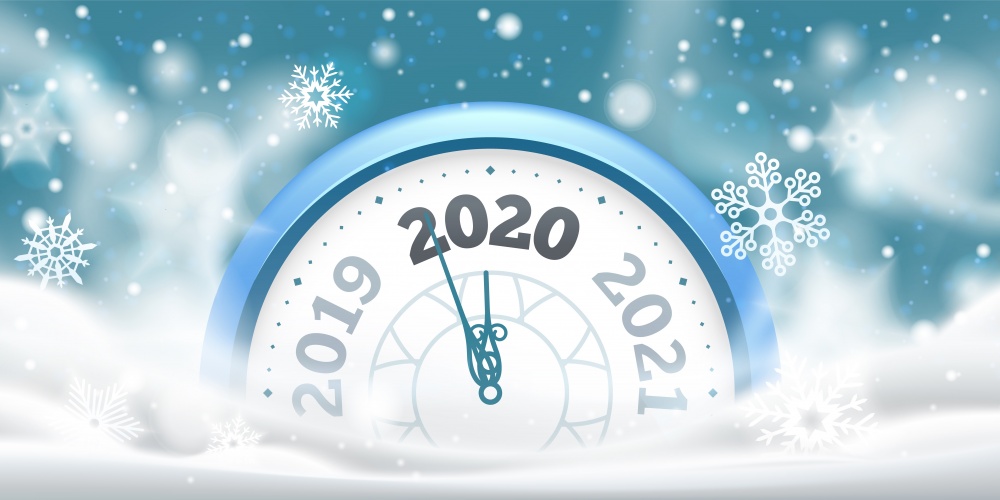 “Ezra enacted for the Jewish people that they should read the curses that are recorded in Vayikra before Shavuot and [the curses] of Devarim before Rosh Hashanah. What is the reason? Abaye, and some say it was Reish Lakish, said: In order that the year may end together with its curses” (Megillah 31b).

While the above is said regarding the lead-up to Rosh Hashanah, there are few who would argue that it is most relevant as the year 2020 comes to an end.

The year 2020 began with such fanfare. On January 1, 2020, over 95,000 people packed MetLife Stadium—if only the name had symbolized the year!—to celebrate the Siyyum HaShas of the 13th cycle of Daf Yomi.  Alas, by the time we were finishing masechet Brachot, the bracha of dayan haemet was all too common. Masechet Shabbat brought little rest, as the numbers of sick and dying climbed exponentially.

How fitting and hopefully prophetic that as we enter 2021, we will read parshat Vayechi, and he lived. There is life after death. Ironically, most of the parsha focuses on death, detailing the dying days of Yaakov—the first person in the Bible that we are told gets sick before he dies—with the last few verses detailing the death of Yosef. Sadly, unlike Yaakov, so many COVID victims did not have the opportunity to offer a deathbed blessing to their children! Yet, “Vayechi Yaakov—and Yaakov lives”. Incredibly, our Sages suggest that “Yaakov Avinu lo met, Yaakov, our forefather, did not die”. While he was buried and mourned over, he lives on, as do his descendants, in the eternal people of Israel.

Yet 2020 was a year with too much illness and death. With 20/20 hindsight, I share a few very incomplete, subjective, and personal thoughts on the lessons I believe we should take away from this past year.

“The pre-eminence of man over animals is nil” (Daily siddur). The coronavirus, originating in an animal, powerfully displayed the weakness of man. It proved that we are but a higher-functioning animal, always at risk of being attacked by those stronger than us. Despite all our advances, an invisible virus can turn our lives upside down keherf ayin, in the blink of an eye.

“And he is just a little less than G-d” (Tehillim 8:6). Yet at the same time man, created in G-d’s image, has accomplished amazing feats, conquering the earth, harnessing nature, and bringing life to so many. Man is truly great. The ability to develop a vaccine—itself a remarkable feat—in record time is nothing short of amazing. When we put our collective minds to something and work together on a common cause, there is little man cannot accomplish, taking our rightful place alongside G-d.

“Olam hafuch ra'eetee, I saw an inverted world” (Bava Batra 10b). While our society honours the corporate elite, the premier athlete, the movie star, those with wealth, it is the minimum wage earner, taken advantage of for too long, who is most essential. The debt of gratitude we owe these people, often risking their lives by showing up to work, is incalculable. Next to our exhausted health care workers, who put their lives on the line, working non-stop to heal the sick, no one is owed more.

Without the efforts of our grocery clerks, truck drivers, personal care workers, and foreign workers doing what Canadians won’t do, we literally could not survive. They have been underappreciated and underpaid for far too long. That many of these same workers are not entitled to sick pay is morally unjustifiable and bad policy, helping to ensure the continued spread of the virus.

“And charity will save from death” (Mishlei 10:2). While the stock market hits all-time highs and the housing market is on fire, the inequities of society grow—with not enought being done to help the suffering. On December 1, USA Today reported that, “Over a roughly seven-month period starting in mid-March—a week after President Donald Trump declared a national emergency—America’s 614 billionaires grew their net worth by a collective 931 billion dollars.” But it is not only billionaires who are better off. A combination of government handouts and lowered personal spending has actually led to the bizarre fact that average Canadians have seen their net worth rise during the pandemic. Yet in a recent report, The Globe and Mail noted that 69% of charities have seen a drop in donations, and only 6% have seen an increase. Something is terribly wrong here. We have witnessed tremendous acts of kindness during the pandemic, yet where it matters most, we are failing.

“And all who toil for the sake of community b’emunah, in faith, may the Holy One Blessed be He reward them, may He remove from them all illness and grant them complete healing” (Shabbat siddur). This pandemic has highlighted why our tradition teaches that the most important quality of a leader is moral leadership and integrity. It is not for nothing we ask G-d week in and week out to bless those leaders who work for the community b’emunah, for the sake of others, subjecting their will to the needs of the community. Sadly, hardly a day has gone by when some of our “leaders” have not flouted the very rules they put in place. And then they wonder why so many don’t follow the rules!

“And one shall guard themselves very well” (Devarim 4:15). I have often been at a loss to explain how a small but noticeable segment of the Jewish community has been so derelict in the most basic of Jewish laws, those of pikuach nefesh. Jewish law makes it abundantly clear that, with the exception of the three cardinal sins of adultery, idolatry and murder, saving a life takes precedence over everything, and surely over the rabbinic mitzvah to daven with a minyan. Even a farfetched danger requires violation of Jewish norms. I was raised on the model of Rav Chaim Soloveitchik who, when asked why he was so lenient in requiring mildly sick people to eat on Yom Kippur, responded that he is not lenient regarding the laws of Yom Kippur; rather, he is strict regarding the laws of pikuach nefesh. Somehow, those most basic laws have been ignored by so many, with tragic results.

“Who is the wise person? One who sees what will be” (Tamid 32a). Thankfully, it has been 100 years since the last major pandemic. But we have had many lesser “pandemics” that should have ensured we were always on guard. This is especially true of the Province of Ontario, which suffered greatly from SARS back in 2003. Yet the advice received after that experience was ignored. Funding was cut and cut, and departments set up to monitor for potential health crises (Canada was the world leader in this area) were eliminated (see here). No wonder we were unprepared. And when the cases dramatically dropped in the summer very little was done to prepare for the inevitable second wave. Our inability to prepare—and put money aside for such—came at the cost of many lives.

“Who is strong? One who conquers his inclinations” (Pirkei Avot 4:1) . Are the health guidelines really so hard to follow? Wearing a mask, social distancing, no movie theatres, no restaurants, no Shabbat guests are major inconveniences. While I can understand why those who have lost their income might want to flaunt the rules a little, for others a bit of perspective is in order.

I recently paid a shiva visit (sitting, masked and socially distanced, on the porch in the cold) to the daughter and son-in-law of a Holocaust survivor. The son-in law related how he told his father-in-law how frustrating he found all these restrictions. The terse response? “I would have been happy with Netflix in Auschwitz”.

Oseh shalom bem’romav: 2020 was not all bad. Who would have believed that in 2020, Israel would make peace with four Arab countries with, please G-d, more to come? This was no less unexpected than the pandemic, and there is reason to hope that a conflict lasting since before the Spanish flu epidemic may come to an end. There is good reason we can hope for a brighter future for Israelis, Arabs, Jews, and Muslims.

Acharon, acharon chaviv. Despite all the pain in society as a whole, most people are pretty much carrying on with their lives. The marvels of technology have allowed so many to continue working. People are buying homes, shopping online, watching television, ordering take-out. The amount of increased Torah growth is a joy to behold, as Zoom has made the Jewish world a little village where opportunities for learning abound. With many children back at home, families are spending more time together, davening together, eating together. Zoom family meetings have brought together cousins who can go ten years without being in touch. We have reoriented our schedules, allowing more time for the more important things in life.

The pandemic has (hopefully) taught us to appreciate the many blessings we do have. We must never take our health, our family, our livelihood for granted. Let us pray that 2021 will be a year of good health, filled with joy and blessings. Happy New Year!