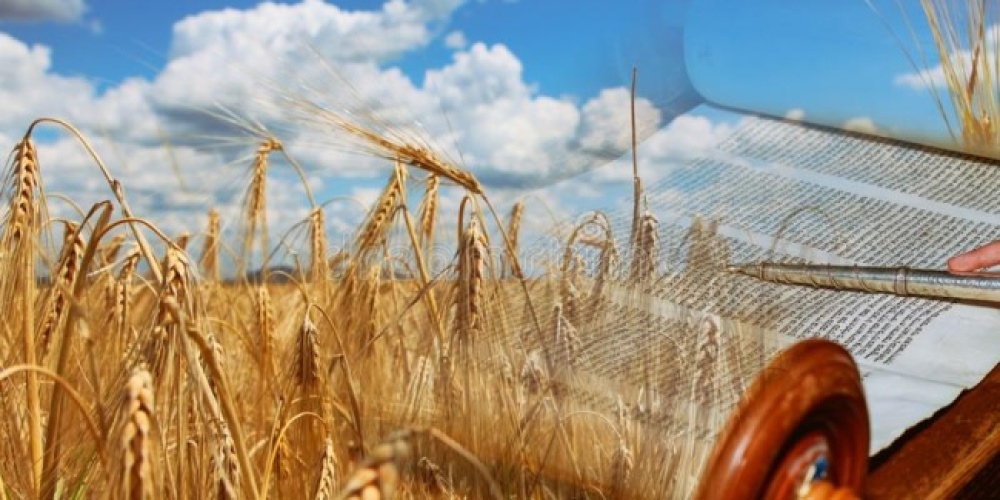 Rabbi Jay Kelman, CPA, CA
| Shavuot
This year, Shavuot falls on a Sunday. This rather unremarkable observation is of little import today; but had we been living in Temple times, or even in the early Middle Ages, this would have spared us much controversy. As is relatively well known, one of the most fundamental, fiercest, and far-reaching debates the rabbis faced was the dating of the holiday of Shavuot. It is this debate that eventually led to the establishment of Yom Tov sheni shel galuyot, the extra day of Yom Tov in the Diaspora.

Unique amongst all holidays, there is no calendric date associated with Shavuot. Rather, it is to be celebrated on the fiftieth date from “the morrow of the Shabbat” that follows Pesach. The rabbis interpreted this “Shabbat” to refer not to Shabbat but to Yom Tov, so that Shavuot is celebrated fifty days after Pesach, regardless of the day of the week. Their protagonists, the Sadducees, later followed by the Karaites, understood Shabbat to mean what it says. Shabbat means Shabbat, and Shavuot is meant to always fall on a Sunday.

I think it is fair to say that most unbiased observers would have to agree with the Sadducees. If the Torah says Shabbat, it probably means Shabbat. The Torah knows very well how to refer to a Yom Tov, and it did not. Furthermore, Shavuot is to be celebrated not only fifty days after the morrow of the Shabbat, but after “seven weeks” following this Shabbat. Is there anyone who does not know a Jewish week begins on Sunday? As if to stress this point, the Torah tells us that these weeks must be temmimot, seven whole and complete weeks. A complete week can be none other than Sunday to Shabbat. While there may be seven days from Wednesday to Tuesday, it hardly qualifies as a complete week. Two halves are not quite the same as a whole.

Looking at Shavuot in its Biblical context just strengthens the view of the Sadducees. Unlike Pesach and Sukkot, Shavuot is a purely agricultural festival on which the farmer acknowledges G-d’s blessing. Being in the middle of the farming season, this is not the time or place for a weeklong holiday like Pesach and Sukkot. As it is solely an agricultural holiday with no historical event to commemorate, the exact date of Shavuot mattered little. Having it fall on a Sunday every year made much more sense. Asking a farmer to take even one extra day off work was not an easy request. It is much easier to have Shabbat and Shavuot back to back than to take a day off in the middle of the week. Lest one think that such conveniences should play no role in establishing the calendar, one of the factors the rabbis took into account upon deciding whether to declare a leap year is how cold it might be for the kohen gadol performing the special service on Yom Kippur.

So if the Sadducees are so right, why are they so wrong? Why were the Rabbis so insistent that Shabbat means Pesach? Or, to put it slightly differently, if the Torah meant that the count towards Shavuot begins on the day after Pesach, why did the Torah not say so? While the Sages of the Talmud sought to undermine the arguments of the Sadducees using Biblical verses, such arguments may have been suggested to do battle with them on their own turf[1].

Leaving these micro-arguments aside, there is, I believe, a much more profound answer that speaks to the essence of Torah itself.

While in the Biblical text itself, Shavuot is only an agricultural festival, Jews around the world associate Shavuot with the giving of the Torah. The Torah may refer to Chag Hakatzeer, the harvest festival[2], but we all know it as zman matan Torateinu. What makes it Torateinu, our Torah, is the Oral Law. That, too, was given at Sinai. Christians accept the written bible, but they practice a different religion.

Our Torah is primarily an oral one—dynamic, even flexible (to a limit), forging relationships between teacher and student, and constantly mined for new insights. The written word is fixed, but the Torah sheba’al peh is flowing with new insights and interpretations. It is the Oral Torah that is the cornerstone of learning. The written Torah reflects G-d’s word, yet the “Torah is not in heaven”, and man—using the Divine principles given at Sinai—must apply them to an ever-changing world. While the written word reflects Divine truth, it is the oral interpretation that reflects a living reality[3]. And the two are not always the same; p’shat and derash can conflict, with each reflecting a different element of truth. The Torah may write “an eye for an eye”, but in practice, one who pokes the eye of another must make monetary restitution only, something our sense of justice could not allow to be written in the Torah.

Shavuot celebrates zman matan Torateinu, the time we were given “our Torah”. Having the actual day of the holiday determined by the Oral Law, in seeming (or possibly actual) contradiction to the written, is the essence of what receiving the Torah is all about. The Divine lawgiver, as the Master Poet, often used words that have multiple meanings and messages. Shavuot celebrates our Torah, the one applied in the real world. It may emanate from Sinai, but it endures through our efforts.

[1] It is not uncommon that in dealing with questions of “outsiders”, both Jew and non-Jew, the Rabbis would give one answer that, while possibly satisfactory to them, left their students inquiring as to the “real” answer. Whether that is the case here, I cannot say.

[2] As I argue here, the Torah deliberately does not associate Shavuot with the giving of the Torah, and its status as the focus of the day is a latter-day development. Nonetheless, all agree the Torah was given at about this time, and as the holiday developed, new emphasis—even new meaning—could and should be applied to the day. Such may not be explicit in the text, but the whole thrust of this devar Torah is that the written text is of secondary importance.

[3] It is important to note that the Oral Law has (at least) two distinct aspects, one in which G-d actually told Moshe what certain words mean, and one where it is up to man to use Divine principles to interpret the text. It is here that disputes are possible, even inherent, to the halachic process.