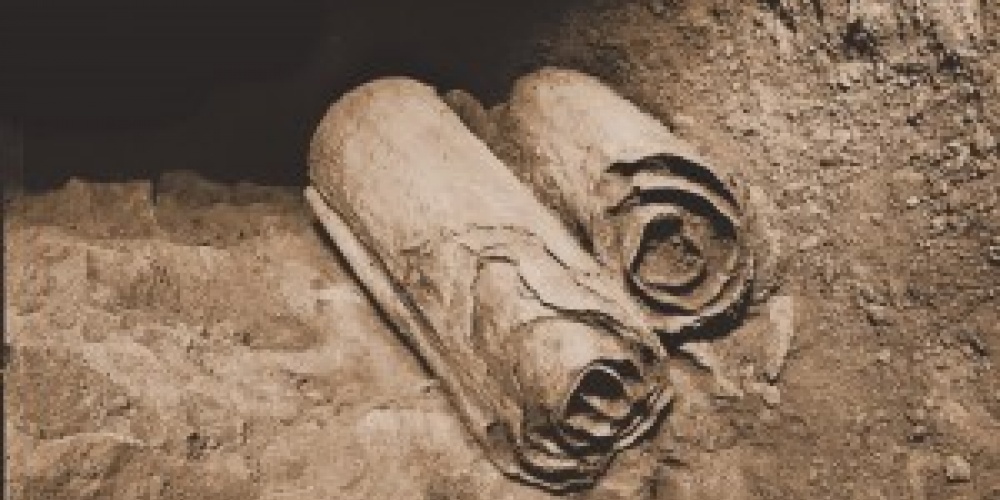 When discussing the transition of torah sheba’al peh from knowledge that was transmitted orally to knowledge that is primarily studied via texts, we tend to think of the mishnah as the first text to record the oral law. Yet, a comment recorded on our daf adds important nuance. “Rav said, ‘I found a hidden scroll, and in it was written that ishi ben Yehuda says that the forbidden melachot are forty less one, and one is liable only on one’”. While the mishnah was the first official oral text, apparently there were “secret documents” floating around that had records of the oral law.

Rashi notes that these secret scrolls were necessary because it was forbidden, at that point in history, to record the oral law—but only for posterity. It was unreasonable to expect people to recall all that they had learned by heart, and students would thus take notes on new material learned, lest they forget it. They would then—and from Rashi, it appears this was done immediately after being written down—hide these scrolls. Presumably the act of taking notes, in and of itself, would serve as a great memory aid, allowing the scrolls to then be hidden away.

What is interesting to note is the content of this hidden scroll; namely, the information that there are 39 forbidden categories of work on Shabbat. While any pre-bar-mitzvah yeshiva student knows this fact, apparently in early Talmudic times this was not only not widely known, it had to be written down, lest it be forgotten. As the mishnah in Chagiga notes, the laws of Shabbat “are like a mountain being held up by a thread of hair”. The only activity specifically prohibited by the Torah on Shabbat is that of lighting a fire (and possibly plowing and harvesting; see Shemot 34:21), and it took rabbinic exegesis to determine that there are actually 39 biblical categories of forbidden work.

Even if one were to argue that it was the second part of the statement—interpreted by the Talmud to mean that not all of the melachot are considered capital offences—that needed recording, the fact that the 39 melachot were also written down is quite telling.