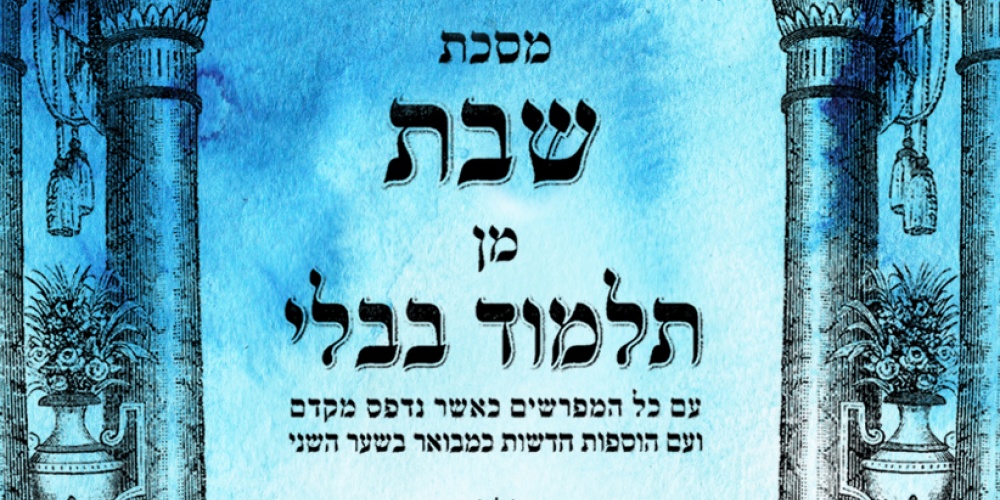 “Rav Yehuda said in the name of Shmuel: Three thousand halachot were forgotten during the days of mourning for Moshe” (Temurah 16a). All too often, we take things for granted, only realizing what we were blessed with when we no longer have it.

It had never entered the mind of the Jewish people that they would have doubts regarding issues of Jewish law. If ever a question arose, they could simply ask Moshe Rabbeinu. And in the rare situation when he did not know the answer, he had a direct line to G-d. What would be when he died is not something to which they gave much thought[1]. But Moshe did die, and the Jewish people were thrust into chaos. No longer could queries be easily answered, and 3,000[2](!) questions were left unresolved.

This forgetfulness was not a one-time event. “When our Sages entered the vineyard in Yavne, they said: The Torah is destined to be forgotten from the Jewish people, as it is stated (Amos 8:11): ‘Behold, days are approaching, says the Lord G-d, and I will send forth a hunger in the land, not a hunger for bread and not a thirst for water, but for hearing the words of the Lord’” (Shabbat 138b).

With the prohibition against putting the law into writing, is it any wonder that the Torah “was destined to be forgotten”? Yet it is one thing to forget even 3,000 halachot; it is quite another for Torah to be permanently and completely lost. It was this fear that led our Sages to “begin [with the teachings of] Hillel and Shammai” (Toseftta Eduyot 1:1), recording what would eventually become the Mishna. As the long period of exile began, and with the future of Torah dependent on “the vineyard in Yavne”, there was little choice but to record the teachings of our Sages in writing.

All this raises the question of why there was such a prohibition. From the time of Moshe, it was already obvious that much of Torah would be forgotten. Why did our tradition not insist that everything be written down from the beginning, so that 3,000 halachot would not be forgotten?

The inescapable conclusion is that Torah is meant to be forgotten. It was destined to be this way because this is the way it should be. G-d wanted us to forget Torah so that we would then need to re-create Torah.

This was a lesson that would not be easily learned.

The Jewish people approached Yehoshua, asking him to seek G-d’s guidance in restoring these lost laws. Yehoshua answered that he could not do so, as Torah “is not in heaven”. Many years later, the Jewish people tried once again, approaching Shmuel with the same request. Quoting the text, “These are the commandments that the Lord commanded Moshe to tell the children of Israel at Mount Sinai” (Vayikra 27:34), Shmuel explained that a prophet is not permitted to introduce any new laws. Fascinatingly, even though it was just restoring that which was lost, this would have constituted a “new law”. Relearning and learning are just not the same.

Refusing to accept no for an answer, the Jewish people approached Pinchas and Elazar and received similar answers to those of Yehoshua and Shmuel.

The laws were to remain forgotten, and it would be the Jewish people themselves who would have to re-create these laws. “Rabbi Abbahu says: Even so, Othniel, son of Kenaz, restored them through his sharp mind”. And it goes without saying that when someone recreates something, it is never quite the same as the original.

The Torah is a living document that must be applied anew in every generation. We must go to the “judge who will be in that time” (Devarim 17:9). Halacha is the art of applying timeless Torah principles to all changing societal conditions. In order to ensure the Torah is correct, for the present, we may need to forget the rulings of past.

The reason this may sound revolutionary and radical is for the past 1,800 years, we have been living with a Torah that was utterly transformed, and after 1,800 years, we think that is the norm. The decision to write down the Torah was a nullification and distortion, albeit a necessary one, of the Torah. This fateful decision was a fulfilment of the verse, “There is a time to act for the Lord—they have nullified Your Torah” (Tehillim 119:126).

As the long exile was taking root—itself a distortion of Torah—there was real fear that the entirety of Torah would be forgotten. Faced with the prospect of not just a partially forgotten, but a lost Torah, Rebbe Yehuda haNassi committed the Oral Law to writing. That act—meant only for “a time”—revolutionized our relationship to Torah. The written word of the Oral Torah became as sanctified and unchangeable as the Torah itself. Whereas a later court could, and often did, overturn the decisions of prior courts, with the writing of Mishna, later Sages could no longer overrule those who came before them[3].

That which is written cannot be forgotten. And forgetfulness is part and parcel of Torah, enabling it to be recreated and renewed. For 1,900 years, as the Jewish people and Torah were in exile, the goal was to preserve the entirety of Torah. Living in environments that were often hostile and always foreign, our primary mission was to ensure Torah not be forgotten. That came with a price, one we had no choice but to pay. With our return to the land of Israel, the only place where Torah can be applied in its entirety, the process of Torah returning to its oral roots can begin. A Torah that is forbidden to be written down so that it is able to renew itself, to respond more quickly and effectively to the needs of the day. Of course, for this to happen, we need a recreated Sanhedrin, something that Rav Yehuda Leib Maimom, the first religious affairs minister of the modern State of Israel, proposed.

Rav Kuk explains that much of the Torah is purposely vague, allowing, encouraging and demanding a multiplicity of views and interpretations, with each generation applying the timeless principles in its own way. Views that were normative in the past may be out of sync with the needs of the day[4], and the Jewish people have the right and obligation to reinterpret the Divine text of the Torah.

We are heirs to a beautiful 4,000-year-old tradition. The past inspires, guides and sustains us. Yet as Jewish life becomes more and more centered in the State of Israel, we yearn for the re-establishment of the Sanhedrin and the restoration of Torah to its pristine state. May we soon witness that which we will read this week, “Restore us to You, O Lord, that we may be restored! Renew our days as of old”.

[1] While that sounds foolish, don’t we all do the same thing? There are all kinds of things for which we ought to prepare, but somehow, we often manage to ignore these issues until it’s too late. Regarding Moshe, the people may have literally believed he would not die. As Rashi notes (Devarim 32:47), Moshe had to be taken away by G-d in broad daylight. “The children of Israel said, ‘We swear by such and such, that if we notice Moshe [ascending the mountain to die], we will not let him do so! The man who brought us out of Egypt, divided the Red Sea for us, brought the manna down for us, made flocks of quails fly over to us, brought up the well for us, and gave us the Torah—we will not let him!’ Thereupon, the Holy One, Blessed is He, said: ‘I will have Moshe ascend the mountain [to his resting place] in the middle of the day!’”

[2] Like most Midrashim, this is not meant in a literal sense. It is doubtful the Jews in the desert observed or even knew anywhere close to 3,000 halachot. Rather, it seems the number 3,000 is meant to evoke the number of Jews who actively participated in the sin of the golden calf. Just as the golden calf separated the Jewish people from G-d, the death of Moshe meant the direct link they had to G-d was no longer. Once in the land of Israel, overt miracles would cease.

[3] While this rule formally applies only to the ability of Amoraim to argue on Tanaim and for post-Talmudic rabbis to disagree with decisions of the Talmud, the acceptance of prior authorities—especially those of earlier eras—is almost a given amongst Torah authorities.

[4] To cite an extreme example, the Dor Revii does not rule out the possibility that ayin tachat ayin, an eye for an eye, may originally have meant exactly that. As moral values changed over time and such was viewed as somewhat barbaric, the Rabbis re-interpreted the verse to mean a monetary payment. This can help us to better understand the Rashbam, who notes that indeed the pshat, the plain meaning of the text, is the literal one even as the halacha understands that, in practice, the penalty is a monetary one.