Sanhedrin 97: Nothing But the Truth 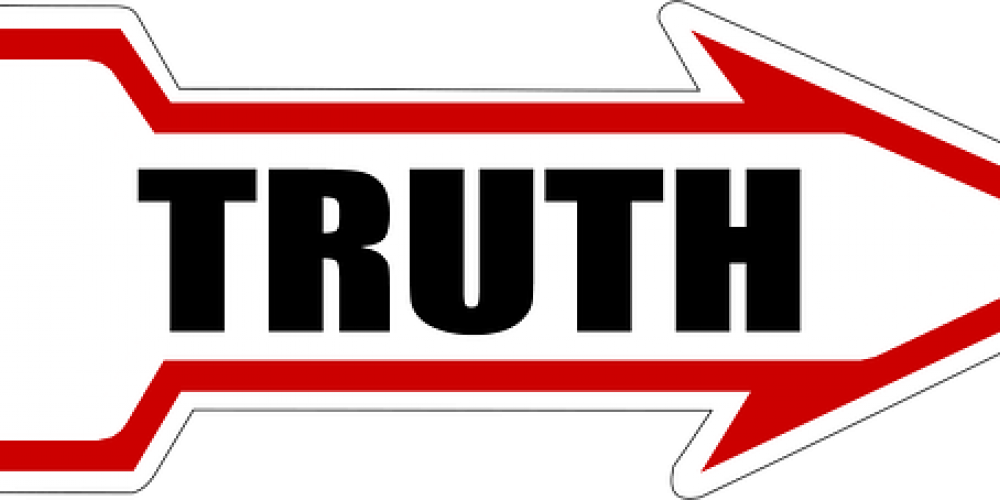 This world is sadly (but we ignore this truth at our peril) an olam sheker, a world of falsehood; only in the next world, the olam haemet, will truth fully prevail. While this can be most depressing, it is can also be somewhat comforting. Once we acknowledge that lies surround us – it is hard, perhaps impossible, to truly stay far away from lies – we won’t have our expectations shattered when people are not fully honest with us. We might be able to understand and forgive when others lie to us. It is G-d and G-d alone whose signature is truth[1] (Shabbat 55a).

And thus, in practice, the halacha allows—perhaps insists—that there are times when we are to lie[2], most famously in order to ensure peaceful human interactions. Truth may be important, but peace is even more so. Yet there are exceptions to every rule.

“Rava said: I used to think at first that there is no truth in the world[3]. But then one of Rabbis said to me—and Rav Tavut was his name, and others say Rav Tavyomei was his name—that even if he were given all the treasures of the world, he would not lie. He related the following story to me: One time he came to that place and Kushta was its name, and they would not tell a lie, and no one from there ever died before their time[4]” (Sanhedrin 97a).

That pure truth is most rare is already indicated right from the start of our story. Rav Tavut, or is it Rav Tavyomei? It seems like no one knew his true name, appears nowhere else in the Talmud. He visited what almost seems like a mythical place, the city of Kushta, no other record of which exists. Kushta, the Aramaic word for truth, k’s’mo ken hu, is always, and we mean always, spoken in Kushta. Rav Tavut, or Tavyomei, would seem to be a perfect candidate for residence in Kushta. A man who would never tell a lie – whose very name means “good” or perhaps “good every day” – should find kindred spirit in Kushta. Yet there is truth, and then there is truth.

“He married one of their women, by whom he had two sons. One day, his wife was sitting and washing her hair when a neighbour came and knocked at the door. Thinking it would not be proper [to tell her], he said to her, 'She is not here.'”

This is a most reasonable response. Rav Shlomo Zalman Auerbach ruled that one may have a member of the household tell an uninvited guest, or caller, on the phone that the “master” is not home – even if he is. One is under no obligation to see or speak to someone just because they would like to speak to you—though depending on the circumstances, it may be the correct thing to do.

But what is reasonable everywhere else is not so in Kushta.

“Subsequently, his two sons died. The people of the town came to him and said, 'What is this?' So he related to them what had happened. 'We beg you, leave our town, and do not incite death against us.”

The people of Kushta were people who could not tolerate a lie under any circumstances. The near impossibility of maintaining such a standard required constant vigilance. As one slip-up could set the town back for years, they had to have a zero-tolerance policy for any mistruth – regardless of the reason. Those incapable of such a standard, i.e., everyone else, should stay away, as the consequences for not living up to this standard are most severe[5].

While trying to emulate the people of Kushta can be most dangerous, we see echoes of their approach when it comes to educating children. Children are, by their very nature, honest – often much too honest for adults. It is crucial that they maintain their innocence and purity. While adults may tell the occasional white lie, we should never allow children to do the same. Seeing the world as black and white, and not yet able to understand all the nuances involved in speech, allowing even the occasional white lie can be fatal to their moral development (see here for further discussion). As they take their place in the olam sheker they can, and invariably must, learn that there are times when truth is the second most important value to consider, and must at times take a back seat. But even as we speak mistruths, we must be cognizant of those in Kushta who, like G-d, have a signature of truth. While such a place may not appear on any map of earth, it is the capital city of the World to Come.

[1] It is interesting that the Rambam (Deot 1:5-6), when discussing the obligation to “walk in G-d’s ways”, explains that we must imitate G-d’s attributes. Just as G-d is rachum, chanun, erech apaim, merciful, kind and patient, so must we be. Yet there is no mandate to copy G-d’s attribute of truth. That is something that will have to wait until the World to Come.

[5] This is a most important point when one is considering adopting a stringency in Jewish law. Unless one is confident one can properly maintain this more difficult regimen, better to observe the law as it is, without looking to do more. We will read a Biblical example of such this Shabbat where Sarah, in a most selfless move, suggested Abraham marry Hagar. However, it really was too much for her and she subsequently sinned by throwing Hagar out of the house (see Ramban, Breisheet 16:6).