Sanhedrin 97: It's Almost Over 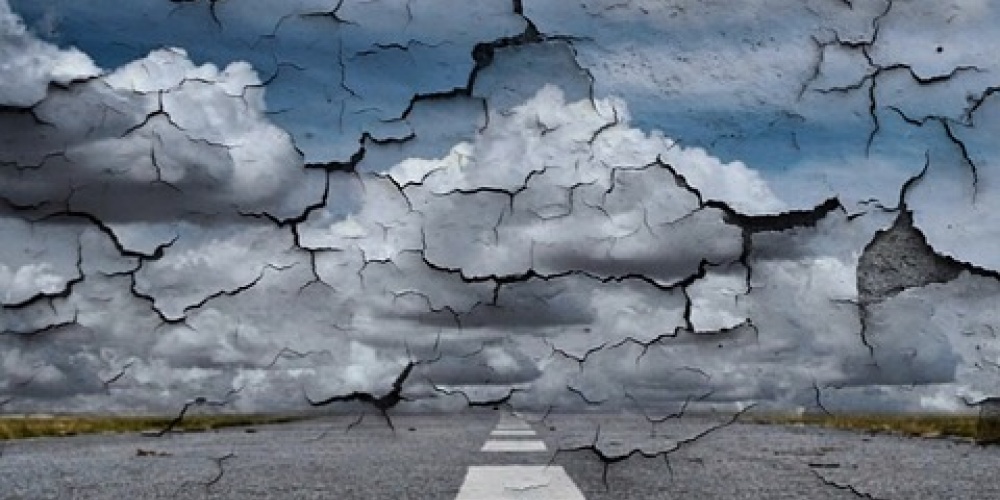 One of the philosophical debates between the Greeks and Jews concerned the eternity of the world. The Greeks believed that the world has existed from time immemorial and thus, had no actual beginning. Jewish thought has traditionally believed—based on the opening word of the Torah, Breisheet, “in the beginning”—that there was a beginning to the world[1].

What the Torah (and for that matter, philosophers) says little about is the possible end of the world. If there is a beginning, it is quite reasonable to assume the world may have an end date.

Based on the verse, “A thousand years in Your eyes are like one day” (Tehillim 90:4), the Talmud suggests that after six “days”, i.e., 6,000 “years” of creation, there will be a day of rest—the Shabbat—where creation ceases and the world as we know it ceases to exist. “Rav Kattina said: ‘Six thousand years shall the world exist, and one [thousand], it shall be desolate’” (Sanhedrin 97a).

While this may sound a bit jarring, it actually makes eminent sense. The Midrash (see Breisheer Rabba 9:5) notes that the tov meod that G-d saw when creation was complete refers to mavet, death, a sad but much-needed component to life. Without it, society could not progress, innovation would be stifled, and man would give new meaning to the word “procrastination”. Just as an individual needs the spectre of death to spur him to action, so, too, does society as a whole. We as a society have – at least according to Rav Kattina – 6,000 years to complete G-d’s work. He created the raw materials, but it is up to man to fashion it into something beautiful. Such is the responsibility of being created in G-d’s image[2].

Of course, not all that needs to be done can be accomplished in any one generation, nor do all generations have similar tasks. The Gemara divides these 6,000 years into three district periods. “The Tanna devei Eliyahu teaches: Six thousand years is this world: Two thousand desolation, two thousand Torah, and two thousand years the days of the Mashiach” (Sanhedrin 97a).

A quick, simple calculation of the chronologies of Sefer Breisheet reveals that Abraham was born in the year 1948[3]. As Rashi notes, there is a rabbinic tradition (see Avodah Zara 9a) that Abraham first started teaching others about G-d at the age of 52, such that (exactly) in the year 2,000, the Era of Desolation came to an end and the Era of Torah started. Whether or not Abraham intuited aspects of the Torah, he was the first to bring the message of ethical monotheism to the wider world.

Some 448 years after Abraham began his mission to bring G-d’s message to the world, we received the Torah and, for the next 1,500 years or so, Torah existed in its pristine and original state – passed down orally from generation to generation. These 2,000 years ended (as Rashi calculates) in the year 242 CE, just around the time that Rabbi Yehuda HaNassi took the bold step of committing the Oral Torah to writing – organizing, classifying and editing the law into the Mishna. With the writing of the Mishna, the second stage of history came to an end, and we entered the third stage of history, that of Yemot haMashiach.

However, that is not what happened – unless, of course, one happens to have a Christian view of history.

And so Pablo Christiani, an apostate Jew, quoted this passage in his debate with the Ramban in 1263 in Barcelona to demonstrate that the Talmud itself sees the Christian tradition as the correct one. Just as the Era of Desolation gave way to the Era of Torah, the Era of Torah gives way to the Era of the Messiah, with a new testament to replace the old. What greater Talmudic proof could there be for the truth of Christianity and Jesus as the messiah?

I might have argued that Torah and Mashiach can co-exist, with the Messianic Era being the culmination of the period of Torah, demonstrating that we have lived up to the goals and demands of the Torah. And that could and would occur at some point during these third 2,000 years. Or that this reflects just one view, and there is no consensus on the matter. And indeed, the Gemara quotes a variety of views on the subject, and there is little reason to believe any were much more than mere speculation (or of a symbolic nature), with no particular view being binding or even authoritative.

Yet the Ramban does not do so, and does not even answer the claim. Rather, he claims there is no claim at all. This, because Aggadah, claims the Ramban, is non-binding and we are under no obligation to accept this teaching.

The Tanna devei Eliyahu, living before the year 240, could easily argue that the Messianic Era was around the corner. But the Ramban, living 1,000 years later, could not easily argue such. The Era of Desolation and the Era of Torah lasted the full 2,000 years and presumably, the Messianic Era should have begun at, or at least near, the year 4,000. While during the time of the Tanna devei Eliyahu such was possible, during the time of the Ramban it clearly was not, and instead of offering an alternate interpretation of the passage, he dismissed it out of hand[4].

At the same time, it could very well be that Tanna devei Eliyahu was correct, and the Messianic Era should have begun in the year 240. However, our actions demonstrated that we were not ready for the Mashiach, and his arrival had to be delayed. The internal strife, infighting and sina’at chinam that led to the exile – and the need to write down the Mishna in the first place – sadly continues to this day, further delaying the arrival of the Messianic Era even further. Only when we are actually ready for the arrival of Mashiach will the period of Torah and Yemot haMashiach co-exist in beautiful harmony.

[1] Interestingly, the Rambam (Guide 2:52) notes that had he been convinced philosophically that the Greeks were correct, he would have accepted that view and “re-interpreted” the opening verse of the Torah. Today, the consensus of scientists is that the world did indeed have a beginning, what we call the Big Bang.

[2] Considering we are living in the year 5778, that does not give us oodles of time. We have even less if we are to assume that we are actually some 160 years later, at approximately the year 5938, those 160 years being the “missing years” of rabbinic chronology from the Persian period.

[3] This, of course, is a much different 1948 than on the calendar in vogue today. A fascinating coincidence – or is it?

[4] Whether or not the Ramban actually meant what he said or said so only to refute the claims of the apostate Jew is a matter of debate, and beyond the scope of this devar Torah.