Sanhedrin 24: Off to Vegas 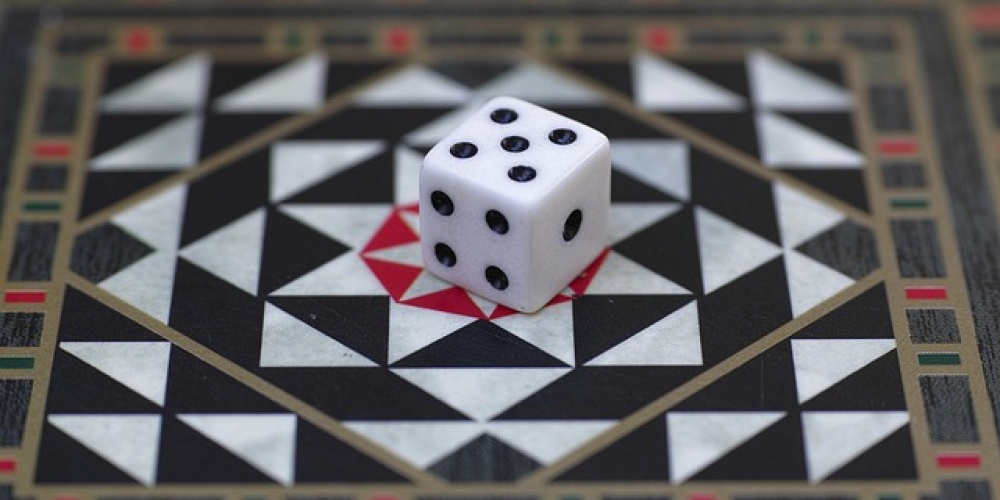 "And G-d blessed them and G-d said unto them: Be fruitful and multiply and fill the land and conquer it” (Breisheet 1:28). These are the first words spoken by G-d to man and are the basis for all human existence. Without people having children, humankind would come to an end. But pru u’revu encompasses much more than physically having children[1]. Part and parcel of this blessing is the obligation to conquer the world—to overcome the scurge of disease, explore the land, sea and the heavens, to seek, discover and harness the power of nature for the benefit of mankind. It is impossible for any one, ten or even a hundred generations to fully conquer the land. The more we conquer, the more we realize that we have only barely scratched the surface. What was impossible yesterday is reality today, and it will be passé tomorrow.

Just as it’s hard for us to imagine life before the discovery of electricity and the invention of the phone, computer and automobile, no doubt future generations will look upon us as a most “primitive” generation, lacking the “basics” of life. It will be our children, and their children throughout time, who will continue to conquer the earth; they will partner with G-d in the ongoing process of creation. Fulfilling this mitzvah of having children who can fully utilize their resources is the first and greatest Divine blessing for man.

The Torah begins not with the story of the Jewish people, but with that of mankind; and G-d’s blessing and later command of pru u’revu was given not to the Jewish people, but to mankind as a whole. We are humans first and Jews second; or to put it slightly differently, basic human decency, derech eretz, is a prerequisite to Torah. It is for this reason, Rabbi Soloveitchik notes, that our Sages suggest that Adam and Eve are buried alongside Abraham and Sarah, Yitzchak and Rivka, Yaakov and Leah. Being a committed Jew means contributing to the world-at-large. Concepts such as tikkun olam, kiddush Hashem and chilul Hashem, and being an or lagoyim, require us to interact in a most positive way with the non-Jewish world.

In the weeks before his death, Moshe tells us that the Torah “is your wisdom and your understanding in the sight of the peoples, that when they hear all these statutes, they shall say: 'Surely this great nation is a wise and understanding people’” (Devarim 4:6). Based on this verse, the Talmud derives an obligation for Jews to “calculate astronomical seasons” which, in the ancient world, was the best way to demonstrate our wisdom. ”What is wisdom and understanding before the nations? You shall say it’s the study of the cycles of stars and the movement of constellations” (Shabbat 75a). (Predicting a solar eclipse years in advance is a big deal, and a fulfillment of the Torah’s mandate for man.) In every generation, we are obligated to study those fields that bring much wisdom and understanding to the world.

To be uninvolved in improving the world around us is an abdication of G-d’s charge to man. On a more mundane level, it has legal ramifications. “These are the ones who are invalid [as witnesses and judges]: mesachek b’kubia, one who plays with dice…” (Sanhedrin 24b). Jewish law accepts the view of Rav Sheshet that the disqualification of a gambler[2] is because “he is not involved in settling the world, eino osek beyishuvo shel olam”[3].

As the Gemara notes, such would apply only to a professional dice player. One who has a regular job, thereby making a contribution to society, yet gambles recreationally, may still be trusted in a court of law. Doing such is a normal, even if non-ideal, use of one’s time. It is not gambling per se that invalidates one from being a witness, but the fact that a full-time gambler contributes little to society[4].

But why should one who contributes little to society not be trusted in a court of law, where he can actually make a contribution? True, he may be violating the imperative of living a holy life, and may be far from our model Jew. But why is that reason enough to invalidate him?

Our Sages understood that a Jew who fritters away his life playing games has a warped perspective on what life is all about, and his words cannot be accepted in a court of law—not because he knowingly cheats or consciously lies, but rather, because his warped view of life makes his testimony unreliable. He does not know how much he does not know.

While one who gambles is doing something inherently inappropriate, that is not a necessary condition for having a distorted perspective on life. Just as a professional gambler cannot appreciate the seriousness of the courtroom, we cannot fully appreciate the challenges faced by others who live in a very different environment. It is why, generally speaking, a rabbi from Israel should not rule on issues affecting American Jewry (and vice versa), and why the Western world appoints a jury of one’s peers to mete out justice. Those who sit in the ivory tower of academia or the yeshiva should stick to teaching and theoretical ideas, leaving the practical application to those who work on the ground with the common folk. And this is why it is a good idea to marry someone belonging to a similar socio-economic class. So, too, the board of directors of a charitable organization should reflect the broad constituency it serves. Eino osek beyishuvo shel olam has many applications. Of course, there are exceptions, but it is the rule that our Sages are dealing with.

When our Sages urge us to “appoint for yourself a rabbi, asei lecha rav”, (Avot 1:6) the stress is on lecha, you. One must choose a rabbinic mentor who is appropriate for one’s particular life situation—and it is we who get to choose. One who, for example, sees the State of Israel as “the beginning of the flowering of our redemption” should not be asking questions (on almost any topic) of those who do not acknowledge the benevolent hand of G-d in its creation. And one who believes that mixed gender youth groups are inappropriate should choose a rabbi who feels the same way.

If we want to understand the perspective of others – and we should want to do so – let us go out and join them in conquering the world.

[1] In fact, bringing children into the world can at times be harmful. Having children and then neglecting to provide for them, physically, emotionally and economically, does no one any good. Some have even claimed that the reduction in crime across the United States over the past generation can be attributed in great measure to the legalization of abortion in 1974. Unwanted babies are at greater risk of criminal activity.

[2] While the most common application of mesachek b’kubia is gambling, it is clear from the Gemara that the term includes other gaming activities, even those that are not fully dependent on luck but have some degree of skill involved—perhaps something akin to picking winners in a football pool. What they all have in common is that they contribute next to nothing to society.

[3] We will, please G-d, discuss the view of Rami bar Chama, that gambling is a form of theft in our next post.

[4] Ironically, with the advent of legalized gambling, one could possibly argue the gambling industry is very much involved in “the welfare of the land.” They provide jobs, pay taxes and attract tourists, no different from many other fine industries. Of course, legalized gambling may bring a whole host of other problems, but it is hard to argue that it is not different from a private football pool, which provides none of the above.