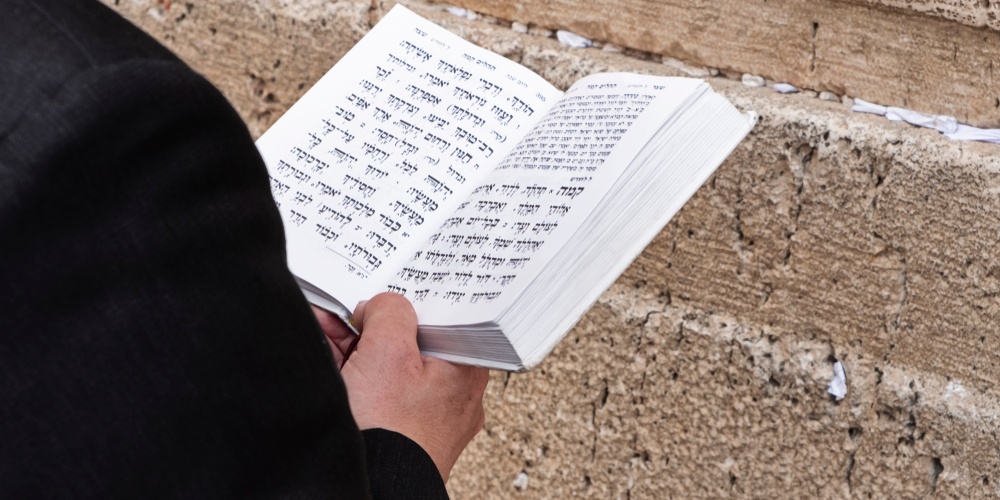 Rabbi Jay Kelman, CPA, CA
| Rosh Hashanah
Teshuva tefillah, utzedkaha ma’aveerim et roah hagezeirah - repentance, prayer and tzedakah remove the evil of the decree.
Prayer is a great gift from G-d[1]. That the Divine allows human beings, full of sin to approach Him and beseech Him is something we are to be most grateful for. Like many a gift we often do not appreciate what we have been granted. For many prayer is a burden, an obligation that we think we fulfill by reciting a text three times a day (or for some three days a year). But prayer offers a wonderful opportunity to pour out our inner thoughts to G-d, to take time off from our busy schedules and reflect.
What is true of prayer is true of teshuva, repentance. This gift is even harder to understand as it allows us to somehow undo, at least partially, the past. Actions that were considered sins at the time can with proper teshuva turn into mitzvoth. And yet we often don’t appreciate the great of opportunity that teshuva offers. Like prayer it often takes Rosh Hashanah to inspire us, to put us in the frame of mind and the sense of urgency to take prayer and tehsuva more seriously.
And what is true of tefillah and teshuva is also true of the mitzva of tzedakah. Like teshuva and tefillah we often view as a burden, one where we are required to share our hard earned money with others. It can be hard to view tzedakah as an opportunity to help those in need, to develop empathy for others and, hardest of all, to recognize that our wealth involved luck as much as anything else. There are others, equally bright, hard working and industrious who were not as lucky as we. This realization will help develop the trait of humility - perhaps the most important one of all and the only one the Torah uses to describe Moshe.
While teshuva, tefillah and tzedakah are appropriate all year round they take on special meaning at this time of year. Simply stated they are more effective. “’Seek out G-d while He can be found, call upon Him when He is near’ (Yehsayahu 55:6) - these are the ten days between Rosh Hashanah and Yom Kippur”. No different from the agricultural cycle each with its own unique seasons, the ten days beginning with Rosh Hashanah are the teshuva tefilah and tzedakahseason, where the same actions done now have a greater impact than at any other time of the year.
As the Ramban writes “eventhough teshuva, and zeakah, calling out to G-d, are always good, during the ten days from Rosh Hashanah to Yom Kippur they are even better and are accepted immediately as it says ‘seek out G-d when He is to be found” (Laws of Teshuva 2:7). In the following chapter the Rambam adds “...and because of this it is customary for the entire house of Israel to increase tzedakah, and good deeds and to be involved in mitzvoth from Rosh Hashanah to Yom Kippur more so than the rest of the year” (3:4).
So important is this season that many of our Sages were of the view that once Yom Kippur ends our tefillot no longer have any impact for the upcoming year. It might be compared to a team mathematically eliminated from playoff contention going on a ten game winning streak. It’s nice and lays the foundation for next year but when all is said and done it is just very poorly timed.
The Torah is quite explicit that Yom Kippur is a day of atonement for our sins; it defines the first day of the seventh month (what we call Rosh Hashanah, a name nowhere to be found in the Biblical text) as Yom Teruah, which our Sages understood to mean a day of crying out to G-d i.e. prayer, and especially the prayer of the shofar. Words are limiting, but the raw, emotional and heart rendering sound of the shofar can pierce the heavens.
Rosh Hashanah marks both the anniversary of creation and the midpoint of the year, paradoxical as that may be. An anniversary is to time to reflect on what was and where we are going. For a married couple - and our relationship to G-d is that of husband and wife - it is a time to try and renew that love that led them to marry, to reignite the passion of the relationship.
The middle of a project - and in a twelve month project you can’t get more midpoint the first day of the seventh month - is the time to pause and reflect. To se what we have accomplished and what not and what we may do to reach our goals.
That these two coincide in Rosh Hashanah presents us with a marvelous opportunity to recharge and strengthen our relationships; with G-d through teshuva, to ourselves through teffilah, and with others through tzedakha. Let us make full use of these wonderful gifts. Ketiva vechatima tova.
-------------------------------------------------------------------------------------------------------------------------
[1] See especially Ramban, Sefer Hamtizvot #5 where he disagrees with the Rambam who sees prayer as an obligation and argues rather that is “from the kindness of the blessed Creator to us that he hears and answers [sometimes with a no] whenever we call out to Him”.