Rosh Hashanah 25: When is Yom Kippur? 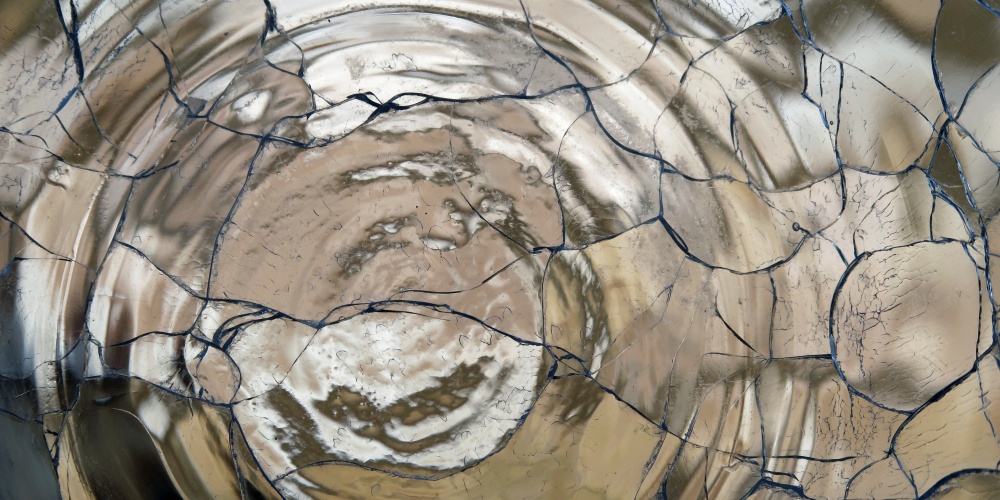 In the year 922CE a debate broke out that threatened to irrevocably cause the Jewish people to split apart. Pesach that year was scheduled to begin on Monday night. However, Aaron ben Meir, the leading Gaon in the land of Israel, declared that Pesach should begin two days earlier, on Saturday night. For two long years Jews in Bavel and those in Israel ate matza, blew shofar, fasted and sat in sukkot on different days. Thankfully, the view of the Babylonian rabbis led by Rav Sa’adyah Gaon prevailed and the Jewish nation was preserved as one whole.

It is not by chance that the first mitzva given to the Jewish people as they prepared to leave Egypt was the establishment of the calendar. It is the foundation upon which a nation can be established. It allows us to celebrate, commemorate and join together. Precisely because of its importance, there is a long history of calendric debate. The Sadducees, and later the Karaites, insisted Shavuot be celebrated on a Sunday, and we should not be surprised that the former died out and the latter are not considered part of the Jewish people. It was these debates that led Jews in the Diaspora to observe a second day of Yom Tov.

In the aftermath of the destruction of the Temple, Jewish survival was threatened. Riven by in-fighting, defeated by the powerful Roman army, their Temple in ruins, there was little reason to believe the Jewish people could survive. Most ominously, many lost the will to survive. Our Sages record that amongst their colleagues were those who suggested the Jewish people stop having children. Better to not bring children into a world where they will be persecuted (Bava Batra 60b).

This attitude could easily have become dominant – and in fact many Jewish sects did disappear – but due to the great leadership of people like Rav Yochanan ben Zakai, Rabbi Akiva, Rabbi Yehoshua and Rabban Gamliel, the Jewish people regrouped and even flourished - producing the Mishna in response to destruction.

And yet, the latter two had a debate that threatened to tear the Jewish people into two. In one of the most famous passages of the Talmud, Rabbi Yehoshua and Rabban Gamliel debated as to the proper day of Rosh Chodesh Tishrei, and hence the correct day of Yom Kippur (Rosh Hashanah 24b-25a). Rabban Gamliel ordered Rabbi Yehoshua to come to him with his “stick and wallet on the day you consider to be Yom Kippur", an order which - after consulting with Rabbi Dosa and Rabbi Akiva - he complied with. The outline of the story, is so well-known that we often skip over the details, not spending the time and effort to analyze the story, thinking there is little left to learn.

Like in many debates – especially really serious ones – the original issue causing the debate often becomes of secondary importance, even forgotten. “An incident occurred when two witnesses came and said we saw [the moon] in the morning in the east and in evening in the west”. Rashi quotes his teachers as explaining that the witnesses testified that they saw the “old” moon in the morning and the “new” moon in the evening. Rashi rejects this explaining that it was the new moon that they saw move from one end of the sky to the other. Whatever the details may have been “Rav Yochanan ben Nuri said, they are false witnesses” presumably, though not stated, because such is just not scientifically possible. Yet “when they came to Yavne, Rabban Gamliel accepted them”. The Mishna does not explain why. “V’od, and more, two witnesses came and said we saw it in its time but on the following night it was not seen”. In this instance we first hear that “Rabban Gamliel accepted them” and only then do we hear that “Rabbi Dosa ben Hurcinus said, ‘they are false witnesses, how can one testify that a woman gave birth and the next day her belly is between her teeth?”

On the surface, it appears as if we have two separate stories in which Rabban Gamliel accepted the testimony of witnesses that appear incorrect. If that is the case, it is hard to know what the first case adds to our understanding of the debate. It was as a result of the second story that Rabban Gamliel ordered Rabbi Yehoshua to violate what he thought was Yom Kippur. And it is as a result of this second story that we learn that, unlike other areas of Jewish law, even if the Sanhedrin – which was led by Rabbi Gamliel – is mistaken their declaration of the new moon is valid. By definition, the new moon is the day the Sanhedrin declares it to be. Furthermore, the Sanhedrin may knowingly declare the wrong day to be Rosh Chodesh. It is only because they had such power that the inconvenience of Yom Kippur falling on a Friday or Sunday is permanently avoided, despite the fact that astronomically speaking it is not possible that the 10th day of the month of Tishrei will never occur on Friday or Sunday. The story involving Rav Yochanan ben Nuri seems to be of little relevance.

Perhaps then we might argue that this is one story. V’od marks not a new story but a continuation. This might help explain why Rabban Gamliel only ordered Rabbi Yehoshua to violate Yom Kippur. Rabbi Yochanan ben Nuri may have thought the first set of witnesses were mistaken but he either accepted the second set or acquiesced to the view of Rabban Gamliel. With two sets of witnesses giving very different testimony to the position of the moon there is even greater reason to disqualify both. Yet, the power of the court in declaring the new month is absolute.

Yet, whether one event or two separate ones, the events that follow leave us with many questions.

It was Rabbi Dosa ben Hurcinus who declared the second set to be “lying witnesses." All Rabbi Yehoshua did was agree with him: “I see your words,” he declared. And yet it was Rabbi Yehoshua whom Rabban Gamliel immediately ordered to come with his staff and wallet – but made no such request of Rabbi Dosa ben Hurcinus. Moreover, there is no indication that Rabbi Yehoshua planned to defy the rulings of Rabban Gamliel. He disagreed but that does not mean he refused to accept it. Did Rabban Gamliel misunderstand his intentions?  Did he bother to ask? Perhaps it was clear he was going to observe Yom Kippur according to his calculation and hence we understand Rabban Gamliel’s view. But perhaps not.

Yet at the same time Rabban Gamliel did not order Rabbi Yehoshua to eat. Had he wanted to drive home the point that the date Rabbi Yehoshua thought was Yom Kippur was none other than the 11th of Tishrei, what better way to do so than by ordering him to eat? And if he wanted to respect the religious view of Rabbi Yehoshua, then how dare he ask him to come with stick and wallet in hand?

The entire basis of the story is hard to understand. A new moon can be declared only during the daytime. Thus, by definition, the new moon had to have been declared on the 30th day (counting from the first of Elul) converting it to the first of Tishrei. When evening came Rosh Hashanah was over. It was only later that evening that they realized the testimony was wrong – but by that point it was too late. Rosh Hashanah had been declared and observed. Did Rabbi Yehoshua expect that Rosh Hashanah should start all over again?

In the Biblical world and that of our Talmudic Sages – and modern literature too - stories need not be literally true. They are, after all stories, not historical records. Stories are told for the lessons one can derive, even years later. The historical details are of little interest and licence can be taken in the telling of the story in order to make a point.

Viewing the story in the broader context of the time we note the association of the name of Rabbi Dosa ben Hurcinus with Rabbi Eliezer ben Hurcunus whose dispute involving Rabbi Yehoshua and Rabban Gamliel (Bava Metzia 59b) rocked (literally, as I discuss here) the Jewish world. We wonder why Rabban Gamliel choose to excommunicate Rabbi Eliezer but gave Rabbi Yehoshua an opportunity to remain in the fold. How does the actual historical context of destruction, the loss of the Temple and uncertainty regarding the future of Judaism and the Jewish people impact on our understanding of the story? What message might this story have now that we have merited a Jewish State? Where might we draw the line between communal policy and individual freedom?

Rabbi Yehoshua’s religious convictions demanded that Yom Kippur be observed a day later than Rabban Gamliel had ordained. Jewish law goes so far as to demand that a great Sage not follow the ruling of the Sanhedrin if they are convinced they are wrong (Horayot 3b). Yet communal cohesion, perhaps even the future of the Jewish people, demanded that all celebrate Yom Kippur on the same day. Allowing all to follow their deeply held convictions could led to religious chaos. And there is just no way to square the circle.

“He [Rabbi Yehoshua] took his staff and his money in his hand and went to Yavne to Rabban Gamliel on the day on which Yom Kippur occurred according to his calculation. Rabban Gamliel stood up and kissed him on his head. He said to him: Come in peace, my teacher and my student. My teacher, in wisdom, and my student, that you accepted my statement”.

What a beautiful ending, averting what could have been a disaster. But not so fast. The story continues…While there is not a trace of criticism towards Rabban Gamliel in our story - Rabbi Dosa even compares the court of Rabban Gamliel to that of Moshe Rabbeinu – a year later it was a key factor in the impeachment of Rabban Gamliel (see Brachot 27b). We will leave that discussion for another time.