Rosh Hashanah 14: Walking in the Dark 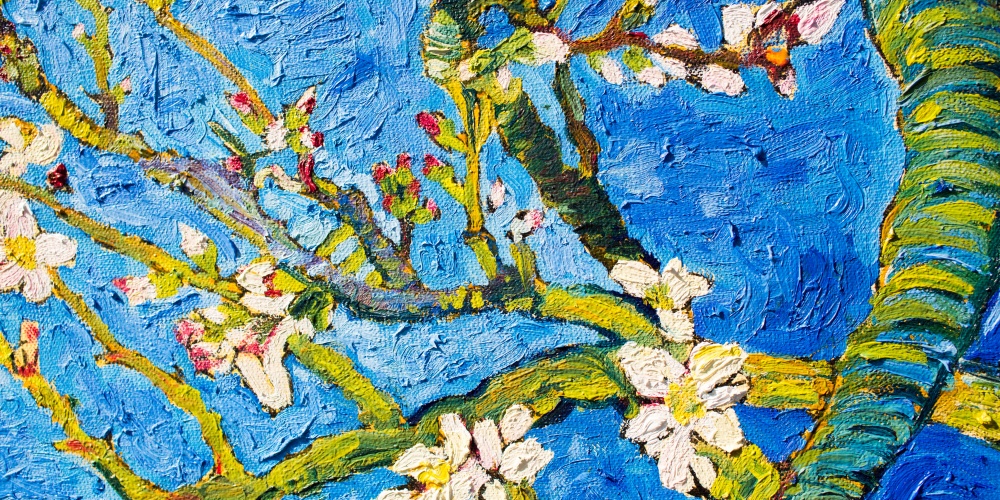 “There are four New Years…on the first of Shevat is the New Year for trees, according to the words of Beit Shammai. Beit Hillel says [it is on] the fifteenth [of Shevat]” (Rosh Hashana 2a).  As to why Shevat is the New Year for trees, the Gemara (Rosh Hashanah 14a) explains that by the month of Shevat, the majority of the rainy season (in Israel) has ended; and, as Rashi notes, it is the time of the first blossoming of the year’s fruit. While most fruit will not be ready for at least a few weeks, their growth is primarily due to the rain that fell up until Shevat.

With the amount and timing of rain varying from year to year, and the incongruity of having a lunar date for something dependent on the solar season, means the actual date on which the rainy season is more than half over will vary from year to year—and would only be known in retrospect. Thus, as a matter of convention, a fixed date was chosen to mark the New Year for trees. Which date this should be was the subject of debate between the schools of Hillel and Shammai.

On the surface, the approach of Shammai is more logical. As in any event it is only an approximate date, surely one would choose to begin a New Year on the first of the month, just as we do for the other three New Years. Why not use the same approach we use for the New Year for regalim, holidays, which the Mishna teaches is on the first of Nissan—even though the first holiday of the year, Pesach, is on the fifteenth of Nissan. If we move the New Year to the first of the month even while knowing the exact date of Pesach, how much more so should we do so when there is no way of ever knowing the exact date by which the majority of the rains will fall?

Yet Beit Hillel does not do so, for reasons that are not totally clear. It could be that Beit Hillel thinks that, while we can’t pick an exact date, the first of Shevat is just too early. And if not the first, then there is no better date than the 15th. It is the date of the full moon, whose sanctification is the first mitzvah given to the Jewish people. Just as we are individually compared to a tree—“for man is the tree of the field” (Devaarim 20:19)—so, too, are the Jewish people compared to the moon, waxing and waning with periods of strength and weakness. It is not by chance that the 15th is the date we celebrate Pesach, Sukkot, Purim, and Tu b’Av.

Determining the date of the New Year for trees is crucial for the laws of orlah, which forbid the deriving of any benefit from the fruit for the first three years. It is Shevat that marks the year end for trees and hence, the prohibition of orlah, regardless of when during the year any given tree is planted[1].

In addition, the laws of ma’aser are also dependent on the New Year for trees. In years one, two, four, and five of the seven-year shmitta cycle, it is the laws of ma’aser sheni that apply, in which the farmer takes just under 10%[2] of his produce to Jerusalem to be eaten there and shared with others. In years three and six, instead of ma’aser sheni, the farmer must give ma’aser ani, some 10% of one’s produce to the poor. The determining factor regarding the ma’aser for fruit is the chanata, the blossoming of the fruit. If the fruit blossoms before Shevat, it would be tithed according to the past year’s cycle; and if it blooms afterwards, it would be the following year.

The Gemara (Rosh Hashanah 14a) relates that Rabbi Akiva picked a fruit on the first of Shevat and gave both ma’aser sheni and ma’aser ani. He was, the Gemara explains, unsure whether the halacha follows Beit Hillel or Beit Shammai. To satisfy the opinion of Beit Shammai that the first of Shevat is the beginning of the New Year, he gave ma’aser ani, the tithe of the third year. And to satisfy the view of Beit Hillel that the New Year begins only two weeks later on Tu b’Shevat, he gave the tithe of the second year, ma’aser sheni.

This is a remarkable teaching. One who takes the stringencies of each of two opposing viewpoints is no less than a fool. One need not look to satisfy all views, nor should one. One should follow one consistent view, with all its stringencies and leniencies.

This approach explains why the Talmud, in giving practical rulings, does not examine each debate independently as to whose view is more correct. In matters of interpretation it is hard, often impossible, to have right and wrong; generally, opposing views have a solid basis for their view. With both views reflecting the “word of the living G-d”, each view—even, perhaps especially when they disagree—is an acceptable view and worthy of being followed. Nonetheless, in practice, a decision must be made as to which view to follow. To this end, our Sages gave general rules to determine whose view we are to follow: “Rabbi Meir and Rabbi Yehuda, the halacha is like Rabbi Yehuda; Rabbi Yehuda and Rabbi Yossi, the halacha is like Rabbi Yossi” (Eiruvin 46b)—though clearly, there must have debates in which the views of Rabbi Meir (and Rabbi Yehuda) were more persuasive.

As is well known, it is the views of Beit Hillel (with some exceptions) that is accepted as the halachic approach to follow, as the Braitta above begins. This makes the very next line all the more astounding: “One who wishes to act in accordance with the rulings of Beit Shammai may do so”. While the halacha was to be in accordance with Beit Hillel, that was apparently for those who held no strong views on which view to follow. But this general rule did not preclude those who desired to follow the view of Beit Shammai. Room was left for individual choice as to which of the many legitimate views one could choose to follow.

It is most understandable why the Gemara would suggest that, but it is hard to argue that such is the plain meaning of the Braitta. The Braitta does not sound like it is speaking about two different time periods. Furthermore, the Gemara’s question on Rabbi Akiva is not how could he follow Beit Shammai but rather, “do we follow two stringencies?” and then goes on to quote the Braitta to say that doing so is foolish. It is for good reason that emendation is not discussed in our Gemara[3].

But such has little bearing on the teaching of the Braitta. The commentaries do note that the concept elucidated in the Braitta—that one should follow a consistent halachic approach—remains[4].

[3] Rashi (s.v. veharotzeh) does note, in our Gemara, the explanation given in masechet Eiruvin. Presumably, he was referring the practical halacha which, as noted, follows—with some exceptions—Beit Hillel exclusively.

[4] The proper role of chumrah is a most complex subject. Suffice it to say that it is clear that chumrot are not always appropriate. This may be of interest.