Noach: Too Close to G-d? 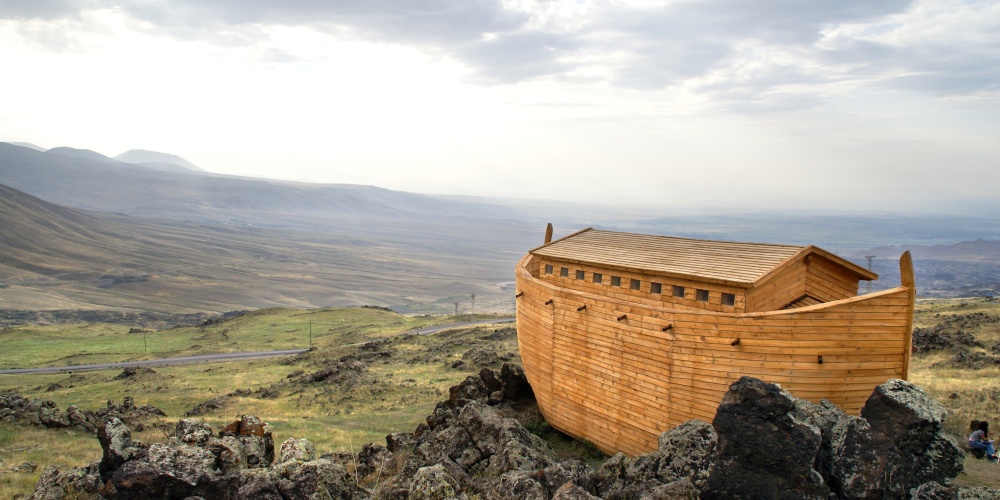 Noach was, in the words of the Bible, “righteous and pure”. Twice in the space of few verses the Torah tells us that “Noach did all that G-d commanded him” (Breisheet 6:22 and 7:5). It is through Noach that humanity is descendant, a most worthy reward for “one who walked with G-d”.

Yet, as is well known, many of our Sages were ambivalent in their attitude towards Noach, finding fault despite the Torah's glowing characterization of this righteous man. They note that unlike Abraham, who pleaded on behalf of the people of Sedom, Noach made no efforts to have G-d's decree annulled. Rashi (Breisheet 7:7) even claims that Noach was “small in faith”, waiting as he did until the last moment to enter the ark.

The righteousness of Noach was only relative to his generation, these “detractors” argue, and while he may have “walked with G-d” he needed much support. Abraham was of such a character that he could walk in the correct path “before i.e. in front of G-d" (Breisheet 17:1). Throw in Noach's drunkenness after the flood, and no wonder many downplay the contribution of Noach. Furthermore, if he was such a tzadik, why is he not the founding father of the Jewish people? While some Sages did argue that he was righteous even in his generation, but reading between the lines, it seems that Noach may not have been quite as great as he appears.

Perhaps one can suggest that Noach's problem was not that he was not righteous enough, but that rather he was too righteous. Noach apparently was raised with the expectation that he would “repent” for the sins of Adam. The name Noach derives from the fact that his birth, the first recorded in the Torah after the death of Adam, marked the end of the cursed land. It was up to him to undo the curse G-d had put on the world. If Adam defied the one command G-d gave him, Noach was going to ensure he meticulously followed the word of G-d and the word of G-d only.

Interestingly, there are no recorded instances of Noach actually speaking, not to his wife, nor his children, his society, not even to G-d. Noach was the obedient servant afraid to speak lest he sin—as the snake and Adam and Eve did—by misusing their gift of speech.

Noach builds and enters the ark only upon the command of G-d. His inability to act absent G-d's command is most aptly demonstrated by his not leaving the ark until actually commanded to do so by G-d. If G-d declared that the world is worthy of destruction, who is he to argue? Would that not be an affront to G-d's judgment? Noach was so righteous, so different from all others, that he could not possibly influence those around him.

While ultimately we must follow the word of G-d, G-d wants man to challenge Him: to question, to argue and only then to accept. This is the model that both Abraham and Moshe "the servant of G-d" followed. Their love of man caused them to argue with G-d.

Noach, on the other hand, was so devoted to G-d that he could not question the destruction of those people who disobeyed G-d's moral command. His devotion to G- d paralyzed him, making him unable to act without the Divine command. It was only while stuck in the ark, devoid of a society, that he began to change. On his own initiative, he sent the raven and the dove to check if the land had dried. Yet he still needed the command of G-d in order to leave the ark.

Once Noach leaves the ark, he—again on his own initiative—builds an altar to G-d, offering sacrifices. Immediately thereafter, the Torah tells us that G-d “said to Himself, never again will I curse the soil because of man” (Breisheet 8:21).

The natural instinct of a tzadik—of one who follows in the footsteps of Noach—is to faithfully and unquestionably accept the word of G-d. Yet it is the model of Abraham and Moshe, questioning, petitioning and demanding of and from G-d that we follow. They may have “crossed a line” (see Breisheet 18:27 and Berachot 32a) of proper discourse with G-d, but it is their love of the people that serves as our inspiration.