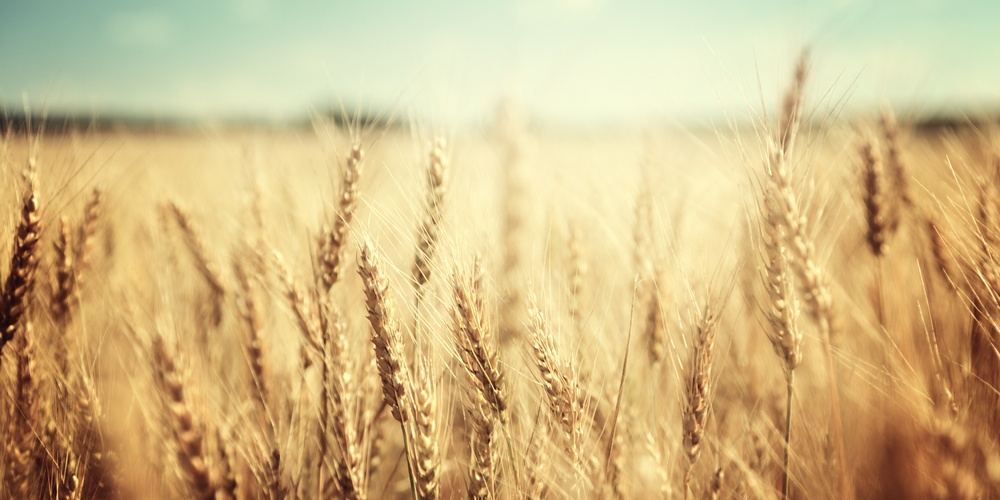 One of the central motifs of the biblical narrative is food. Matzah, manna, mei merivah highlight the crucial role of food in shaping the course of Jewish history. The entire course of human destiny was changed due to Adam and Eve’s eating from the eitz hada'at.

To a great extent our holiest days of the year, Shabbat and Yom Tov, centre on food. Even Yom Kippur is preceded by a Biblical mitzvah to eat. Our tradition sees food as a mechanism for spiritual growth. "For I am the Lord your G-d, and since I am holy you must make yourself holy" (Vayikra 11:44) is the summary verse concluding the laws of kashrut. The many laws requiring us to share our food with the “widow, orphan, poor, stranger and Levite” are the manifestation of that holiness.

Many of the major events in the lives of our patriarchs revolve around food and famine, with the results of those encounters helping to form the Jewish nation.

Soon after G-d told Abraham to move to Israel, famine struck and Abraham headed to Egypt, the food capital of the ancient world. Abraham returned to Israel soon thereafter but with "livestock, silver, and gold" (Breisheet 12:2). Apparently if the accumulation of wealth is one's basic desire, the best place to do so is outside the land of Israel. (The best place to do so within Israel proper might be in Sedom, where Lot, seeking even greater fortunes, settled.) While the Torah promises economic prosperity if we run a State according the dictates of Torah, Israel is primarily a spiritual home, not a material one.

Yitzchak, wanting to follow the ways of his father, also departed for Egypt when faced with famine. But G-d, knowing the difficulty Yitzchak—as one not schooled in the world of deception and corruption—might face away from his family and surroundings, instructed him to stay put. And immediately thereafter the Torah describes the great wealth that Yitzchak amassed in Israel. Israel is also a land where material blessings are possible.

Much of Yaakov's life seemed to revolve around food. His troubles began when he purchased the birthright for a bowl of lentil soup. It was food that served as the mechanism by which Joseph achieved his political power and it was through food the family was reunited, ensuring the founding of Bnei Yisrael.

Yet each of the Avot faced a major crisis after finding food in the face of famine. Abraham and Lot parted ways as their differing perceptions of the role of wealth made life together impossible. Yitzchak’s success generated envy, hatred and expulsion (Breisheet 26:19-21). And Yaakov's short trip to Egypt led to slavery, and the eventual assimilation of most of the Jewish people.

The Jewish people have faced much famine, both literally and figuratively, throughout our history. Yet we have survived, and at times even thrived, despite these difficult conditions. However, the blessings of wealth granted to our generation, far more than to any other in our long history, have proved to be equally difficult. For many, assimilation has been their fate. For others a sense of modesty has been lost. The materialistic drive that surrounds us at every turn has taken a heavy toll on our moral fibre.

The sense of despair that has befallen many as the economic turmoil continues seems to be a reflection of a loss of perspective. While in no way do I mean to minimize the impact on our community and the terrible losses suffered by those across the wealth spectrum, it is still money about which we are talking. And as important as money is, values are much more crucial. Jewish communities throughout history have survived and thrived in much more dire straits, and hopefully we can, too—without the dire straits.

With the possible exception of birchat haTorah the only Biblically mandated blessing is birchat hamazon, grace after meals, recited after eating. It is easy to recognize G-d before we eat, when we are in need; it is much more difficult to do so after one is satiated.

As Joseph taught many years ago, the economic fortunes of the world have cycles of boom followed by bust. This, not unlike the laws of physics, is imbedded in nature; and we would do well to remember that. Wherever we find ourselves on the economic cycle, let us follow the advice of Yosef haTzadik: "It is not by my own power. G-d will provide an answer concerning Pharaoh's fortune" (Breisheet 41:15).