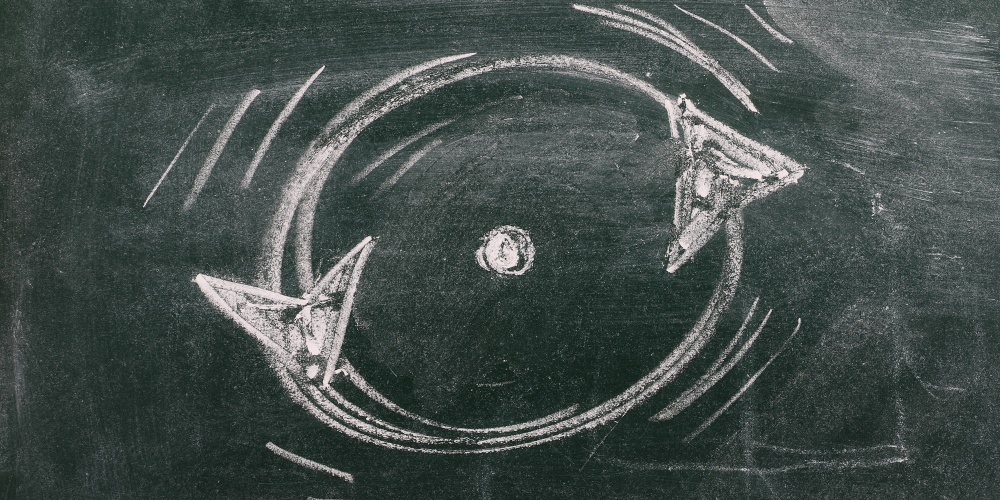 “Rabbi Yehoshua ben Levi said: One is obligated to read the Megillah at night and lishnota, repeat it, during the day” (Megillah 4a). While this may seem like a rather bland teaching—who does not know that one must read the Megillah by day and night?—this was actually quite a chiddush, a novel insight, a heretofore unknown concept.

Masechet Megilah begins by teaching when one is to read the Megillah. The Mishna allows the reading of the Megillah on the 11th, 12th, and 13th of Adar, something that seems to fly in the face in the Megillah itself, where it is rather clear that Purim is to be celebrated on the 14th and/or the 15th only. The 13th (and for those in Shushan, the 14th, too) was a day of battle. Only after the battle was won could the celebrations begin.

That Rabbi Yehoshua ben Levi’s teaching was a new innovation can be seen from the fact that his students thought that they were to read the Megillah at night and then study the Mishnayot of masechet Megillah during the day. The students, as Rashi explains, understood the word lishnota to mean “to learn”. This is how it is understood in the Shema, where v’shinatam lebanecha means “teach your children”, and there is little reason to believe that the Megillah should mean otherwise. One reads the Megillah story at night and one studies its laws during the day. Rav Yirmiyah thus explained that regarding Rabbi Yehoshua ben Levi’s teaching, lishnota means to repeat, such that one reads the Megillah at night and repeats its reading during the day[1].

The Gemara immediately follows this teaching with the following teaching: “One is obligated to read the Megillah at night and repeat it, lishnota, during the day”. This seemingly superfluous repetition is brought in the name of Rav Chelbo in the name of Ulla.

One repeats what one wants to emphasize. And the teaching that one must read the Megillah not once, but twice, apparently needed much emphasis.

Rabbi Yehoshua ben Levi cites the verse “My G-d, I cry by day—You answer not; by night, and have no respite” (Tehillim 22:8). As Rashi notes, the Jews of Shushan, fearing for their lives, “cried out in their days of pain, day and night”. As Esther tells Mordechai, “Go gather all the Jews found in Shushan and fast for me, and do not eat and do not drink, three days, night and day” (Esther 4:16). The Megillah is the story of the precarious nature of the Jew in exile; even when all appears well, it can all change so quickly, a lesson all living in the shadow of the Holocaust know all too well—and dare not forget.

This chapter of Tehillim begins, “My G-d, my G-d, why have You forsaken me?” The Megillah is a plea to G-d for help in times of despair. No wonder we do not say Hallel on Purim; we were still slaves to Achashverosh (Megillah 14a). We may have avoided disaster today, but who knows what tomorrow will bring?

Rav Chelbo in the name of Ulla quotes a different verse, one found a mere eight chapters later in sefer Tehillim, “that [my] whole being might sing hymns to You endlessly; O Lord my God, I will praise You forever”.  This chapter—one we say on a daily basis as an introduction to psukei d’zimarah, the verses of praise—is a song of celebration as we “extol You, O Lord, for You have lifted me up, and not let my enemies rejoice over me”. It is the song composed by David haMelech to be sung at the dedication of the Temple[2]. The Megillah celebrates G-d’s protective hand over the Jewish people. Enemies come and go, but the Jewish people are eternal, as the reestablishment of the State of Israel demonstrates. No wonder there is no need to say Hallel on Purim! What greater Hallel is there than the Megillah itself (Megillah 14a)?

The Gemara quotes the teaching of Rabbi Yehoshua ben Levi followed by that of Rav Chelbo in the name of Ulla. At night, we focus on the periods of hester panim of Jewish history, when G-d’s face was hidden, leading to much suffering. But we also read the Megillah in the daytime, celebrating the miracle of Jewish survival and the astonishing accomplishments of our people.

Sadly, too many Jews come to hear the Megillah at night but fail to do in the morning, not realizing that it is the Megillah reading during the day that is the primary reading, as we rejoice that “You turned my lament into dancing, You undid my sackcloth and girded me with joy.”

[2] The custom to recite this mizmor, song, on Chanukah links the holidays of Purim and Chanukah with each other and with the Temple. While the linkage is obvious on Chanukah, on Purim it is hidden beneath the surface, as is pretty much everything related to Purim.