Mattot-Massei: A Sojourn in Germany 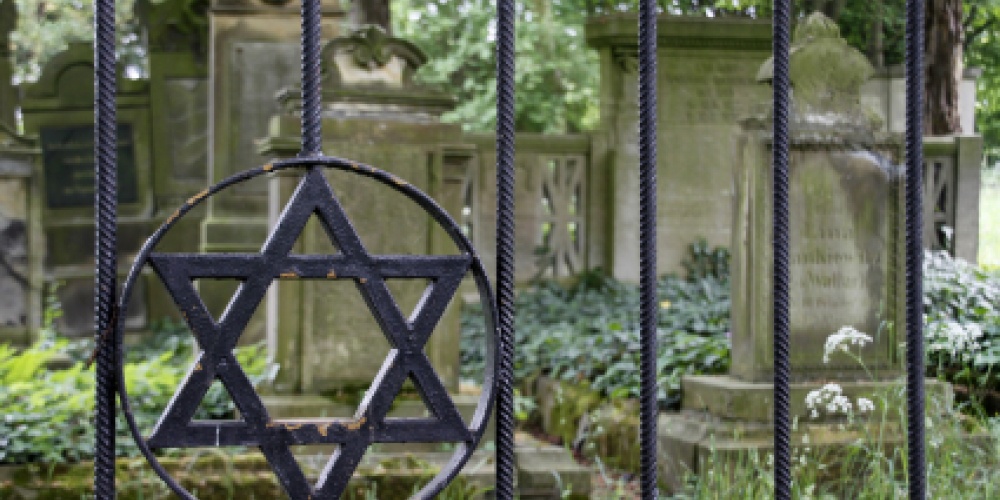 “And these are the travels of the children of Israel”. We know little of many of the places the Jewish people encamped during their stay in the desert; the fact that Jews once lived in these places makes them worthy of mention in the Torah. Much of the parshiot of Mattot and Massei (and sefer Bamidbar, for that matter) deals with the issue of one’s place of abode.

It is here, in this week’s parshiot, that the tribes of Reuven and Gad ask to be allowed to live on the “other” side of the Jordan; here that the obligation of one guilty of manslaughter to move to a designated city is recorded; here that the borders of the land of Israel are given. Even the laws that open our Torah reading, the rules for annulling the vows of a young lady, are dependent on whether she is still living in her father’s home.

Sefer Bamidbar itself begins with the journey from Egypt to Israel, and (quite unexpectedly) ends with a recounting of the story of the daughters of Zelofchad, who so desired to live on their own land in Israel.

The Talmud notes that people have a natural love for their homeland—something that goes a long way towards explaining why so few from the west make aliyah, and making the mitzvah that much more powerful for those who do.

We have just completed a most wonderful journey through Jewish history in Italy. We are accustomed to speaking of Ashkenazic and Sephardic Jews, but as the oldest Jewish community in the Diaspora, Italian Jewry has developed its own customs. They have their own, completely unique culture and history, one with which few are familiar.

As I write this, I am sitting in my hotel room in Frankfurt, Germany, just before Shabbat. The idea of spending a Shabbat in Germany, the country that perpetrated the greatest of evils, is on the one hand unsettling; yet on the other, tremendously meaningful.

Since the Holocaust, few (if any) countries have confronted their past as much as Germany has. Many other countries that do not evoke the same emotional reaction have yet to do so. There are several other European countries that exhibit much greater anti-Semitism than Germany does. Germany and Israel have developed close ties, and the economic benefits flowing from Germany to Israel and the Jewish people have been enormous. And as the Torah notes, we must not punish the sons for the sins of the fathers. Today, Germany has a growing Jewish population—one of the few (perhaps the only) Diaspora communities that can make such a claim.

Yet when I got off the plane and heard people speaking German as I moved through the airport and checked into our hotel yesterday, I felt a bit queasy. I could think only about what this country did to our people and the world. Being here was hard, despite the fact that, with my ancestors arriving in America in the early 20th century, my immediate family was almost untouched by the horrors of the Holocaust.

Today, I spent the day immersed in Jewish history, walking around with only a kippa on my head. Standing at the graves of such luminaries as Rabbeinu Gershom, the Mahram of Rotenburg (and the one who redeemed his body from captivity), the Maharil, the Chovot Yair, the P’nei Yehoshua, Rav Pinchas Horowitz, Rav Natan Adler, Rav Shimshon Raphael Hirsch, and many others was truly inspiring. While many may not be familiar with every name, nor their enormous contributions to Judaism, it suffices to say that world Jewry—especially Ashkenazic Jewry—was molded by these giants.

There is much blood that flows from Germany. Yet our glorious past gives us so much inspiration, and makes me feel blessed to be part of this great people.

Our ancestors wandered aimlessly for 40 years, spending time in 42 different places. Yet sefer Devarim, which is always read on the Shabbat before Tisha B’Av, details the preparations for entry into the land of Israel.

We have wandered from place to place, covering the four corners of the globe. We have had golden ages and periods of peace, but also pogroms, persecution, and death. We are the children of those who came before us; and for reasons that we cannot understand, our generation has been blessed with the opportunity to return home. Thankfully, many of us have. And I—and others like me, who have not yet returned—still reap the tremendous benefits of having a state. Unlike the tribes of Reuven and Gad, we have settled in the Diaspora without first helping to conquer the land.

May the Jewish people build a home that reflects the glories of our past, but is blessed with blessing of peace.