Eiruvin 95b: Tefillin for Women 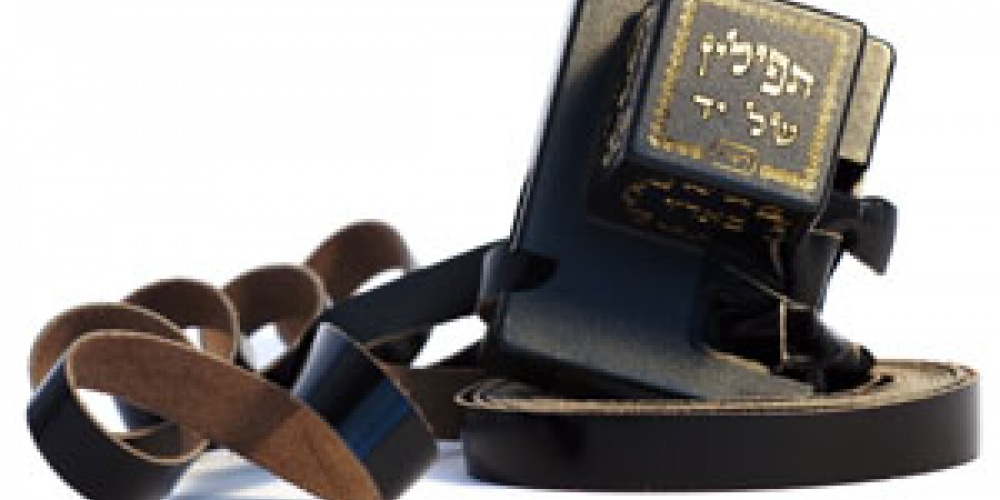 In Talmudic times, it was common for one to wear tefillin all day long. As the Torah does not limit its observance in any way, there would seem to be no reason to limit time spent wearing them to a few minutes a day. Even the exemption from wearing tefillin at night and on Shabbat is subject to much Talmudic dispute, with many asserting that Shabbat z’man tefillin hu (“Shabbat is a time for [the wearing] of tefillin”).

The Talmud (Eiruvin 95b) at one point goes so far as to claim that kulei alma, “the entire world”, agrees that one must wear tefillin on Shabbat. One of the proofs brought for this view is from the fact that “Michal the daughter of Shaul wore tefillin, and the Sages did not protest about it” (96a). As women are exempt from positive mitzvoth that are time-dependent, the fact that Michal wore tefillin must demonstrate that there must be an obligation to wear tefillin at all times, including Shabbat.

The underlying assumption of the Gemara is a most fascinating one; namely, that one who is exempt from a mitzvah is forbidden to perform it. One must either wear tefillin on Shabbat, and women, too, are obligated in this mitzvah; or one should not wear tefillin on Shabbat, turning it into a time-bound mitzvah, exempting women and—at this stage in the Talmudic discussion—forbidding its performance. While it may sound strange to forbid the voluntary performance of mitzvoth—and, in fact, this view is rejected—it is an honour, a privilege, and a great responsibility to perform mitzvoth. If G-d does not obligate us to perform a mitzvah, perhaps it is a chutzpah to do so. Torah is compared to fire, and one plays with fire at his own risk.

Lest one think that this applies to tefillin only, the statement about the Sages’ acquiescence to Michal wearing tefillin is immediately followed by, “and the wife of Yonah [the prophet] would go on aliyah leregel[1] and the Sages did not protest[2]”. While there is seemingly no reason to prohibit women from going to Jerusalem for the three pilgrim festivals, if not for the fact that the Sages considered it obligatory for women to do so, it would have been just that.

The Talmud rejects this line of reasoning; while Shabbat may not be a time that one is obligated to wear tefillin, thus exempting women, Michal wore tefillin voluntarily. The Talmud notes that this must be so, as the mitzvah of aliyah leregel is undoubtedly time-bound and nevertheless, the rabbis did not protest when Yonah’s wife did so.

Jewish tradition in general encourages one to perform mitzvoth voluntarily. The Tosafot (c.v. v’d’lima – please correct reference c.v. is dibbur hamatchil) quote Rabbeinu Tam’s position that not only can women perform mitzvoth for which they are not obligated, they should recite the blessing “asher kidshanu b’mitzvotav”, thanking The One who commanded us in mitzvoth even though they themselves are not commanded in this particular mitzvah. His proof is from Michal who, Rabbeinu Tam assumes, not only wore tefillin but made a bracha on them.

Ironically, the one exception for women who volunteer to do mitzvoth today is that of tefillin[3]. Because tefillin requires great concentration (a clean body is how our Sages describe it), something almost all of us lack, we have greatly limited even the wearing of tefillin for men to the few minutes it takes to daven shacharit. To wear tefillin all day is considered yuhara, religious arrogance[4]. It’s almost as if the rabbis would prefer that the men of today not wear tefillin at all—but what can they do? It’s a Torah requirement!—leading the rabbis to limit it to a few minutes a day. Thus, we strongly advise that women, who are exempt, do not volunteer for this particular mitzvah.

Performing mitzvoth is the raison d’etre of the Jew. We should seek out as many opportunities as we can to perform mitzvoth; and do so only with the desire to get closer to G-d[5].

[1] The mitzvah to visit the Temple on Pesach, Shavuot, and Sukkot.

[2] It seems to me that the Talmud’s example of the wife of Yonah is most instructive. Yonah tried to run away from G-d, boarding a boat at Jaffa to escape from the land of Israel, in keeping with the notion that there is no prophecy outside the land of Israel. How appropriate and redeeming that it was his wife who would journey to Jerusalem, where the Divine presence is most manifest!

[3] While a women wearing a tallit is often frowned upon in contemporary Orthodoxy, the reason for such is not easy to understand. The Ramah states that women may wear a tallit and make the blessing; however, since one who does not own a four-cornered garment does not need to buy one, for a woman to do so would also be a violation of yuhara.

[4] Interestingly, the other exception to volunteering to perform additional mitzvoth is the area of chumrot (stringencies), where the issue of yuhara is a most serious one. Unless one is performing the entire range of mitzvoth properly, one should be very, very careful before taking upon oneself an activity that is required of none.

[5] In case anyone is wondering how a discussion about tefillin appears in mashechet Eiruvin, it stems from the Mishnah that discusses the procedure to be followed if one finds tefillin on the street on Shabbat in a place where there is no eiruv.