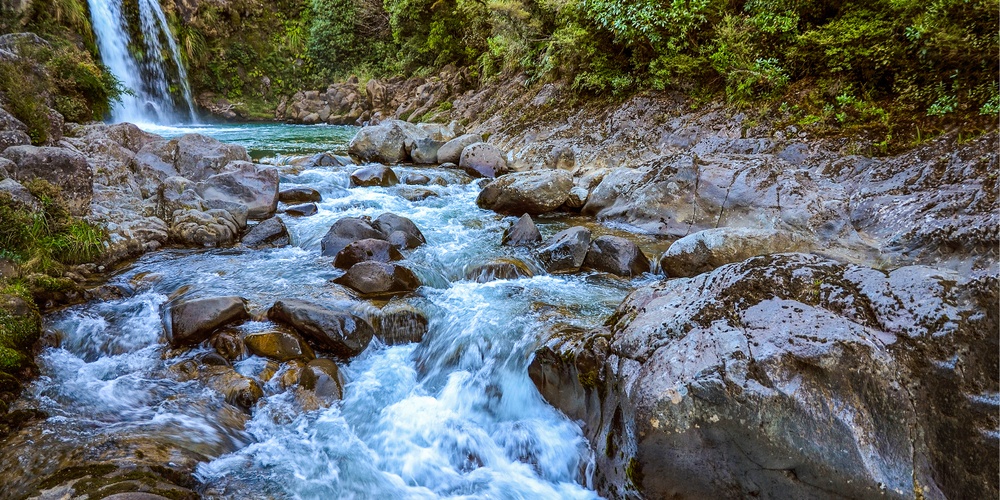 "And now, Israel, what does G-d, Ma Hashem, want from you but just to fear the Lord your G-d, to walk in all His ways, to love Him and to worship the Lord your G-d with all your heart and all your soul" (Devarim 10:12). in a seemingly strange play on the word ma, The Talmud (Menachot 43b) derives from this verse the obligation to recite me'ah, 100 blessings a day.

According to the Biblical text, the only blessing that one is obligated to say is birchat hamazon after a meal, a mitzvah that appears earlier in our parsha. Though not explicitly mentioned, our Sages derive from the verse "When I call out the name of G-d ascribe greatness to our Lord" (Devarim 32:3) a biblical command to recite birchat hatorah. These blessings, thanking G-d for choosing the Jewish people and giving us the gift of Torah, have been incorporated into our prayer book. All the other many, many brachot that we are so accustomed to saying are rabbinic in nature.

The derivation from this verse of a requirement to say 100 brachotis what is called in rabbinic literature an ashmachta, a rabbinic teaching in which the biblical verse serves as a "hook" to connect a rabbinic law with a verse in the Torah. These rabbinic teachings make no claim to represent the deeper meaning of the biblical text - something they do claim when using, for example, the 13 hermeneutical principles of Rabbi Yishmael teaching how to read between the lines of the biblical text - but serve as an early form of a mnemonic device.

If the Rabbis link a verse to a rabbinic teaching one should expect to find a connection between the two. What specifically does reciting brachot have to do with fear of G-d? Why not somehow derive this teaching from birchat hamazon or even from one of the many blessings bestowed by G-d upon us?

Such a question presumes that fear means to be afraid of. While the notion of being afraid of G-d does exist in our tradition, it plays a secondary role to the ideal meaning of yira'at Hashem which is more properly translated as awe of the Divine Creator. It is this definition that allows the mitzvoth of yira'at Hashem and Ahavat Hashem, two of our most basic obligations to the Almighty, to co-exist.

Fear and love are conflicting emotions. We cannot truly love those we fear and those we love are too close to us to actually fear. Each of these mitzvoth exists independently of the other. We are commanded to fear our parents[1] but to love our neighbour.

We can, however, love those whom we are in awe of. We aspire to be like them and to emulate them in whatever ways possible. People in the Western world tend to be in awe of entertainers, star athletes or perhaps successful businesspeople. For the overwhelming majority there is no hope of actually reaching those "goals". Yet paradoxically, despite the unbridgeable gap between human and Divine, we can actually emulate G-d. "The same way He is kind and merciful so you shall be kind and merciful" (Shabbat 133b). This ability to be like G-d, a manifestation of the Divine image of G-d in which we were created, is something that brings in its wake great awe and great love of G-d.

"And G-d blessed them and said to them 'Be fruitful and multiply, fill the earth and subdue it'" (Breisheet 1:28). The first two blessings appearing in the Torah are to reproduce - first the animals and then humans. Our likeness to G-d reaches its apex when a new life is brought into this world. It is the greatest blessing we have and greatest we can give. It is truly awe-inspiring.

Bracha, a blessing, comes from the same root as the word breicha, a stream, signifying the giving of sustenance to others. Blessings are one of the ways in which we share what we have with others. G-d has created an awe-inspiring world and has blessed us by creating us. There can be nothing more natural than blessing our Creator at every turn, reminding ourselves of the awesomeness of creation and the Creator.

[1] As love denotes equality, there can be no mitzva to love a parent; rather, we must fear, or shall we say be in awe of them. It is our spouse we must love but never fear. As we discussed here the Netziv explains that was the problem in the relationship between Yitzchak and Rivkah.