Devarim: The Beginning of the End 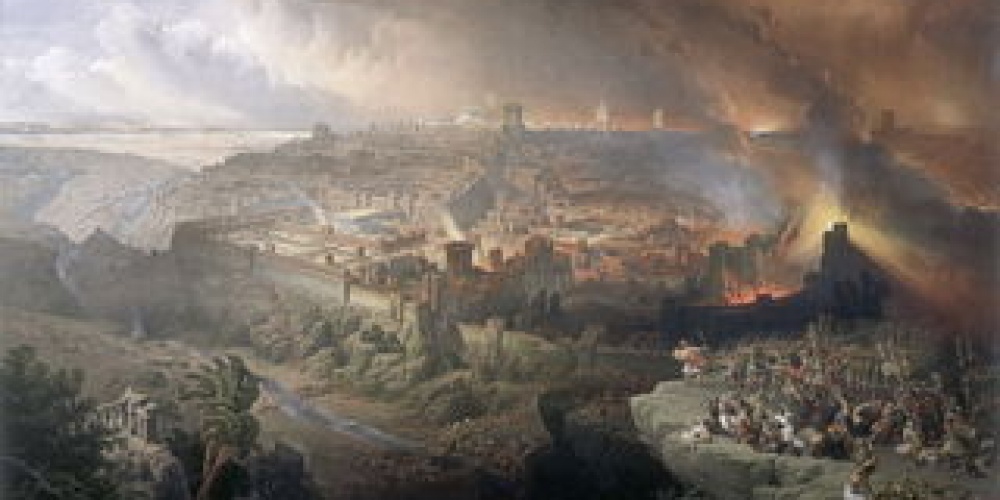 "Eleh Hadevarim, these are the words that Moshe spoke to all of Israel" (Devarim 1:1). In Biblical Hebrew, the word eleh comes to differentiate and distinguish itself from what came beforehand. In this case it serves to mark sefer Devarim as fundamentally different from the other four books of the Torah. Whereas the previous books of the Torah focus on laws and narrative—teaching a Jew the values to live by, and how to concretize those values in action—the book of Devarim is a book of tochacha and mussar, rebuke and chastisement.

Moshe, having lost his fight to enter the land of Israel, prepares his beloved nation for entry to the land. He is—for good reason—nervous about the future. He exhorts them, time and time again, not to repeat the mistakes of the past; and even more so, not to learn from the amoral and immoral activities of the peoples currently inheriting the land. The Middle East was—and still is—a bad neighbourhood, and the Jewish people would have to be on guard. Yet despite the many nations who would not accept a Jewish state in their midst, it was moral behavior he was worried about.

G-d could and would easily assure our physical safety—if we were worthy and observed the commands and messages of the Torah. While the link between our spiritual behavior and physical safety seems like a reward/punishment calculus, it can just as easily be understood as a natural consequence of our actions. As history has demonstrated time and time again, societies that lose their values crumble from within, making them ripe for conquest.

Moshe's last message to his people is a plea to live up to their mission as a holy nation. Moshe understood that yelling at the people would do little good. Rebuke has to be given with love, sensitivity, and impeccable timing. Given too soon, it will be ignored; given too late, it will be useless. Our Sages suggest that rebuke is most effective when one is near death. Not only has one acquired a lifetime of knowledge and experience, the listener is much more likely to pay attention—initially, perhaps, out of guilt, but hopefully more out of mission. Both Moshe and Yaakov Avinu waited until near death before offering rebuke to their children.

It was Yaakov who prayed for the opportunity to get sick before death, an opportunity that offers us the chance to put our own and others' affairs in order.

"On the bank of the Jordan, in the desert, in the arava, between Paran and Tofel and Lavan and Chatzerot and Di Zahav" (ibid).  The Torah could not be less clear as to the location of Moshe's opening words. Our Sages understood that the Torah was not giving us a geographical physical location, but a spiritual one. Instead of directly mentioning all of the faults of the people, Moshe alluded to the place of their sin—a much more powerful and effective method of rebuke, at least for that generation.

It is most tragic when people are so oblivious to their misdeeds that they must be directly mentioned. Such was often the case with our prophets, who often very directly rebuked the people for their sins towards their fellow man. While one generally is aware of his or her own failings in ritual law, our sins towards our fellows are much harder to identify. Man is a great deceiver of himself.

In case one missed that message, they further taught that "every generation that does not rebuild the Temple is as if they destroyed it". What was true then is still true today: the Temple was destroyed because of needless hatred.