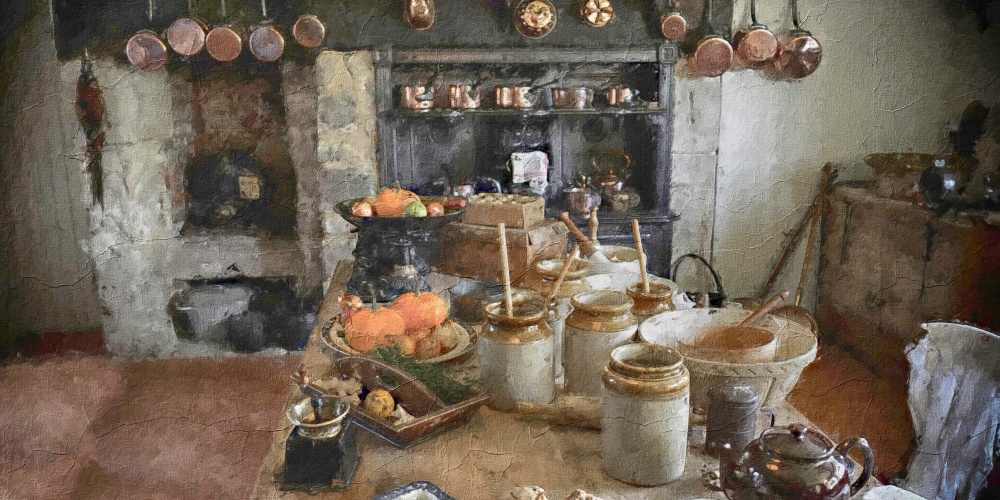 Debates between Beit Hillel and Beit Shammai are the bread and butter of Mishnaic discourse. There are some 316 debates recorded between these great schools of learning, covering every facet of Jewish life. These debates are between the students of the great founders of these schools, the Houses of Hillel and Shammai. Yet only three debates recorded in the Mishna between Hillel and Shammai themselves (see Eduyot 1:1).

The first two chapters of the Mishna in masechet Beitza lists no fewer than 17 debates between these schools, beginning with whether one may eat an egg laid on Yom Tov and ending with a debate as to the permissibility of heating water on Yom tov for purposes other than drinking; the Mishnaic example being to “warm one’s feet”, what we might think of today as taking a shower.

The opening Mishna of the second chapter of the masechet records a debate regarding how much food one must prepare for use in an eiruv tavshilin and hence, be allowed to cook on Yom Tov for Shabbat. It is in the ensuing Talmudic discussion that the Gemara quotes a well-known debate between Hillel and Shammai. “They said about Shammai the Elder, that all his days he would eat in honour of Shabbat. If he found a choice animal, he would say: This is for Shabbat” (Beitza 16a).

The Jewish week revolves around Shabbat, and part and parcel of our observance of Shabbat is the mitzvah of oneg Shabbat, which is fulfilled by eating basar vedagim, meat and fish (not to mention drinking wine). Our best meal of the week should be had on Shabbat. Shammai did not start thinking of Shabbat on Thursday or Friday, but had it at the top of his mind the entire week.

Shammai did not rest on his laurels. “If he found another one choicer than it, he would set aside the second [for Shabbat] and eat the first.” Shammai’s behaviour is, one would think, most laudatory. In a most optimal manner, he fulfilled the mitzvah of zachor et Yom Shabbat, to remember the Shabbat all week long[1]. Shammai’s action served as a wonderful model for his students, the Beit Shammai, who were wont to say: “From the first day of the week, i.e. Sunday, prepare for Shabbat”.

How can we explain the rather harsh assessment of Shammai’s actions[2]?

We tend to think that acting leshem shamayim means that one intends to do what is right. And there is no doubt that this is an important component of acting leshem shamayim. But that is not enough, especially for our great Sages, who are held to a higher standard. Proper intent must lead to proper actions, so that our “maasav”, our actions, will bring honour to heaven.

Pnina, the Talmud says, taunted Chana, suggesting that if she davened harder, she would be blessed with children. She “intended” to act leshem shamayim, for the sake of heaven (Bava Batra 16a). But as Rav Chaim Shmuelevitz explains, that mattered little. Intending to act for the sake of heaven is not the same as actually acting for the sake of heaven. One can have all the excuses in the world, but causing suffering to others is causing suffering, and Pnina was greatly punished. As Rav Chaim puts it, one may have a good reason for putting one’s hands on a hot stove, but whatever the reason may be, it will not stop your hand from getting seriously burned.

In a similar vein, the Netziv (Introduction to Breisheet) explains that it was the “pious” Jews of the Second Temple period, acting “leshem shamayim”, who accused all who practiced Judaism differently than they did of being heretics. In reality, they were flaming the fires of sinaat chinam, and brought about the destruction of the Temple and the subsequent exile of the Jewish people. At times, it would be much better not to act “for the sake of heaven”, as it can lead to greater destruction. It is next to impossible to convince those who “kill in the name of G-d” that they desecrate their god and cause harm to decent people of all religions.

That may all be true, but how can that explain the Talmudic assessment of Shammai’s actions, which bear no resemblance to the cases above? Even if Hillel’s approach is better, what was so terrible about Shammai’s that it did not reach the level of ma’asav leshem shamayim, his actions being for the sake of heaven?

The Talmud is very clear. Shammai had great respect for Shabbat and gave it great honour. But in his deep respect for Shabbat, he made a miscalculation about his relationship with G-d. By putting aside meat early in the week, he was ever so slightly displaying a lack of trust in G-d, revealing his fear that he would not find another piece worthy of Shabbat. Let us recall that Shammai lived in an age before refrigeration. A juicy piece of meat on Sunday is not so juicy come Shabbat. By not enjoying G-d’s blessing on Sunday, he ever so slightly failed to act for the sake of heaven. Acting for the sake of heaven requires one to fully trust in heaven. And even if that trust does not materialize, that in no way diminishes the nobility of one’s actions.

The Mishna in Pirkei Avot lists the arguments between Hillel and Shammai as the quintessential example of a machloket leshem shamayim, a debate for the sake of heaven. That is a very great compliment and much harder to do than it might appear. As the commentaries note, the Mishna is careful to list Hillel and Shammai, not Beit Hillel and Beit Shammai. As great as those houses of learning were, the Talmud notes that their arguments did not reach the level of leshem shamayim. Because they did not “serve their teachers well enough, disputes proliferated among the Jewish people and the Torah became like two Torot” (Sanhedrin 88b)[3].

[1] The Ramban notes that the mitzvah of zachor is specifically fulfilled during the week. There is little need to remember something as we experience it. It is when it is not Shabbat that we must ensure we remember it.

[2] This assessment is so difficult for some to accept that they claim that of course, Shammai acted leshem shamayim. That is, in their view, obvious. What the Gemara is teaching is that Hillel too, despite the fact that he did not worry about Shabbat early in the week, was also acting for the sake of heaven.

[3] If Beit Hillel and Beit Shammai could not reach the level of  machloket leshem shamayim, what might we say about the too many arguments that proliferate today?

[4] While this is a devar Torah on masechet Beitza, it is most appropriate for the holiday of Sukkot, where we are taught to thank G-d even and especially when being forced to leave our homes.