Beha'alotcha: What Goes Up Must Come Down 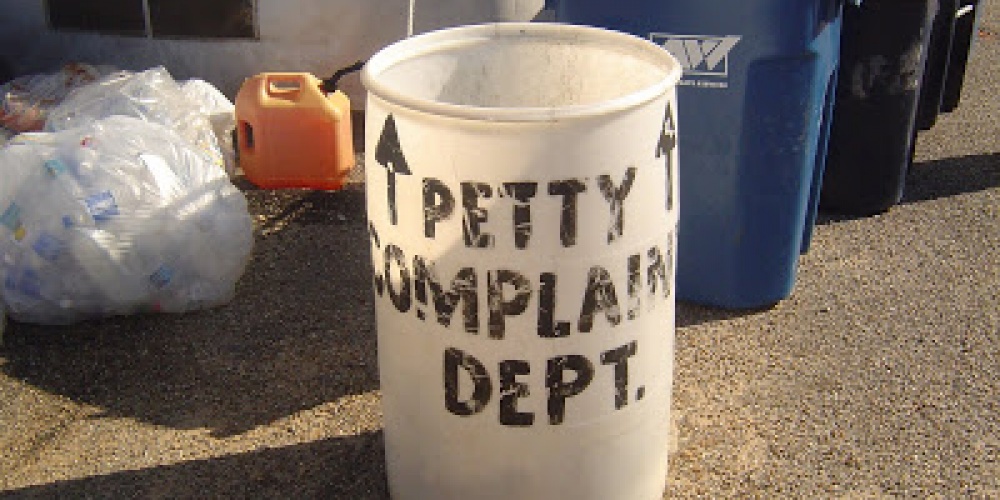 Rabbi Jay Kelman, CPA, CA
| Beha'alotcha
"It was in the second year, on the 20th day of the second month, that the cloud [of glory] rose from the Tabernacle of Testimony" (Bamidbar 10:11). It was on the previous Rosh Chodesh Sivan that the Jewish people arrived at Sinai, spending a year (less ten days) there. And what a year it was! Within a week of arrival, they experienced Divine Revelation. That was quickly (and sadly) followed by the sin of the Golden Calf, as well as the building and dedication of the Mishkan, and a census as they readied to conquer the land.
Finally, the long trek from Egypt to Israel--both physical and spiritual--was reaching its destination. Even the name of the parsha, beha'alotcha, literally when you lift up, resonates with the idea of going up. The image of light with which the parsha opens, commanding the lighting of the menorah, is far from coincidental. Just as Creation begins with light, and the giving of the Torah was accompanied by "thunder and flames", so, too, the entry to the land was to be accompanied by light--that of G-d leading us in the desert with a pillar of fire, and our daily lighting of the Menorah. Yet instead of going up, the Jewish people fell. This is no good and that is no good, they murmured. Even Miriam and Aaron got into the act, expressing dissatisfaction with Moshe's choice of a marriage partner.

The complaining reached the point that, instead of fire to lead the people, "the fire of G-d burned them and consumed the corner of the camp...and that place was called Taveriah (burning) because there did the fire of G-d burn" (11:1-3). The situation was so upsetting that, to break up the constant complaining, the Torah inserted two verses - that of vayehi binsoah, when the ark would journey, and uvenucha yomar, when it rested--in order "to pause between punishment and punishment". The Torah surrounds these two verses with inverted letters nun, symbolizing nefilah, or falling down.

These two verses are said today when we remove the Torah from, and return the Torah to the ark, respectively. While we happily sing vayehi binsoah, we are meant to remind ourselves about the dangers of incessant complaining, of losing sight of the bigger picture because of some temporary inconvenience. How sad when a march to Israel is stillborn because one is worrying about meat instead!

Moshe is distraught at the distorted priorities of the people, and feels his mission has been a failure. He expresses anger at G-d, "that You place the burden of the entire people upon me...if this is how You deal with me, then kill me now"(v. 11 & 15).  As Rashi notes, Moshe lost his strength. His weakened state was such that he even questioned G-d's ability to provide meat for the entire nation. Rashi suggests that this was a much more grievous sin than that which caused him to die in the desert, yet since it was done in private he avoided harsh punishment.

Contrast this to the aftermath of the golden calf, where Moshe is emboldened and basically demands that G-d forgive the people. Moshe realized, the Talmud notes, that the fate of the Jewish people was on his shoulders--"immediately, he stood up and was strengthened in prayer and asked for mercy". But that is not all: "'Now, leave Me so that My wrath be enraged against them, and I will destroy them and make you into a great nation' (Shemot 32:10); if not for the fact that it was written, it would be forbidden to say; it teaches that Moshe grabbed the Holy One and said, 'Master of the Universe, I will not release You until you forgive and pardon them'" (Brachot 32b).

Desiring a god--even if that entails idolatry--is something that is understandable (even, in a perverse way, laudable), and that sin was relatively easy to forgive; it was the method, not the goal that were mistaken. But undermining a glorious mission with the mundane issues that were the focus of the people was too much, even for Moshe.

After his siblings criticize him, the Torah tells us that Moshe was the most humble of men who walked the face of the earth. He acted not for himself, but for others--sacrificing everything he had for his people (that may explain why he was hesitant to take on the job in the first place). When such dedication is basically ridiculed with pettiness, the impact is great. And, truth be told, Moshe never fully recovered. He faced one crisis after another, eventually failing to sanctify G-d's name, which disqualified him from leading the people to the land of Israel.

We often complain about the level of our leaders. But they reflect the priorities of the people. A leader is only as effective as his followers will allow; and while great leaders motivate and inspire, not even a Moshe can lead people along a path they have no desire to follow. What a wasted opportunity! Let us not repeat those mistakes.