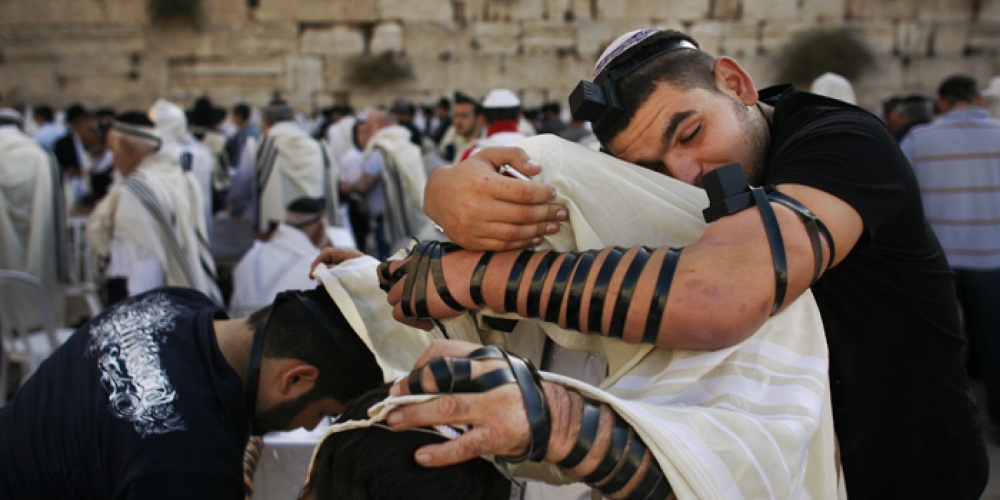 The kohen gadol performed vidui, confession, three times on Yom Kippur. The first two were done using his own personal bull offering, asking for forgiveness for the sins of his family and for his fellow kohanim. The third vidui, for the sins of the people of Israel, was done with the shair hamistalech, the "scapegoat" that would then be led off to the desert and hurled off a mountain.

In pleading for forgiveness, the kohen gadol asks pardon for three types of sins; chet, avon, and pesha. A chet is a sin done unwittingly. It needs forgiveness as ultimately, all mistakes are--to one degree or another--caused by ignorance, negligence, or both (See Rambam Hilchot Shegagot 5:8). An avon is an intentional sin, where we know something is wrong but do it anyway, giving in to our desires. Apesha is a rebellious sin, violated not for enjoyment, but as an act of defiance and rebellion.

The Gemara (Yoma 36b) records an interesting argument regarding the exact order of this vidui. Rav Meir claims the order should beavon, pesha, and chet. He bases his argument on biblical precedent where--after the sin of the golden calf (the reason we have Yom Kippur in the first place)--G-d reveals to Moshe His 13 attributes, which then serve as the basis for our pleas of forgiveness (see Rosh Hashannah 17b). G-d tells Moshe that He is a noseh avon vapesha vechata'ah, forgiver of iniquity, willful sin, and error (Shemot 34:7). Similarly, the Torah tells us the kohen gadol is to lean on the shair hamistalech and confess for the avonot, peshaim, and chatatim of the Jewish people.

Yet despite this seemingly solid Biblical precedent, the Sages disagree, arguing that such an order makes little sense. Rather, they claim, the order should be chet, avon, and pesha. "After having confessed for intentional sins and for the rebellious sins, he should then confess for sins committed unwillingly?" Having achieved forgiveness for intentional and rebellious sins, surely there is no longer a need to mention our inadvertent sins[1].

Rav Meir focuses not on forgiveness but on the teshuva, moving from those sins for which teshuva is relatively easy to those whereteshuva is most difficult. When one sins intentionally, "all" that is required is a decision to repent. It is obviously harder to do teshuvafor sins of a rebellious nature, where we must admit to a flaw in our character. However, when it comes to an inadvertent sin, teshuva is most difficult. Due to our ignorance or carelessness, we may not even recognize that we have sinned, making teshuva impossible[2].

Jewish tradition has accepted the view of the Sages that we saychatati, aviti, pashati. This, despite the fact that, as the Gemara itself notes, "the reasoning of Rav Meir is more compelling, as it is supported by the biblical verses".  Compelling or not, Yom Kippur, first and foremost, expresses the deep love of G-d towards His people as He grants us forgiveness. While we are mandated to repent, Jewish thought teaches that as long as one identifies as a Jew, the shair hamistaleach can actually atone for many (but not all) sins, even if we fail to do teshuva.  It is no coincidence that the last Mishnah of Mashechet Yoma ends with Rabbi Akiva's comforting words: "Blessed are you, Israel; before whom are you purified, and who purifies you? Your father in Heaven....just as a mikvah purifies the impure, so too does G-d purify the people of Israel".

[1] The Sages, faced with Rav Meir's seemingly unassailable biblical proof, explain that the reason the 13 attributes of G-d are listed asnoseh avon vapesha vechata'ah is to reflect Moshe's request that our intentional sins should be considered as accidental. Interestingly, they do onto offer an alternate explanation for the order of the verse by the shair hamistaleach itself.

[2] I thank one of my high school Rebbeim, Rabbi Meyer Berglas, for this insight--which I imagine, with the passage of time, I may have tweaked somewhat.