Yom Yerushalayim: Where is Jerusalem 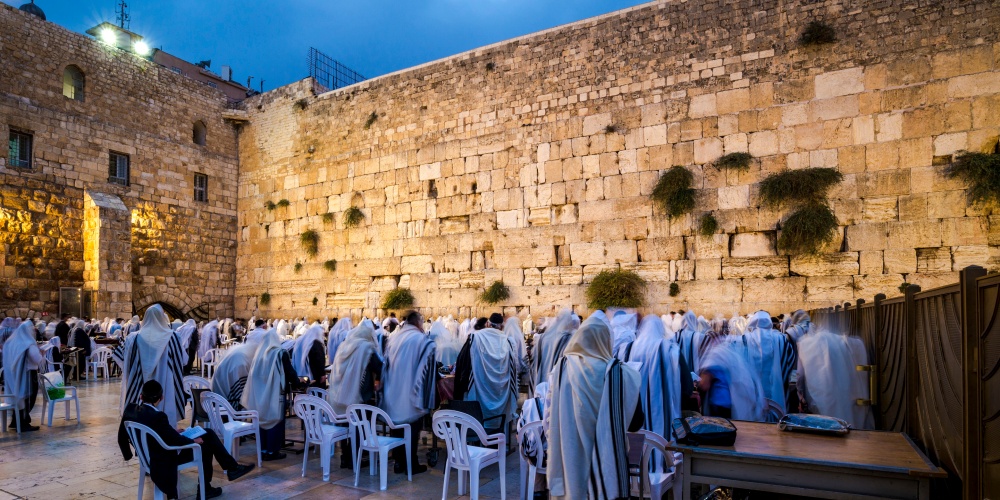 One could quite reasonably make the argument that the overarching goal of the Torah is the establishment of a Jewish state that will serve as a model for the world. A nation that demonstrates that one based on the most exacting of ethical standards can also be a most successful state, thereby serving as a light of inspiration to others. “Observe them faithfully, for that will be proof of your wisdom and discernment to other peoples, who on hearing of all these laws will say, ‘Surely, that great nation is a wise and discerning people!’” (Devarim 4:6).

A Jewish state is the vehicle for the Jewish people to collectively fulfil the mitzvah of kiddush Hashem, sanctifying G-d’s name. While each and every one of us has a personal obligation to sanctify G-d’s name wherever we may live, we as a people have a collective mission to do so, one that can be fully achieved only in the Land of Israel.

G-d tasked Moshe Rabbeinu with the mission to take the Jewish people from Egypt to the Land of Israel[1]. Moshe pleaded and pleaded [2] to be able to enter the land, but was unable to do so, and thus, unable to “practice what he preached” and keep many of the mitzvot of the Torah. The story of the Jewish people begins with G-d’s command to Avraham to journey to the Land of Israel. And in a rather daring comment, Rashi claims that the creation story is written in the Torah in order to bolster the claim the Jewish people have to the land of Israel. The Sifri, the rabbinic legal Midrash, goes so far as to claim that mitzvotoutside the Land of Israel—even those having no connection to agriculture—are performed for the purpose of practice only, so that we will not be rusty when we return to the land. For many, the above—and much more linking the Torah and the Land of Israel—are well known, though that does not mean a reminder is out of order.

Yet despite the importance of the Land of Israel, the city of Jerusalem is never mentioned in the Torah. The Torah describes how the spies traversed the land from north to south, but not a word about Jerusalem. Compounding the question is the fact that the Torah, primarily in parshatRe’eh, instructs that we may bring sacrifices only “to the place where G-d will choose to have His Name dwell”; yet we are never told that this place is Jerusalem. Precisely because Jerusalem occupies such a central part of our weltanschauung, its absence from the Torah is all the more striking.

Perhaps this lacuna is connected to another theme, also one that can reasonably be argued is the overarching goal of the Torah: namely, that there is one G-d in this world and we must worship Him. The Torah begins with the powerful words of G-d, the Creator of the universe. G-d reveals Himself at Sinai as the G-d of history. Over and over again, Moshe warns the Jewish people not to follow the idolatrous ways of the nations dwelling in the Land of Israel, linking these two themes. And beginning with Rabbi Akiva, Jews went to their deaths reciting the Shema, declaring the unity of G-d.

The Torah was apparently afraid that Jews might come to worship Jerusalem itself, seeing it as an end in itself as opposed to a means to an end. According to many commentaries, Rashi amongst them, the command to build a Mishkan, a house for G-d, was made necessary only because of the chet haegel. Only then did G-d “realize” that the Jewish people could not worship an abstract G-d. Yet the Mishkan, and later the Beit Hamikdash and Jerusalem, are places to worship G-d, not places that one worships. It is for this reason Mount Sinai has no kedushah, holiness, attached to it; we do not even know where it is. If we did, it could have run the risk of being deified.

Similarly, G-d insisted on burying Moshe in an “unknown grave”. For good reason, G-d was afraid people would worship a dead human and not a living G-d.

It is precisely because Jerusalem is so important that it is not mentioned in the Torah. G-d wants us to never forget that, important as it may be, Jerusalem should not be worshiped. It is why Rav Yochanan ben Zakai, given the opportunity, did not ask for Jerusalem to be spared, understanding that the Jewish people needed a paradigm shift, one that could only happen far away from Jerusalem, in the coastal town of Yavne. And it is due to that decision that we are here today, and did not disappear like so many other Jewish sects that existed at the time.

If Jerusalem is the means, what is the end? “The built-up Jerusalem is like a city that was joined together within itself” (Tehillim 122:3). Jerusalem is the city that must unite Jews in the service of G-d. It is where we come together, “so that you may learn to revere the Lord your G-d forever” (Devarim 14:22). But only if we are united as a people can this worship of G-d be meaningful. “When they assemble together in one band and there is peace between them, only then is He their King, but not when there is dissension among them” (Rashi, Devarim 33:5). And when peace is replaced by dissension, by sina’at chinam, our claim to Jerusalem is lost.

The expression Yerushalayim shel Zahav conjures up images of Naomi Shemer’s beautiful song, composed on the eve of the Six-Day War, a period that saw an outpouring of Jewish unity that perhaps rivaled that of our ancestors as they were encamped at the foot of Mount Sinai. This moving song has its origins in the Yerushalayim shel Zahav, a beautiful golden piece of jewelry that Rabbi Akiva gave to his wife (Shabbat 59a).

It is the love of a husband and wife that is the epitome of ahavat chinam, pure love. It is the secret to rebuilding Jerusalem. “Whoever brings joy to a bridegroom and bride is as if they have rebuilt one of the ruins of Jerusalem” (Brachot 6b).

It is Rabbi Akiva who teaches us the meaning of love for one’s wife, love for all people, and love for G-d, they being different sides of the same coin.

And it is this same Rabbi Akiva who, seeing foxes running on the ruins of the Temple, could laugh, knowing that as terrible as the destruction was, the rebuilding would be even greater (Makkot 24a).

Fifty-four years ago, Jerusalem was united under Jewish control. Fifty-four is three times chai, three representing a chazakah, a state of affairs that can be counted on to continue. I write these words as rockets are being launched into Israel. We have not yet merited the complete canopy of peace. But we have merited much. The city Yirmiyahu mourned as desolate without its children has witnessed the fulfilment of the vision of Zecharia (8:4-5) that, “There shall yet be old men and women in the squares of Jerusalem, each with staff in hand because of their great age. And the squares of the city shall be crowded with boys and girls playing in the squares”.

Despite our many different backgrounds, temperaments, cultures, visions, and so much more, the Jewish people have come together to build a thriving country with Jerusalem as its capital. Let us pray that our sense of shared purpose will continue to grow stronger and stronger, and Jerusalem will be the city that unites all in peace, both internal and external, a Jerusalem of gold.

[1] Rather strikingly, missing from G-d’s initial charge to Moshe is the receiving of the Torah at Sinai. “I have come down to rescue them from the Egyptians and to bring them out of that land to a good and spacious land, a land flowing with milk and honey, the region of the Canaanites, the Hittites, the Amorites, the Perizzites, the Hivites, and the Jebusites” (Shemot 3:8). Whatever the reason may be, its omission is glaring and no accident.

[2] Our rabbis claim that Moshe prayed 515 times (the numerical value of the word vaetchanan) to be let into the Land of Israel, and stopped only when ordered to do so by G-d.

[3] Our Sages, cognizant of the fact that it is not humanly possible (nor desirable) to love others as we love ourselves, note that re’acha means one’s spouse—whom, as did Rabbi Akiva, we can love as ourselves.