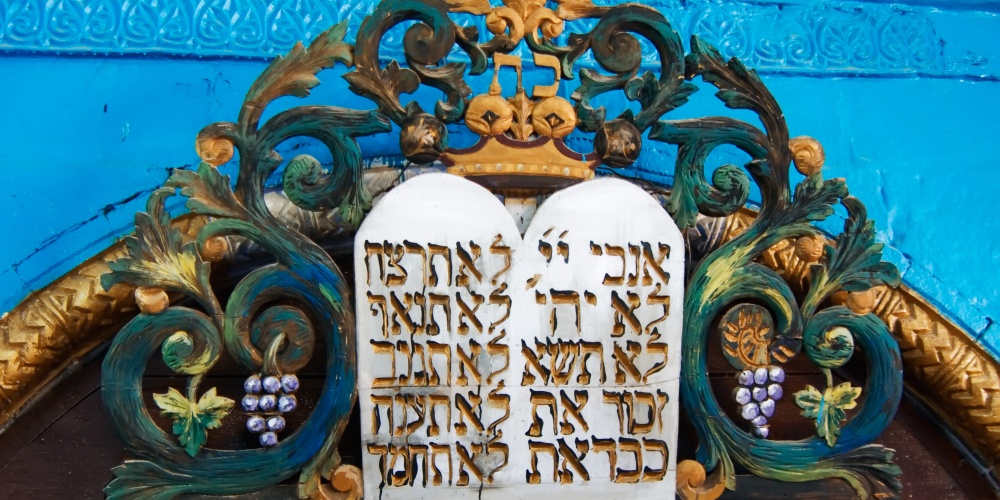 In his categorization of mitzvot, the Rambam lists as the first mitzvah belief in G-d. He begins his monumental code by telling us that “the foundations of foundations and basis of wisdom” is to know that there is a First cause Who created everything. Yet it was Rabbi Akiva who taught that the command to love our neighbour as ourselves is the fundamental principle of the Torah. Rabbi Akiva was following in the footsteps of the great sage Hillel who declared that the entire Torah can be summed up by the corollary of loving our neighbour, namely “that which is hateful to you do not do unto others” (Shabbat 31a). Which is it? Is the fundamental principle of the Torah to love our neighbour, or is it belief in G-d? Or perhaps we have a difference of opinion.

A cursory analysis of the Aseret Hadibrot will clarify that loving your fellow man and belief in G-d are flip sides of the same coin; you cannot have one without the other. Thus the dibrot which on one side speak of our relationship to G-d, and on the other our relationship to man, form an integrated whole. They are joined together to make up the “words of the covenant”. Honouring our parents while seemingly a mitzva between man and man is placed with the mitzvot between man and G-d. By honouring man we are honouring G-d. And by strengthening our relationship with G-d we will come to honour man who is created in the Divine image. Thus Hillel, Rabbi Akiva and Maimonides are all in agreement. The fundamental principle of the Torah is belief in G-d, which means showing love to our fellow human being.

While we must work to both deepen our relationship to G-d and sensitize ourselves to the needs of man the method to achieve our goals may slightly differ. The Aseret Hadibrot begin with the acknowledgment of the G-d of history followed by the recognition of absolute monotheism. Only then do we move to watching our speech and finally to action in the observance of Shabbat and honouring those who “created” us. We start from the intellect and move towards action. When we analyze the mitzvot between people we see the reverse pattern. Here we start with actions and proceed to thought. The action prohibitions of murder, adultery and stealing (kidnapping) are followed by speaking truthfully and only then are we commanded to ensure that our thoughts towards are neighbours are pure and free of jealousy.

Our relationship with G-d must start with our absolute belief in His authority. It is acceptance of G-d that must serve as the foundation for performing mitzvot between man and G-d. Only once we accept the notion of a Divine command, mitzva, can we begin to ask what are the specific details of the mitzvot. By “reversing” the order, by doing without believing, we would be making a mockery of our “observance.” Performing rituals just because our parents did them without acceptance of the Divine command is of little religious significance. Mitzvot are then replaced by nostalgia.

However, our inter-personal relationship must start from the opposite axis. The Torah is less interested in one’s feelings towards the other. Just act in a way that reflects His Divine image. If you do so, if you invest in that person, you will come to like that person and may even eventually reach the stage of no jealousy. Our Sages teach us that parents and teachers are never jealous of their children and students. They have invested so much, have shown so much caring and love, that they identify wholly with them. If we wait until we are not jealous and only then help the person we would still be waiting.

The methods might be different but the goals are the same: Enhancing the Divine image by creating a just and caring society. This is the mandate of the Aseret Hadibrot. Let us do and let us listen.