Yevamot 63: Why Have Children? 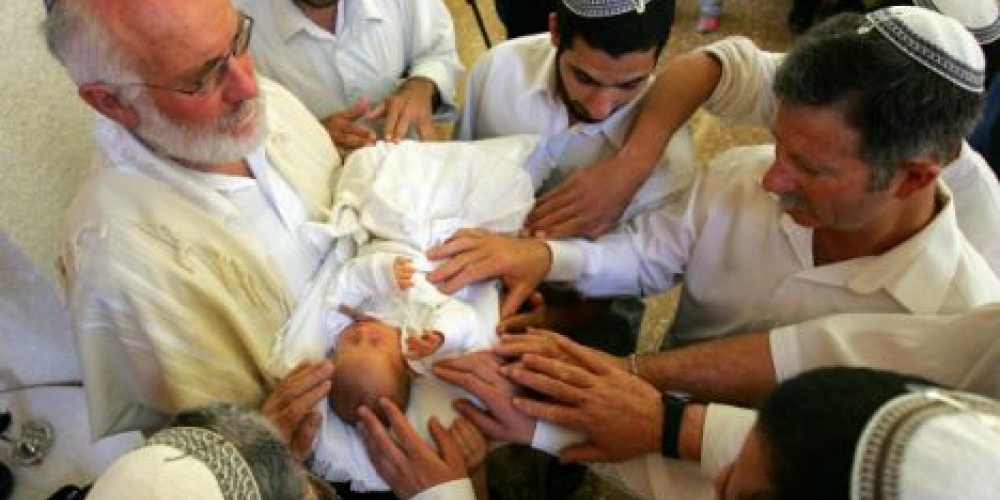 "And G-d blessed them; and G-d said unto them: 'Be fruitful, and multiply, and replenish the earth, and subdue it; and have dominion over the fish of the sea, and over the fowl of the air, and over every beast that walks on the land'" (Breisheet 1:28). Here we have the source for the very first mitzvah of the Torah--or do we?

"One must not cease from pru urevu unless he has children: Beit Shammai says, two sons; and Beit Hillel says, a boy and a girl, as it says 'male and female He created them'" (Breisheet 5:2, Yevamot 61b).

Interestingly, the proof text cited by the Mishnah explaining the view of Beit Hillel is taken not from G-d's command[1] to be "fruitful and multiply", but from the verse, "This is the book of the generations of Adam. On the day that God created man, in the likeness of God made He him; male and female created He them, and blessed them, and called their name Adam, on the day when they were created" (Breisheet 5:1-2). While the verse describes creation, incredibly, it makes no mention of being "fruitful".

The Mishnah also quotes no source for the view of Beit Shammai, leading the Gemara to ask, "What is the reason for Beit Shammai?". The Gemara then cites a proof text from the last of the 24 books of the Bible "where it is written 'the children of Moshe were Gershom and Elazar' (Divrei Hayamim 1, 23:15), adding, "and Beit Hillel derives it from the creation of the world".

It seems that we have before us two models regarding the nature of the mitzvah of having children. For Beit Hillel, having children partners us with G-d, and is the greatest manifestation of our Divine image. The Torah opens with the story of creation. Such is not meant as a scientific description--if it were so, the Torah does a very poor job--but as a moral imperative. Just as G-d creates, so, too, must man create. And there can be no greater act of creation than bringing children into this world. Just as G-d created male and female, so, too, is man to create male and female.

Beit Shammai has a different approach. "He looked in the Torah and created the world" (Zohar, Parshat Terumah). As Rashi notes on the very first verse of the Bible, "[God created the world] for the sake of the Torah". Torah is the blueprint of the word and the purpose of its creation. And it is Moshe Rabbeinu who is the embodiment of Torah and its primary role model. If he had two sons, then if we have two sons, we fulfill the mitzvah of pru urevu. Children are the means by which we pass Torah from generation to generation. "And you shall teach your children" (Devarim 6:7)--"these are your students" (Rashi).

The view of Beit Shammai reaches its apex in the persona of Ben Azzai. "It was taught: R. Eliezer stated, 'He who does not engage in [the mitzvah of] pru urevu...Ben Azzai said [it is] as if he sheds blood and diminishes the Divine Image'" (Yevamot 63b).

Not only is pru urevu the first mitzvah of the Torah, it is, for obvious reasons, the basis of all other mitzvoth. On a practical--though not, G-d forbid, on a moral--level, there is little to distinguish not having children from murder; in both cases, there is less life. That such a teaching could emanate from Ben Azzai was somewhat startling to the Rabbis. "They said to Ben Azzai: Some preach well and act well, others act well but do not preach well; you, however, preach well but do not act well!". Here we have a single man--well past the age of marriage--preaching about having children while neglecting the mitzvah himself.

"Ben Azzai said to them: What can I do that my soul is in love with the Torah? The world can be carried on by others" (Yevamot 63b). It is clear from his response that he realized his own choice to remain fatherless was far from ideal. But "what could he do"? His total love and dedication to Torah precluded fatherhood. Changing a diaper at two in the morning, shopping, spending time in social niceties, and perhaps above all, working to support a family were all distractions from learning. And he had the insight to realize marriage was not for him and would be even worse for his wife and children. He was married to Torah and could marry no others.

Ben Azzai was right. Getting married causes major distractions from learning. It is, however, the path to Godliness. Ben Azzai was most cognizant of his failing, and his self-criticism was likely most cathartic.

Interestingly, when discussing this passage, the Rambam writes that "one [whose] soul loves Torah always, and meditates on it like Ben Azzai, and is attached [only to it] all his days, and he does not marry a woman, there is no sin in his hands" (Ishut 15:3).

Ben Azzai--taking the view of Beit Shammi to an extreme--felt the purpose of having children was to pass on the traditions of Torah to future generations. While the preferred method of doing so is through biological children, one can fulfill such by teaching Torah to others. "And you shall teach your children"--these are the students.

G-d is the melamed Torah le'amo Yisrael, the One who teaches Torah to His nation, Israel. And while one might imitate G-d by creating children, one can also imitate G-d by teaching the children of others.

Yet we do not only 'not want to sin'. We want to do mitzvoth. In an age of assimilation, apathy, and alienation, it is imperative that we bring many Jewish children into the world and raise them in the beautiful paths of Torah.

[1] The commentaries explain that, rather than being a command, it is a blessing.