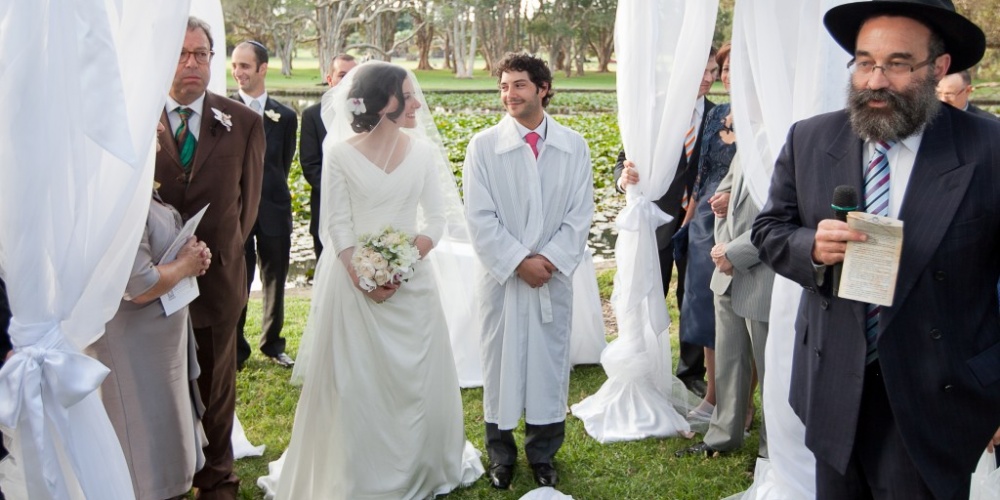 Masechet Kiddushin opens by delineating the three methods by which one is mekadesh, betroths, a woman. Masechet Yevamot, on the other hand, opens by delineating the fifteen cases where yibum is not required and hence not allowed. The first fifty pages of the masechet focus on analyzing various scenarios and their impact on the mitzvah of yibum. Only after we near the midway point of the masechet does the Gemara actually discuss the process of yibum. Perhaps this editorial framework reflects the general ambivalence towards yibum itself. While all agree that kiddushin is the ideal[1], our Sages debated whether yibum should actually be avoided in favour of chalitzah.

"Rav Huna said: the mitzvah of yibum [is as follows]. One is mekadesh, betroths, and he then cohabits with her...and if he cohabits with her without ma'amar, they are married...How does one perform ma'amar? He gives her money or something of monetary value, i.e., a ring; and [how does he betroth] with a document...?" (Yevamot 52a).
According to Torah law, the mechanism for yibum is only through biah, cohabiting with one's widowed sister-in-law. This is in contrast to a non-yibum wedding where, in addition to physical intimacy, a marriage can be effected through kesef, giving something of monetary value to a woman; or giving a shetar, handing the woman a document signed by two witnesses containing a declaration of marriage[2].
It is precisely because kesef is not directly mentioned in the Torah, but derived by means of a gezeirah shava[3], that it is the preferred form of marriage. "When a groom turns to his bride and says Harei at mekudeshet li b'taba'at zo k'dat Moshe v'Yisroel, "Behold, you are betrothed to me with this ring according to the laws of Moshe and Israel", he is not merely reciting a legal formula. Rather, he is sanctifying the most intimate of relationships and affirming the authority of our rabbinic sages[4]. The most sacred and inviolable of institutions derives its authority not from the text itself, but from rabbinic interpretation of such text. A Jewish couple, in setting up their home, dedicate themselves both to da'at Moshe, Torah law, and to Yisrael, the Sages of Israel. As we have previously noted, the biblical description of marriage is most indirect, serving as the introduction to the laws of divorce and the prohibition against remarrying one's ex-wife if she married in the interim[5].
It is the married couple who must imbue their relationship with holiness[6]; from one focused on "taking a wife", on physicality, to one where the couple join together in service of the divine.
That marriage is so much more than "taking" a wife can be seen by the fact that the Talmudic sage Rav used to order that lashes be given to all who betrothed with cohabitation alone. The fact that this method of kiddushin is legal, that is the one most based on the written word of the Torah (Devarim 24:1) does not make it moral and surely does not imbue it with holiness.

And what is true of marriage in general is also true of yibum. Our Sages ordained that here, too, we must have a "religious ceremony" before one actually does yibum. Unlike the use of kesef which, if not written, is at least derived from the text, the "ma'amar" by yibum is a rabbinic innovation helping to sanctify what is, under normal circumstances, an incestuous relationship.

[1] Whether or not kiddushin itself is technically a mitzvah or is a preliminary stage to fulfilling the mitzva of having children is a debate amongst our medieval authorities. In any event all agree it serves to sanctify us a people.

[2] The universal practice is to give a ring followed by the oral declaration of "harei at mekudeshet li b'taba'at zo k'dat Moshe v'Yisroel". Yet, as the Gemara in Kiddushin (6a) discusses, when a man and woman are discussing marriage, handing her a gift even without any declaration may be enough for a marriage to be effected.

[3] This technique takes a similar phrase found in two disparate parts of the Torah as a hint to form a linkage between the two, so that a law found in one place can be applied to the other. As this method is potentially open to great abuse, our tradition teaches that one can only employ this technique if one has a tradition from his teacher that a specific link exists (Pesachim 66a).

[4] It is this acceptance of rabbinic authority which is the basis of the Talmudic discussion of annulment of marriage. By agreeing to marry in accordance with the rulings of the Sages, one gives the Sages (under certain, very limited circumstances) to right to annul the marriage.

[5] Rabbi Michael Rosensweig notes that both marriage and divorce are not inherently Jewish--the Torah thus took existing institutions and sanctified them. The way to highlight this is by framing them both in a discussion about how we protect the kedusha of marriage, such as the prohibition against remarrying one's ex-wife, which prevents legal wife swapping. (I thank Rabbi Jonathan Ziring for this and many other insights.)

[6] The holiness of Shabbat, its existence pre-dating the Jewish people, is inherent and created by G-d. But all other forms of holiness--be it the land of Israel, yom tov, marriage, sacrifices, terumah--require man to act to create that holiness.