Who Is Invited to the Seder? 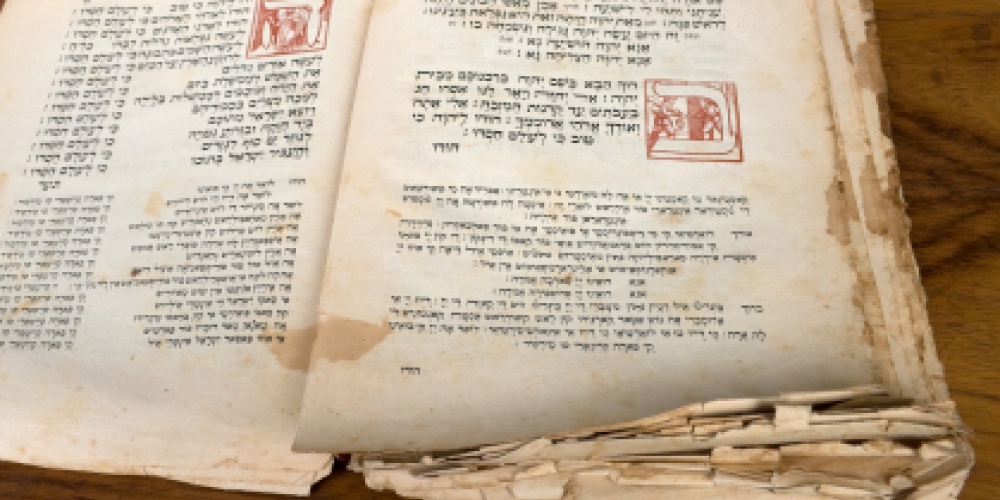 This d'var Torah is sponsored by David, Karen, & Beca Bookman, in memory of Karen's mother, Hilda Libman z”l, of Toronto. May we have a joyous and meaningful Pesach, and celebrate smachot.

"Rabbi Elazar ben Azaria said: Behold, I am like 70 years and I did not merit [to convince the rabbis] that the Exodus should be mentioned at night until...”. The text then goes on to explain the basis for the practice of mentioning the Exodus both morning and evening.

The phrase "that night" in this particular context is significant. Coupled with the focus on Rabbi Elazar ben Azaria, it reminds one of "bo bayom", that day on which Rabbi Elazar ben Azaria was appointed Nasi (the leader of the Jewish people). The phrase "like 70 years" is yet another reference to that event; the Talmud (Brachot 28a) explains that he was actually much younger than 70 when he was appointed. Fearing that such a youthful person would not get the respect he deserved, a "miracle" occurred, and he grew white hair overnight. This helped him to be taken seriously in his new role.

Sensitivity to others is the central message of the Exodus. “You shall be kind to the stranger, as you were strangers in the land of Egypt” is a refrain that is repeated over and over again in the Bible; it appears a total of 36 times in various formulations (see Bava Metzia 59b). This was a lesson that Rabban Gamliel had initially failed to learn. He had humiliated another of the B'nei Brak seder participants, Rabbi Yehoshua, on three distinct occasions. Rabban Gamliel was thus removed from office for his lack of sensitivity and replaced by the aforementioned Rabbi Elazar ben Azaria (see Brachot 27b-28a). Most interestingly, Rabban Gamliel is missing from the seder in B'nai Brak.

While sensitivity is the message of Pesach, the theme of the Haggadah is education. "And you shall teach your children" is an idea that reverberates through almost every aspect of the seder. The Talmud introduces the four questions with the remark, "If there is no knowledge in the child, the father must teach him". The common explanation for many of the more curious aspects of the seder is, “So the children should ask”. The need to tailor our educational approach to the unique needs of each individual child is the theme of the Four Children.

Rabban Gamliel and Rav Elazar ben Azaria personified two different approaches to education. Rabban Gamliel felt that serious Torah study was only for the elite few. Rabbi Elazar had a more inclusive approach, allowing all who were interested into the beit midrash . The Talmud notes that, on the day of Rav Elazar's appointment, the guard that Rabban Gamliel had stationed at the doorway to block all but the best students was removed; 700 benches had to be added to accommodate those who had previously been refused entry.

Rabban Gamliel also seemed to move amongst the financial elite. As a man of great wealth, the Talmud notes how unaware he was of the struggles of those of his rabbinic colleagues who were financially less fortunate. “Woe unto the generation in which Rabban Gamliel is its provider” (Brachot 28a). It is most difficult for the wealthy to feel the pain of the poor.

Yet the Talmud beautifully relates how Rabban Gamliel learned the necessary lessons from his demotion. Displaying great humility and sensitivity, he continued to attend the beit midrash under Rav Elazar's leadership. After he apologized to Rabbi Yehoshua, he was actually reinstated to his former position, sharing duties with Rabbi Elazar ben Azaria.

This duality is a necessary component of Jewish life. While we must always strive to be inclusive, we need to be reminded that there are limits to what we can accept. Some things are just outside the bounds of tolerable behaviour.

We reflect on this duality in our attitudes towards the Wicked Son himself. We welcome him to our seder , but we speak most harshly to (actually, about) him. Interestingly, the verse the Torah quotes in response to the question of the rasha does not appear in the Haggadah's response to him; instead, it is Rabban Gamliel's explanation for why we eat the paschal lamb.

The paschal lamb can only be eaten by believing Jews, and only by those assigned to that specific korban. No last-minute guests were allowed to participate. On the other hand, Rabbi Elazar's teaching regarding the recital of the shema is derived from the verses describing Pesach in Jerusalem, where all types of Jews would gather together to celebrate.

We need to accept both of these approaches, that of Rabban Gamliel and that of Rabbi Elazar ben Azaria. One may argue about where the line falls between welcoming all and maintaining standards. But if we err, especially in our generation, I would much prefer to err on the side of inclusivity.