Vayakhel-Pekudei: What's In a Name? 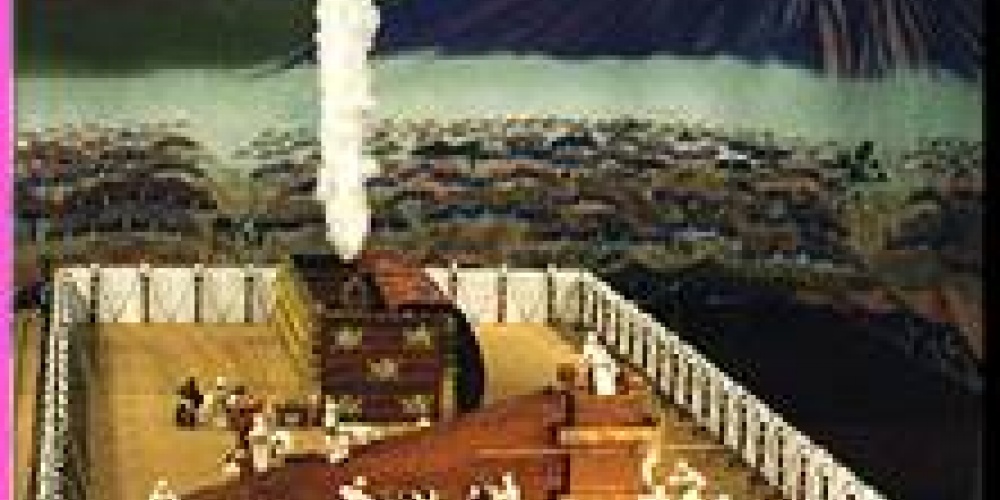 "Moshe said to the Jewish people: See that G-d called in the name of Bezalel, the son of Uri, the son of Chur, of the tribe of Judah" (35:30). As is well known, Biblical names are much more than a way to call somebody. We often associate names with particular events: Yakov getting his name because he held on to the eikev, heel, of Eisav; Reuven and Shimon because G-d saw and heard Leah's pain; Moshe because he was drawn from the water (m'sheetuhu).

Yet Biblical names are much more. They identify roles, ideas, and ideals--and may not be the birth names, or even the actual names, of those identified as such. Esther's name is actually Hadassah, but her new name, Esther--rooted in the notion of hiddenness--reflects the historical change at Purim, where G-d is hidden, prophecy ceases, and humans must act based on their own assessment of the situation.

Perhaps nowhere is this more obvious than in the names of those entrusted with the construction of the mishkan. While the Torah's phrase, that G-d "called in the name of Bezalel", could mean that G-d appointed him, the phraseology seems to indicate even more: that G-d gave him his name, his name being the embodiment of the mishkan. Bezalel translates as "in the shade of G-d", G-d's presence fills the world, and the mishkan is a reflection of His presence in the world.

Bezalel is the son of Uri, light. Light is the symbol of sharing, spirituality, and even intimacy, ideas embodied by the mishkan. If the light is excessive, we protect ourselves by finding shade; we must properly prepare, lest we find ourselves unprotected from exposure to the Divine Presence. This was the mistake of Nadav and Avihu who, in their excitement at the dedication of themishkan, came closer to G-d than was warranted. "With those who are close to me, I shall be sanctified (Vayikra 10:3). Exposure to too much light can be very dangerous.

When the Torah goes back more than one generation in introducing someone, we are being told more than biographical information. Thus, the Megillah links the Purim story with that of the past. Mordechai's lineage is traced back to his great-grandfather Kish, linking him both to royalty (Saul, the first king of Israel, was the son of Kish), and to Amalek. Saul failed in his mission to destroy the ancestor of Haman, Aggag the King of Amalek.

Bezalel is the grandson of Chur, a person of whom we know little--save that he joined with Moshe, Aaron, and Yehoshua in the battle to destroy Amalek, the nation that refuses to acknowledge the Divine Presence in the world. The Midrash teaches that he was killed by a mob when he tried to stop the building of the golden calf. The Chizkuni (Shemot 31:2) notes that the Mishkan was our method of repentance for chet haegel, and G-d's testimony that He forgave the people for their sin. G-d's response to chet haegel was to allow for a tangible presence of G-d, as opposed to a purely abstract one; it is most appropriate that Chur's grandson be the one to carry out that mission.

Rabbinic tradition teaches that Chur was the son of Miriam (Rashi 35:30). It was Miriam who ensured the survival of the Jewish people in Egypt by first convincing her parents to have another child and then by ensuring the safety of that child. Chur is connected to concept ofharon, anger--his killing provoked the anger of G-d, an anger that was somewhat assuaged with the construction of the mishkan.

Bezalel did not build the mishkan alone, partnering with Oholiav ben Achisamach (no mention of a grandfather here) of the tribe of Dan. His name translates as "a tent for me (ohel li) and for my father (Avi)". We are immediately reminded of the ohel moed, the tent of the meeting of G-d and Moshe. Achisamach ("on my brother I rely") teaches that if we can't rely on our brothers--if we are fighting--then G-d will remove His presence from amongst us, leading to destruction and exile. An ohel is a temporary structure; only by our actions can we ensure its permanence.

Bezalel and Oholiav are from the tribes of Yehuda and Dan respectively, that of royalty and judgment. Having the Divine Presence, the King of Kings in our midst--amishkan followed by a Temple in our capital city--is a regal blessing. But we are constantly judged by our actions, especially by how we get along with our brothers. If we fail the test, G-d's protective cover may be removed from us, leaving us exposed to the elements.

How fitting that we end our Torah reading with Parshat Hachodesh, detailing the preparations for the Exodus. Coming together as a family and community, we were worthy of redemption. "In Nissan we were redeemed, and in Nissan we will be redeemed" (Rosh Hashannah 11a). May that day come soon.