VaEtchanan: The People and Moshe 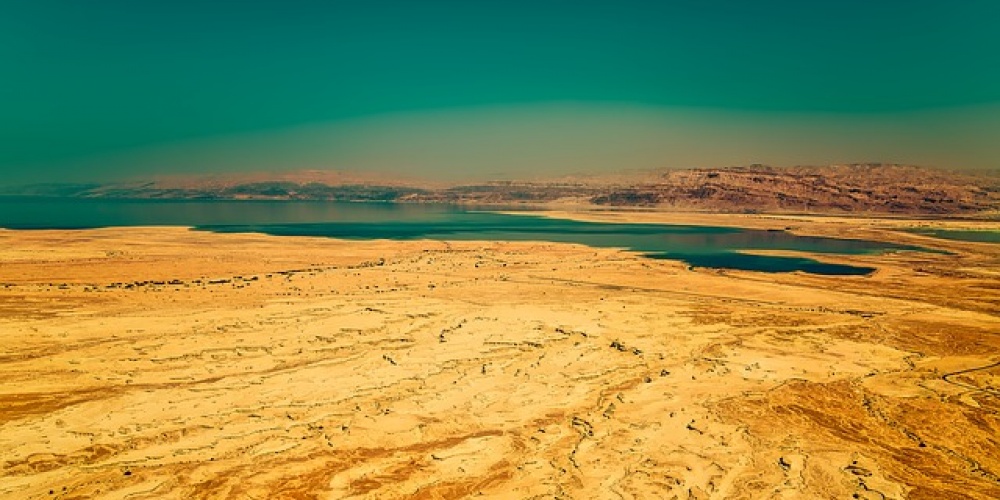 “At that time I pleaded with G-d, saying, ‘O G-d, Lord…please let me cross the Jordan. Let me see the good land across the Jordan, the good mountain’”(Devarim 3:23-25). Moshe Rabbeinu had not yet given up his hope to enter the land of Israel. He pleaded, prayed, cajoled, negotiated, just so he could enter the Holy Land any which way, even as a foot soldier in Joshua's army. If only we had one iota of the depth of his feelings! Yet it was to no avail.

“But G-d turned Himself against me because of you, and he would not listen to me” (Devarim 3:26). Moshe laid the blame squarely on the Jewish people. This was not the first time Moshe had done so. At the beginning of Devarim, Moshe warned the Jewish people not to repeat the sins of the spies and once again delay their entry into the land of Israel. After reminding them of the punishment that befell their parents' generation – wandering and death – he stated, “G-d also displayed anger at me because of you and He said, ‘You, too, will not enter the land’” (Devarim 1:37). Is that true? On four separate occasions, the Torah refers to the sin of Moshe using such language as, “because you believed not in me” (Bamidbar 20:12), “you rebelled against me” (Bamidbar 20:24), “you rebelled against my commandment” (Bamidbar 27:14) and finally, “you did not sanctify me in the midst of the children of Israel” (Devarim 32:51). The Torah seems to make it quite clear that Moshe himself sinned, and that is why he was denied entry to the land.

Yet a closer analysis shows us how right Moshe was. Considering the apparent harshness of the Torah in assessing the actions of Moshe Rabbeinu, one would expect that his sin would be obvious to all. Yet we have no such luck. The commentaries struggled mightily, and perhaps even unsuccessfully, to find some wrongdoing in that incident when Moshe drew water from the rock in the Tzin desert.

The truth is that Moshe committed no obvious sin. At most, it was a slight indiscretion and thus, the name of G-d was not sanctified to the fullest degree. And for Moshe, but nobody else, this was inexcusable. Moshe, as the greatest human being who ever lived, was judged on a much higher plane. And G-d came down hard on him.

In Sefer Devarim, Moshe addresses the Jewish people at large, who time and time again had provoked G-d and Moshe. Yet Moshe, defying normal human reaction, continued to give his heart and soul for the Jewish people. He defended them at every turn. And yet Moshe, quite understandably, had a momentary lapse, lost his temper and did something he would later regret. He was, after all, human. The amazing thing is how seldom he lost his temper. As far as the Jewish people were concerned, it was their fault that Moshe would be unable to enter the land. It was their actions that caused him so much grief and brought him to sin, if ever so slightly. They were the ones who had to mend their ways.

“Eicha, alas, how can I myself alone bear your trouble, your burden, and your strife?” (Devarim 1:12). Rashi, in explaining this verse, quotes the Midrash, which tells us that with which Moshe had to contend. If he arrived to work early, the Jewish people would say he had obviously just had an argument with his family; yet if he arrived late, they would say that he must have been busy plotting against them. Moshe gave everything he had for his people, and instead of expressing even a modicum of appreciation for it, this was the rubbish with which he had to deal with. Truly, it was the fault of the Jewish people that Moshe could not enter the land. And none other than G-d Himself agreed with this assessment. “G-d said to me, you have enough, speak no more to me of this matter.” No, Moshe, you will not be able to get your heart’s desire. But “rav lach”, as Rashi tells us, you have a great reward awaiting you in the World to Come.

It is bad enough that we sin. What compounds our sin is the fact that our sinning can cause our leaders to act inappropriately. For that, we must surely repent.