VaEtchanan: An Extra And 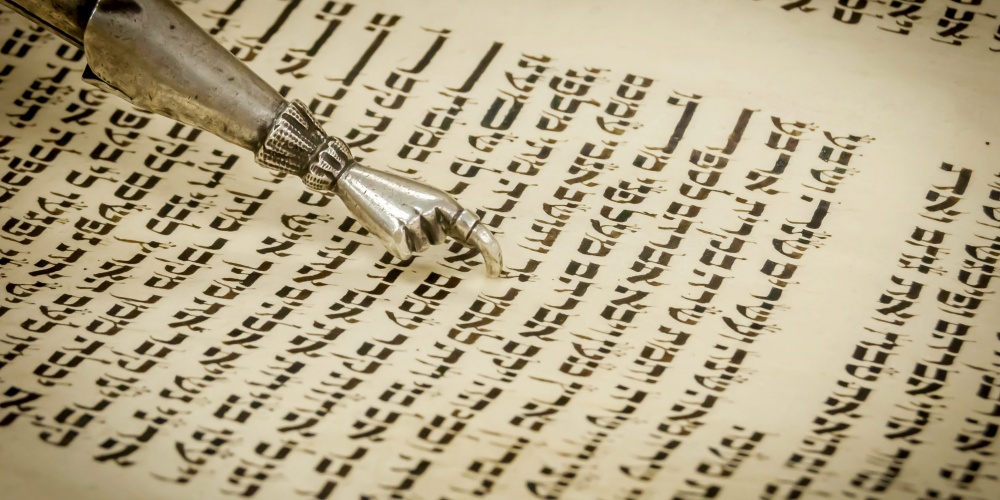 The slight variation is not mere semantics. It was based on the use of both shamor and zachor that our Sages derived the principle that women are obligated to recite Kiddush. Remembering is something we must do, whereas guarding demands that we prevent harm from happening; the dual wording indicates there is to be no distinction between positive and negative command. Thus, despite the fact that Kiddush is a time-bound positive mitzvah—from which women would normally be exempt—the link to shamor indicates that, regarding Shabbat, there are no distinctions between the positive and the negative. Shabbat requires both action and inaction for all.

The duality of shamor and zachor is just one of many differences between the two recordings of the aseret hadibrot. The entire reason for the observance of Shabbat differs: in the first set, it is to recognize G-d's creation of the world; whereas in the second recounting, it is because G-d redeemed us from the slavery of Egypt. Those leaving Egypt needed no reminders of slavery[1] but did very much require acceptance of a monotheistic creator; whereas those who wandered in the desert, living on food from heaven and water from a rock, needed no reminder of G-d, but had to ensure they remembered that freedom must be fought for.

While we are accustomed to finding significance in each letter of the Torah, it is noteworthy that the Ibn Ezra states, “Do not pay attention to changes in the words…to remember is the same as to observe”(Shemot 20:1). It is the meaning and content, not the actual words, which are the essence of the Torah. This perspective—which may seem startling to many today—is rooted in the Talmudic view of Rabbi Yishmael that “the Torah speaks in the language of man”. Just as humans repeat a story using slightly different wording, the same is true of Torah. Ibn Ezra's view, while shared by many of the pashtanim—those who expounded the Torah in its “plain” meaning—has generally been ignored as commentaries continued to “pay attention to words”, finding much meaning in mere words and letters.

One of the often-unnoticed differences between the two versions of the aseret hadibrot is the addition of the letter vav in the “second” set. In parshat Yitro, the Torah tells us, “Do not kill; do not commit adultery; do not steal”. However, in Moshe's recounting of the events at Sinai, the Torah states, “Do not kill and do not commit adultery and do not steal”.

The generation that left Egypt was one for whom spiritual concepts were difficult to conceptualize. Their focus was on the physical: water, food and comfort. When the conditions in the desert did not measure up to those in Egypt, they regretted their decision to leave. Notions such as community-building, planning for the future, a mission, or a vision were foreign concepts. They lived for the moment. One moment they could say, “We will do and we will listen”, and the next they could build a golden calf.

At best, the generation that left Egypt could understand the Torah piece by piece, law by law; but they could not see the broader themes connecting units of the Torah. They could not even understand that their receiving of the Torah was connected to their exodus. To them, the Exodus was an opportunity to better themselves materially and escape the drudgery of Egyptian life. If that meant accepting a Torah, so be it—even if they didn’t know what was in it. Like all the ancients, they understood the idea of a deity who created the world; and thus, they could be commanded to observe Shabbat to acknowledge the G-d of creation.

Forty years later, Moshe demanded much more. The Torah was not just a collection of laws, but a coherent system, with one law dependent on the others. The letter vav connects the diverse laws of Torah into a complete unit. It is not by chance that our rabbis linked the 248 positive mitzvoth to the human body, and the 365 negative mitzvoth to the yearly cycle of the seasons. Each limb and each day is a part of a much larger canvas. Remove one part, and the system is in danger of breaking down; in the words of the Sages, “One sin causes another”. Jealousy is often the precursor of theft, adultery and murder. Shabbat is not just a Jewish belief in a divine creator, but a way to form a community. Slavery had a purpose, and it was the shared experience in Egypt that would allow the nation to flourish. Destroy the common past of a people and their future is put at risk.

When writing a sefer Torah, the custom of scribes is to have each column start with the letter vav, meaning “and”. The entire Torah is really just one long sentence. Its whole is truly greater than the sum of its parts.

[1] In a similar vein one can argue Holocaust survivors need not recite kinnot for the Holocaust - they live it every day. It is those who were born afterwards who must ensure the memory of the Holocaust be properly commemorated. Or as a friend, a child of survivors, told me on Tisha Bav, her father told her that with the exception of Yom Kippur she not need fast - he observed enough Tisha Bavs for the whole family.