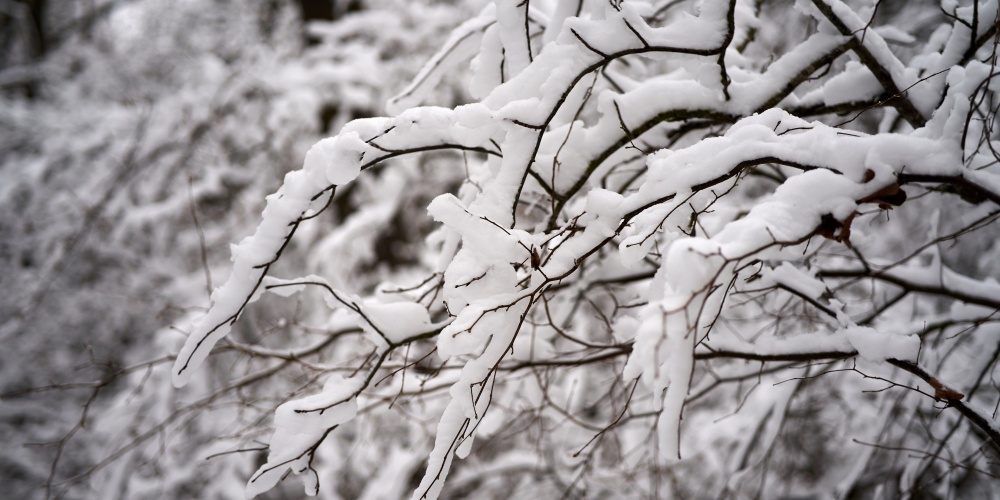 I write these words as I sit looking out the window at the absolutely beautiful snow that adorns our streets, homes, trees and all else outdoors. If white is the symbol of purity, then this is the purest day we have had in many a year. The street cleaners have yet to arrive, the paper was not delivered this morning, the mail did not come and there is nary a person on the street, leaving the snow in its pristine state. It is an opportunity, from the warmth of our homes, to marvel at the beauty of nature—appreciating a mid-January day in Toronto, Canada. Having “attended” a Zoom Tu Be’Shevat seder last night (before the first snow had fallen), the contrast between outdoors and our calendar is rather jarring.

Can it really be that today is the New Year for trees, that today we begin the transition from winter to spring? Of course, I imagine many—especially those living in Israel—will say that Tu Be’Shevat is a celebrated according to the seasons in the land of Israel, and whether or not it is snowing in Canada is not only irrelevant but highlights a crucial difference between the Land of Israel and the Diaspora. But even as that is true, mid-January—or even mid-February in the occasional leap year—hardly seems like the end of winter even in Israel.

From a halachic point of view, Tu Be’Shevat is of dual importance. It is the birthday of all trees, such that regardless of when a tree may have been planted, it marks the end of its third year on Tu Be’Shevat. It is on this date that the orlah period—when it is forbidden both to eat the fruit or to derive any form of benefit from it—ends. When a tree turns one year old is determined 44 days before Rosh Hashanah (the one in Tishrei), so that a tree planted 44 days before Rosh Hashanah turns one on Rosh Hashanah whereas those planted after the middle of Av do not turn one for another 13 months. What that means in practice is that a tree planted in July of 2022 will turn one this upcoming Rosh Hashanah, turn three on Rosh Hashanah of 2024, and the orlah period will end on Tu Be’Shevat of early 2025—somewhat less than three years from when it was planted. If that tree was not planted until September, the orlah period would only end in 2026, somewhat more than three years after it was first planted. Fruit that blooms in year four has the status of neta revai, and that fruit, or its 125% monetary equivalent, is to be eaten in Jerusalem.

Secondly, Tu Be’Shevat as the line marking the end of one year and beginning of the next impacts the rules for the tithing of the fruit of the tree. Depending on whether the fruit of a tree blossoms before or after Tu Be’Shevat will determine which year of the shmitta cycle it belongs to and hence, how much to tithe and whether the tithe should be ma’aser sheni,eaten by the owner (or 125% of its monetary equivalent) in Jerusalem or given to the poor as ma’aser ani.

While the laws of ma’aser apply only to fruit grown in the land of Israel, the laws of orlahapply to fruit everywhere in the world, a notable exception to the other agricultural laws that apply only in Israel. In other words, it seems that Tu Be’Shevat, while rooted in the land of Israel, is also meant to be celebrated wherever Jews may live—regardless of whether the weather is nice (hello, Australia), or it’s time to go skiing.

The Gemara (Rosh Hashanah 14a) explains that we celebrate Rosh Hashanah l’Eilanotduring Shevat because the majority of the rainy season (in Israel) has ended; and, as Rashi notes, it is the time of the first blossoming of the year’s fruit. While most fruit will not be ready for at least a few weeks, their growth is primarily due to the rain that fell up until Shevat.

This duality of Tu Be’Shevat, the blossoming of the first fruits (the almond tree?) and the dead of winter is, it seems to me, reflected in the debate between Beit Shammai and Beit Hillel as to when “Tu Be’Shevat” should be celebrated. Beit Shammai is of the view that the new year for trees is on Rosh Chodesh, the first of Shevat. We, of course, follow the view that it is on the 15th of the month; hence, the name of the holiday is Tu (the numerical value of 15) Be’Shevat. The 15th of the month is when the moon is fullest, when Jewish history shines forth. It is the day we celebrate Pesach and Sukkot, even Purim and Tu B’Av. It marks the completed growth of the moon.

Beit Shammai argues that the Rosh Hashanahl’Eilanot is to be celebrated on the first of the month, specifically when the moon is still hidden or at most, barely visible. “Sound the shofar on the New Moon b’keseh, on the appointed time for the day of our festival (Tehillim 81:4). Our Sages understood the word b’keseh in the context of being covered and hidden and hence, see in this verse a reference to the fact that we are to celebrate Rosh Hashanah specifically when the moon is covered, i.e., on the first of the month. It is when things are hidden that the greatest growth is possible.

Tu Be’Shevat is the reminder that often, the greatest amount of growth takes place beneath the surface, quietly, while no one notices. A cold winter day is much more; while we freeze above the ground, beneath, the seeds of growth are slowly getting ready to sprout forth. The very act of planting a tree demonstrates our faith in the future. It can take years for a tree to bear fruit and thus, those who plant may never enjoy the fruit.

Moreover, with the Torah comparing man to a tree, “for the man is a tree of the field” (Devarim 20:19) Tu Be’Shevat teaches that we can never give up on people. It may look like there is little moral growth, but often the seeds are hibernating, waiting to sprout forth. And some “trees” may take 70 years to properly mature. And sometimes (especially) it is when the planter is no longer present in this world that the tree gives the most fruit.

By sheer coincidence, today is also Martin Luther King Jr. Day. The champion of civil rights planted many seeds of racial harmony and acceptance of differences as he dreamed of a better world. While there has been much progress, there have been setbacks; and there is so much more to do to ensure we live in a colour-blind world. Our task is to plant the seeds for future generations. But that is not enough. We must harvest the fruit of the seeds planted by those who came before us.