Tisha B'Av: The Joy of Jerusalem 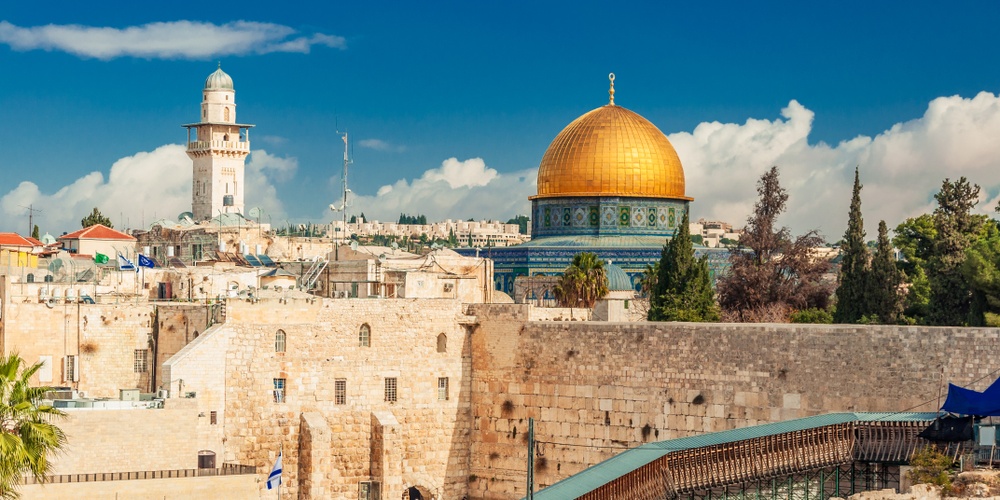 "Whoever mourns for Jerusalem will merit seeing its joy" (Ta'anit 30b). Our Sages seem to be offering words of comfort to those pious Jews over the millennium, who faithfully internalized the suffering of the Jewish people. Though they would not merit seeing the rebuilding of Jerusalem in their own lifetime—that is a blessing reserved for our generation—they would merit seeing the joy of Jerusalem after they were resurrected from the dead.

The Jewish people have always managed to see beyond the difficulties—even tragedies—of the moment towards a better future, one in which the "the earth shall be full of the knowledge of the Lord as the waters cover the sea" (Isaiah 11:9). Thus, Rabbi Akiva could laugh (see Makkot 24b) when seeing foxes running on the Temple Mount, confident that whatever the level of destruction today, the rebuilding in the future would be that much greater. Despite the long and, at times, bitter exile, the Jewish people have been true to this teaching, having never forgotten Jerusalem, never ceased mourning for her, knowing that the Jewish people would merit seeing the rebuilding of Jerusalem. The Jewish people learned to be a patient people, full of faith that a mournful today would give way to a joyous tomorrow

I would suggest, however, that our Sages were not necessarily talking about a distant future. Rather, they were instructing us subtly—as is often their way—as to how to achieve the rejoicing here and now. The path to the rebuilding of Zion is through properly mourning for it.

One of the key functions of mourning, Rav Soloveitchik explains, is that of teshuva. Without death hovering above, man would never feel the urge or the need to repent. Facing no deadlines, man would have no need to act. Realizing any day could be our last means we must live life in a more focused, ethical manner, wasting no time in our efforts to leave a positive mark on this world.  The Talmud even recommends that the way to overcome the temptation to sin is by thinking of the day of death.  During shiva, one has a week to think about the purpose of life, something we often neglect to do in our rush through our daily chores.

What is true on a personal level is true on national level. Mourning for Jerusalem must not focus on the loss of a glorious past, nor even on the pain and suffering the Jewish people have endured over the centuries.  Its focus must be on national teshuva.  While it may be difficult to pinpoint areas in which we must personally improve, no such problem exists on a national level.

"But the second Temple (period), a time in which the Jews were involved in Torah, mitzvoth and gemillot chasadim (loving kindness), why was it destroyed? Because there was contained in it sinn'at chinam, to teach you that baseless hatred is equal to the three sins of idolatry, sexual immorality, and the spilling of blood" (Yoma 9b). This famous Talmudic passage actually contains a striking contradiction. On the one hand, we are told that the Jewish people were full of chesed in their relationship to one another. How, then, can the Talmud turn around and say that the cause of the destruction was sinn’at chinam, seemingly the antithesis of gemilot chasadim? How can chesed and sinn’at chinam co-exist?

The Netziv, in his introduction to Breisheet, explains that, yes, one can be full of kindness, can act with the best intentions of heaven in mind, and yet still be full of sinn’at chinam. Kindness can, unfortunately, contain within it hatred. This occurs when one practices selective chesed , helping only members of one's religious sub-grouping. Helping others, they reason, is helping those who misrepresent Torah, and as such they must be shunned. Despite the noblest of intentions in preserving (their understanding of) Torah, the Netziv writes that, "G-d cannot tolerate such tzadikim." They may be tzadikim yearning to get closer to G-d, but such tzadikim, in the words of the Netziv, "cause destruction of the creation and the uprooting of those who dwell in the land."

"Every generation in which the Mikdash is not rebuilt, it is as if that generation destroyed it" (Yerushalmi Yoma 1:1). The reason the Temple has not been rebuilt is that we, too, are guilty of the sin of sinn’at chinam.

"The built-up Jerusalem is like a city that is united together" (Tehillim 122:3). Unity and Jerusalem go hand in hand. We cannot have one without the other.  Unfortunately, it often takes war to unite the Jewish people.  Let us hope and pray that we will practice kindness to all Jews, especially those who differ from us. We can then merit to join together to celebrate the joy of Jerusalem, in the city of peace. May we be forced to mourn no more.